Cooper Aspire RF9450 pairs, but nothing else works

I have this switch from Amazon: 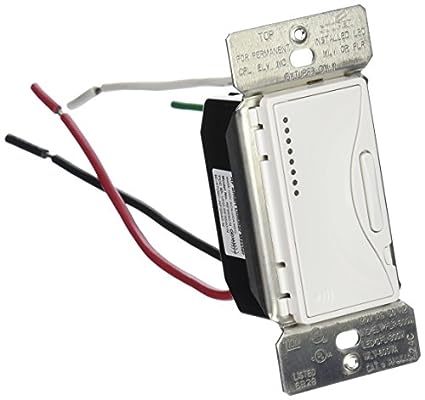 The Eaton RF9540-NAW ASPIRE Master Dimmer replaces standard switches to provide local and remote on/off and dimming controls with a separate dimmer bar. When used with ASPIRE RF and other Z-Wave compl ...

It’s sold under the Eaton brand, but several reviews suggest that it’s the same thing as a Cooper.

The switch paired with some difficulty (I ended up buying a repeater, but I am not sure it’s making a difference), but once paired, it won’t report any activity to the hub, or respond to commands.

The web IDE shows a “z-wave dimmer added” event in the hub log, with this data:

and from various postings in this forum I was under the impression that this switch worked as a plain dimmer switch, as recognized by the hub. But it is incommunicado. The IDE shows NO events ever received from this device.

One strange thing that happened is that out of the box, the blue light blinked to indicate the “not paired yet” status. After the first connection attempt, it stopped blinking, but as I mentioned no further communication was possible. So I unpaired the switch with the General Exclusion procedure, and that seemed to succeed, but the blue light did not resume blinking, even though I was able to pair the switch again.

Eaton is the company, Cooper is the Division, Aspire is the model line. The same device could be listed under any of those three names.

It should work as a generic Z wave dimmer, so it sounds like you may just have gotten a bad device, it can happen.

Thank you JD, that’s a good theory. I will return it.