Does anyone have a recommendation on a compatible air purifier?

If you are just looking for one you can turn on / off, almost any non-digital purifier will work with just a “Smart Plug”. That is what I do.

Does anyone have a recommendation on a compatible air purifier?

I don’t have a specific recommendation, but any device that has an IFTTT channel/service can be indirectly integrated that way. The exact features exposed in the channel will vary by manufacturer, so you need to look at each one individually. I know the WeMo air purifier and the Samsung air purifier both have IFTTT channels, for example.

The WeMo channel includes a filter alert, which is kind of nice.

The Samsung Air Purifier let you set its operating mode in addition to just on/off through its channel. Those aren’t officially sold in the US, yet, though.

I’m not sure if there any other air purifiers with IFTTT channels, but it’s something to look for as you research.

The Mi Air Purifier seems to be able to be used through a separate app, but there isn’t a device handler for smartthings (yet?)

Also the Holmes air purifier @JDRoberts is reffering to has a device handler for smartthings;

That device handler is for the wemo humidifier, not air purifier.

Hi, I’m posting this in this thread closes relevance, and it’s refreshing an older topic.
I’m looking into getting an air purifier and ideally would be good to incorporate into smartthings, has anyone approached this recently in the uk, would like to read anything in regards to stand alone units and not air conditioning units,
Many thanks Julian

Hi, I’m posting this in this thread closes relevance, and it’s refreshing an older topic.
I’m looking into getting an air purifier and ideally would be good to incorporate into smartthings, has anyone approached this recently in the uk, would like to read anything in regards to stand alone units and not air conditioning units,
Many thanks Julian

Same answer as before: right now there isn’t anything with direct integration, but you can use any device which has IFTTT. Or you can find a less expensive air purifier which can be controlled by a smart plug.

This is the same issue as with fans. You want one where if it’s plugged in and turned on and then the power goes off, when the power resumes the air purifier resumes operation. Some Will do this, some won’t because they won’t restart after the power is restored.

But if it will restart after the power is restored, you can just plug The dumb air purifier into a smart plug and control it that way.

Another alternative may be to use Logitech Harmony as a “man in the middle” integration.

There are five or six Philips air purifier models that work with an Alexa skill. There is a very hacky method for getting integration with these, where you have a different device speak a command which then echo will respond to. It’s goofy, but it works.

You will need to have two echo dots ( or one echo device and another speaking device like an android tablet) near each other to make this work, though. 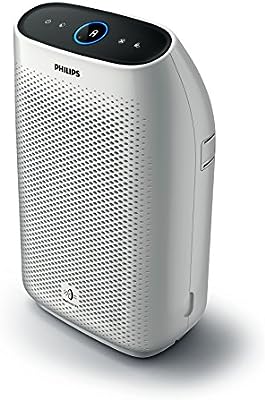 The page on the skill lists all the compatible model numbers.

Dyson has a line of air purifiers which have both and Alexa integration and a Harmony integration. You can use either to get some integration with SmartThings, although it’s clunky. See the following thread:

I searched but couldn’t find anything. I ordered a Dyson pure cool link air purifier, and would like to find out if there’s a (potential?) ST integration I can take advantage of. Thanks.

(I wrote all of the following before I realized you were asking about an air purifier, not an air quality monitor. My bad. I’m going to go ahead and leave these here because people often ask about them as well, but let me see what I can remember about purifiers. Again, my apologies for any confusion, I’ve had a cold for about a week and my brain is not working right.

The devices in this section are sensors only. Then you can use them with a dumb air purifier and a smart plug as described at the top of this post.

Awair remains one of the most popular, if expensive, and is available in UK. However, I believe that the direct nest integration only works in the US. Although you can use IFTTT as a “man in the middle” there as well.

Foobot is even more expensive, but does offer some direct integrations with both nest and hive in the UK. SmartThings Integration again is through IFTTT. 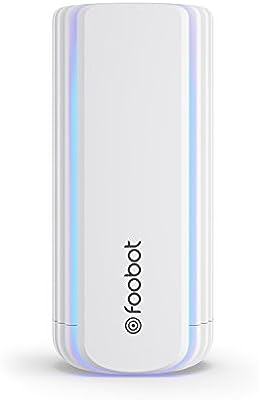 They have been a couple of new ones in the last year or so. Blueair aware is available in the UK and has an IFTTT channel, but is even more expensive.

There are also some baby monitors which monitor .VOC.