Is the classic app going to be abandoned by ST?

You can use both. I don’t know if the Classic app will be formally retired, but it isn’t receiving any more updates.

Any app not receiving regular updates I’d pretty much write off.

Per the other message I just posted, if the New app can do everything the Classic app can do then I don’t really have a problem moving.

Facing the same question here. Just installed new Samsung washer and dryer and surely enough they only work with the new app, but I have a whole bunch of custom devices that only work with the “classic”. So there you have it - I’ve been using SmartThings for 5 years now and can only use two words to describe it - “perpetual mess”.

There’s threads showing how to get custom devices that used standard capabilities to work.

@geko For better or worse I’d say you better suck it up and run with the New (and improved?) app. :-/

@pr4jct92eh2 I must admit I’m as big a nerd as anyone, but these apps really need to perform the basic functions ‘out of the box’. I think the Classic app did a pretty good job of this. Having to mess around with stuff to get the new and improved app to perform the same functions is for the birds.

If you aren’t going to support backward compatibility you better have pretty sweet features to make up for the hassle.

I think you’re going to need to “suck it up”, you are talking about Samsung here. They bought SmartThings so they can turn on/off light switches from their phones. It’s amazing that we don’t all do just that and are still able to automate things. Kudos for SmartThings folks who were able to keep the Classic afloat, those who are still around.

You can continue to hibernate, nothing has changed yet, it’s still a “perpetual mess,” but at least they are (still) working on it.

So I have a number of people that want me to help them automate, has anyone tried Google? I could move my existing Z-Wave switches over couldn’t I?

could move my existing Z-Wave switches over couldn’t I?

Neither Alexa nor Google support Z-Wave. The new Echos have Zigbee radios but their routines are not as advanced as what a SmartThings hub can do.

To use zwave, the hub has to be certified for Z wave. As of this writing, Google did not have any certified zwave controllers in any of its devices. Google gives you voice control over zwave switches through a cloud to cloud integration to the Z wave hub that controls the switches. But it can’t control them on its own.

There are several good choices for DIY zwave hubs, but most of them expect you to have a strong technical background and they don’t necessarily have a good app. That would include homeseer and Hubitat.

The one that has the nicest app other than smartthings is probably Abode. It also has excellent security features. But it does limit the total number of devices you could have to around 100 and it doesn’t support rules of the same complexity a smartthings.

Ring Alarm does have a Z wave controller, but it really doesn’t have a lot of home automation features yet, just pretty simple stuff. It’s more for people who want to turn the lights on if the alarm goes off.

Wink is a good simple zwave system but I have questions about the company’s long-term viability.

So there are options for your friends, but it depends on exactly what their situation is.

Xfinity Home and ADT pulse are both decent zwave systems, but both require a monthly contract.

It’s possible that ring will get better over the next year, it’s hard to tell. But for now, if the household is not very technical and you want zwave support , I would probably go with abode.

3) good zwave hubs, but require strong technical background and may not have an app at all

If they do have at least one family member who knows what a raspberry pi is and is OK reading code, I would look at Hubitat or Homeseer.

Hubitat Elevation™ is a local, reliable, fast and private home automation hub to connect your smart devices. Elevate Your Environment™ with the solution that is not cloud-dependent. Shop now! 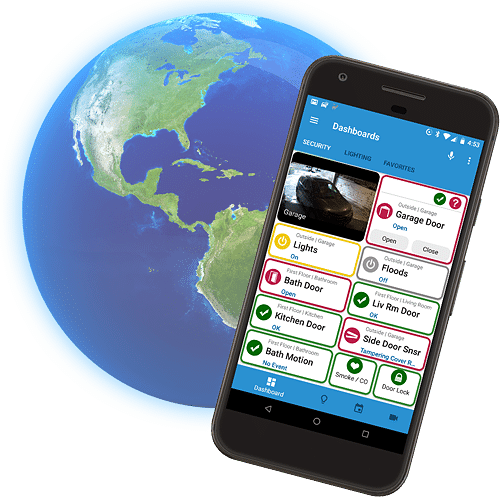 Looking For A Smart Home System That's Faster & More Reliable? Our Home Controllers Leverage The Power Of The Cloud Without Being Shackled To It!

But for someone who is just getting started and is not technical and doesn’t already have an investment in Z wave, I would probably look either at an echo plus based zigbee system or at apple’s HomeKit. Both have excellent apps, really good customer support, and Are sincerely committed to ease-of-use. There’s a more limited selection of devices, but the selection is decent. And you can use Lutron Caseta switches and the Phillips hue bridge system with both.

They only support pretty simple logic, but they do both allow for Geo presence, time schedules, and sensor triggers. And again, excellent customer service so you won’t be getting too many calls afterwards.

However, neither support Z wave so they don’t work for someone who has an existing investment in Z wave devices. 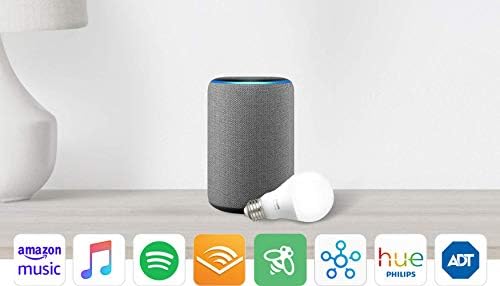 ( although you can connect hue lightbulbs directly to the echo plus, I recommend using the hue bridge as well and connecting the bulbs to that. You get a lot more functionality.)

I wouldn’t run out and buy an iOS device just to be able to use HomeKit, but if the household already has at least one iPhone, HomeKit is a strong candidate for a starter set up.

The Home app lets you control your smart accessories remotely through Apple TV, HomePod, iPhone, or iPad with a touch, automatically, or with Siri.

While not a scientific poll, there’s certainly indication that the Classic App continues to be preferred (and I personally prefer older, stable software).

Hear, hear… I’ve tried to hold on to Windows XP for as long as I could, but eventually had to give it up. Darn it M$.

Thanks for the FAQ @JDRoberts. As always, thorough and super helpful.