I have been using Google home with smartthings for months with mostly no issues. Since last week I have been unable to add any new devices though.

Previous I would just select smartthings in the home app and the it would let me log in and reselect which devices to add without deleting what I already had. Now the only option I get is to unlink/remove smarthings.

Anyone else having the same problem? Any tips?

did you find a fix?

they said they will escalate my case, not sure if its only me or others as well and they will get back to me…

There is another post that reflects some Google Home issues…

FYI Suddenly late yesterday my Google Home stopped working with the ST. After going through all the trouble shooting steps - I contacted google and re-worked all the trouble shooting Repo’d problem (around 1AM MST), long and short there was an upgrade and a few things are not working, The ST integration being one of them, on the back end. (as well as if you are an Arizona resident- and you ask for the “time” - you will get eastern time zone) This issue is elevated and they are “working on it”.

Could you fix the problem ?? i am in the same

Doesn’t look like it’s limited to SmartThings. I added Wink and now all I can do is unlink it. WTF?

Same boat. I had to “unlink” and then “relink” just to add a new devices…then I found out after I “relinked” it now automatically picks up any new devices I add.

I’m having this same issue. Is the only option to unlink and relink? It’s going to suck re-creating all my automations if this is the case.

I noticed that the SmartApp installed on my phone is Google Assistant; but both SmartThings and Google refer to the Google SmartApp. So I think someone may have changed the app?

You will have to “relink” once. After that it will automatically pick up new devices as you add them.

This has been posted in the above mentioned thread.

However, it took a while for us to figure out the cause since it related to only custom device type handlers. We do thorough QA on our WWST devices but there is no way for us to test all custom smartapps and device handlers. Since it relates to custom code, it only affects a smaller number of power users and not the majority. As a reference, we got about 10 support tickets on this which makes it hard to track down.

As mentioned before, the official fix will deploy today or tomorrow (it has passed our internal QA)
Lars
Engineer at SmartThings

I’m honestly not sure that thread describes the same issue, though they do seem related. I checked and I still have Google Assistant in my smart apps and the only option in Google Assistant settings is still to unlink.

In the Google Smart app in ST, have you enabled “Device Authorisation” and saved?

thanks … issue solved…
I was adding Samsung Smart Home (this logo)

Instead of “Blue logo”

I had this problem.
Tearing my hair out for days
Then I changed my default browser on my phone from Samsung Internet to Chrome
Problem solved. 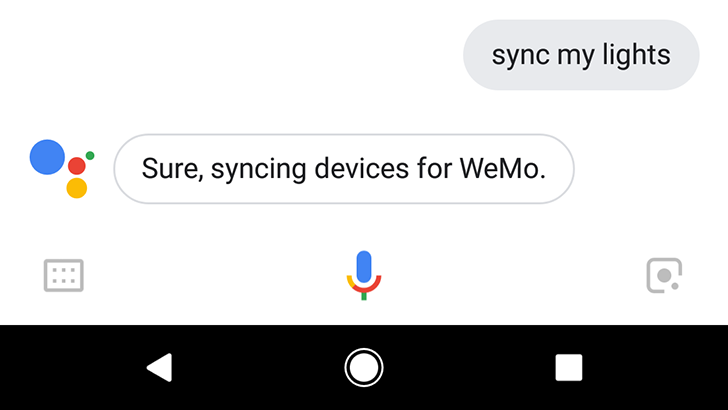 Smart home devices can become extremely complicated. You have to use different apps for each brand, and new devices you add might not be visible to a Googl... by Corbin Davenport in Google, News