Best way to add ST and Alexa to another location (dads house) for monitoring?

So long story short I would like to get SmartThings and some type of Alexa device into my aging dads house so we can check up on him. He’s physically 45 minutes away for me and 20 minutes for my sister so we are looking for technology to help us out. He is extremely anti-technology, still has a land line phone and currently no internet (no computers, uses a flip phone, etc).

First we are going to get internet installed so that’s hopefully not going to be a issue. But what I’m struggling with is what is the best way to setup SmartThings and Alexa? Do I create a new account for ST (I made him a email address years ago so we can pay his bills online) or add the hub to my account? There won’t be much…probably a motion sensor somewhere, a couple door sensors on his main doors, and if possible I’d replace his thermostat with the simplest thing that can talk to ST (no EcoBee/Nest or anything fancy).

Secondly I want to get him a Amazon Show. I currently have a daughter and he loves seeing her so video chat would be nice. I have a Show and for Christmas I was going to get him and my sister one so we can both check in on him. But he doesn’t have a Amazon account or Prime or anything. I do. In fact I have a “family” prime account. Do I add them all to MY account? Kinda worried something might get messed up if I do that but it would be nice for him to be able to listen to music just by asking Alexa. Maybe I can add them as “kids” to my account so they are limited to what they can do?

If anyone has done something like this and has advice I’d appreciate it. The use case can’t be rare but googling didn’t find many good answers.

Tagging @michaels , Who knows a lot about this issue…

But first, the short answer is that you will need to set up a separate Smartthings account, because at the present time Alexa can only work with one of your smartthings locations through the official integration . And you don’t get to pick which one. So if you set up a hub and an echo on your same accounts but at your father’s house, you might suddenly find that your echo would only control devices at his house and not at your own. This is been a known issue for a while, but all support can say is that they hope to eventually offer the feature in the future.

As far as the show, just because of the SmartThings issue, it will be simplest to go ahead and set up an Amazon account on a separate email address and use that for your dads house. You can still manage that account and handle the emails for it, but make it separate or together. That’s honestly the easiest way to set things up. Alexa good morning

Also, you might consider going ahead and ordering the separate Alexa connect device for landlines. ( it will also work with VoIP numbers) This device, which cost about $35, does not have Alexa capabilities itself. But when combined with the show ( or any other echo device) it will let your dad make calls using his landline number just by saying “Alexa, call Allan” or whatever. So it gives you totally hands-free calling, which he may find he likes. This is still in pre-release, but Amazon is promising it will ship before Christmas and you can order it now. 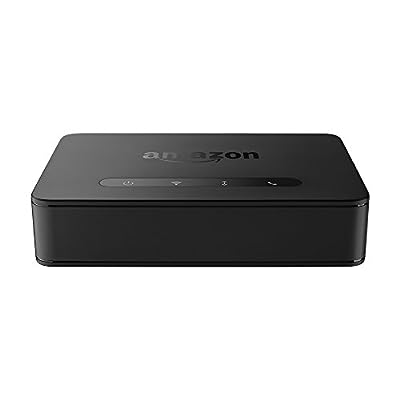 No reviews on this yet because it still in pre-release. But it’s from Amazon, so obviously they will take it back if it doesn’t work. We have a landline at our house because of my medical monitoring system, so I have one on preorder And we’ll see how it works. But since your dad doesn’t like too much technology, I’d suggest getting it right from the beginning and having the feature available for if and when he wants to use it, rather than adding another device later.

BTW, we gave the grandpa in our family an echo last Christmas and one of the things we did to set it up ahead of time was load in an album of university fight songs. Then when we were showing it to him the first two things we did was ask the weather and then ask it to play the fight song from his alma mater.

He was amazed – – that’s not the kind of thing he would get from a fancy radio, which is what he thought echo was going to be. And of course he immediately asked it for the fight song from his university’s old rival, which we had guessed that he might, which is why we went ahead and got the whole album.

Then we asked “Alexa, how did the Warriors do last night?” And it will give you the most recent score and the next upcoming game schedule. (If you do this on a show, it will also display the team icons and the scores.)

Anyway, with just those three things he was totally hooked.

Hello @vseven…I had a similar need, and never found an ‘elegant’ solution for my two houses that were 170 miles away. However, I created some solutions and processes myself that made it smooth as I could.

First, Alexa can ONLY be used with one ST account. Try as I might to add another hub to my existing account, the required security wouldn’t allow me to have Alexa control multiple hubs. I had to do not only two ST accounts, but two Amazon accounts as well. However, YOU may not need to do this…but it really depends on your needs.

If you simply want to MONITOR his hub items, and NOT control them with Alexa, then a second hub in your account would be fine. You would have to decide WHICH house you want the Alexas as you will run into issues if you have them at both places.

Let me and the others know what you intend as your use case and everyone can chime in. The more complex, the more custom your setup will be; however, I have tools that I have published that will allow you to do some of this a bit easier than ‘stock’.

I think based on yours and JD’s answers that I will just make him his own Amazon and ST accounts. I bought a domain name years ago and added a email account for him which both my sister and I share control of. I really don’t want our stuff to get mixed up. I believe I can then add his account into my Amazon Family/Household account as a “teen” so he can get the benefits of our Amazon Unlimited music account and things like that but not accidentally order something as that stuff would be locked out.

One of the most important things, and most frustrating right now, is when something doesn’t work and me or my sister are trying to help him over the phone. It would be 100x easier to just see what he is trying to do. For example I spent 20 minutes on the phone with him the other night because his Direct TV box wouldn’t work. I walked through all the basics, had him unplug everything, etc. Turns out he slide a little slider on the remote from “DTV” over to “Aux 1”. If he could have just showed me the remote we would have been fixed in 30 seconds. So that’s where the Echo Show comes in.

The SmartThings is really just for monitoring. Like for last time we saw motion, did he leave any doors open, things like that. But that bring up new questions…we’d want a alert if a door was left open but if its on a separate account how would I even see that other then logging out of mine and into that. Maybe my sister can take care of that…add the app to her phone.

@JDRoberts - I did look at the connect, for myself, but I’m not sure how much I’d use it. We bought him new cordless phones two years ago, one base and 4 receivers, and not sure how he’d feel about using the Show to make calls. Think to avoid confusion we’ll use the Show only for video calls and he can use his phones for the rest.

This is been a known issue for a while, but all support can say is that they hope to eventually offer the feature in the future.

And many more of us “hope” for this to be corrected. (Here I sit in my other location and can voice control lights 1500 miles away that do me no good! So lame — but I appreciate the fact they assume there aren’t many of us in the ST user base. Both Alexa & each of my two hubs have the concept of “location.” Both know coordinates: Alexa can give me the correct weather report for each location and the hubs have geofences for arrival/departure. End Rant