BBQ Grill Heat or On Sensor

I need some help. We have our BBQ hooked straight up to our gas line in the house. From Time to time my wife and I leave the grill on even overnight, which is scary of course. I would like a simple Zwave sensor to detect heat after x time at night and trigger other devices lights or siren etc. I would think this would be a good project even for those that have propane. I understand that is is one of the main reasons for house fires.

I don’t know of any sensors compatible with ST that can handle that kind of direct heat, BUT what you could do is use an external multipurpose sensor, or any sensor with temperature capabilities.

If you have an area under the grill that will get a lot warmer, but not too hot, than the ambient air then you can set up a Smart Home Monitor custom rule for a temperature exceeding a certain value and have it triller sirens and lights.

I have the same issue. I have not forgotten it overnight yet as I set a reminder on Alexa to tell me to run it off (I typically let the BBQ burn off what is stuck on the grate before turning it off). However, the possibility of forgetting it on is a big concern for me as in a few cases it did stay on longer than it should have.

I measured the temperature around the BBQ and it gets pretty hot even where you would not expect it to, for example inside a drawer… I can’t place sensors inside the BBQ as it is all metal and the outside gets a bit too hot…

Gas flow meter was a thought but I did not find anything suitable.

I just thought of a solution… The BBQ has a microswitch on every knob to turn on Blue LEDs in the knobs, likely to remind you that it is on (so I also turned the BBQ around and open the blinds as an additional reminder…) . IIt should be pretty easy to hack into that mechanism… I believe a dry contact sensor from Aeotec can take a voltage to indicate “on”. The issue there is that dead batteries in the BBQ will lead this not to work. Suggestions? This needs to work regardless of the battery pack needed for the igniter and LEDs. I do not use the igniter as it works very poorly. BTW, this is the 3Embers SS BBQ. I think they make only one model. Notice how hot it gets in places you might put something that cannot take heat or that you or your child might touch. I have to keep my kids indoors when I am BBQing.

What about this (you might need to change your gas shutoff valve from the house) and make it part of a routine to shut this valve off at night when you go to bed or after a certain time or to automatically shut off after being open for so long. 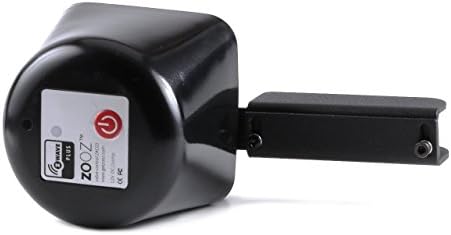 Once the z-wave valve control is added to your network, you are able to close and open the valve from your mobile device or a computer. Depending on your z-wave gateway's home automation software you ...

Nice idea for the valve shut-off, but I a bit weary of a mechanical device move a valve shutoff. I could use the device below, but I would have to put it in a waterproof box and supply 110 or 24 volt AC. I was hoping for a standard Zwave battery driven sensor. I don’t need to shutoff anything with it. The remote sensor seems like it will take enough temps to be mounted below in the cabinet. 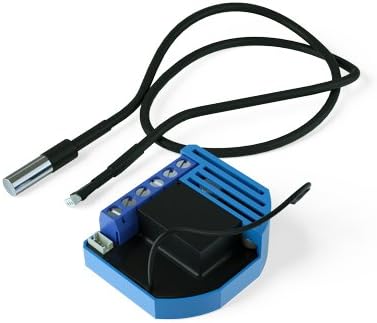 Qubino Z-Wave Plus 110-230V or 24-30 VDC On Off Thermostat Module ZMNHID3 with External Temperature Sensor - - Amazon.com

@kahilzinger - I am not a fan of using water shut off valves for gas as they allow both remote open and close. For safety reasons I would want to use a remote shut off valve that requires manual intervention to restore so that you don’t inadvertently end up with gas flowing but no flame. Imagine the BBQ was on and the gas gets shut off and for whatever reason the gas gets turned on again… now there is no flame but the gas is flowing. This is an example of what I mean:

The issue is that I do not have an easy or clean way to wire this up so I would rather stick with an alert system or… something like what @Howard_Polack found. I am brainstorming on the logic needed to use temperature to determne whether the BBQ is on or not. The temp sensor can’t be too close to the fire box, as I imagine the insulation would melt, but you really don’t need the actual temperature but rather just an indication that the BBQ is, or was, on due to higher than ambient temperature.

In a scenario where one were to forget the BBQ on, you would have to have the system trigger an alarm if the temp is over a certain threshold for X amount of time… maybe 1 hour? This would potentially also cause false alarm as the BBQ could be off but the temp may take time to dissipate so if one is checking in remotely they may think it is still on… Ideas on how to mitigate these possibilities?

Take a look at what I actually posted. It is not a replacement for the valve, itself. It is an actuator to maneuver the handle, itself.

I would NOT put these on anything with a pilot light unless it was strictly for CO2/combustible fuel sensors.

I saw what you posted and I have one of those to turn off the inflow of water into my water heater. The issue I have with those is that they allow to open and close the valve remotely. For gas, I believe it is dangerous to allow to open the valve remotely regardless of how much one would be careful. One mistake could result in poisoned people or a big boom. Both surely a “no go” for me

Hi guys, such a good sensor you have! Since I have a countertop, I had a bad situation when I had it melted, I did not have such a sensor and I could not understand at what temperature my countertop is heated (Apparently I had a leak of substances). A little later I found out that the problem was in a low-quality countertop, and later I ordered a new commercial countertop equipment which gave me the best quality.