Has anyone seen a bbq probe we could hook up?

I’d love to monitor the temperature in my BBQ pit with SmartThings.  Anyone know if it’d be easy to hack one of the existing two probe bbq meters, or know of a ZWave set of bbq sensors?

I built a SmartThings thermometer based off of this temperature sensor which is good to about 250°F. One of our software devs is really into meat smokers. I found this glass based sensor thats good up to 900°F. Both of them are based off of the Arduino and ThingShield. I’m not sure I’ve seen off the shelf sensors that are accurate to such high temperatures.

OK Andrew, I’m gonna need all the details on that setup. Please. I bought a Big Green Egg last summer and the thing rocks, but I’d love to put a sensor controlled fan on there to control the airflow and therefore the temperature.

Pretty please. With BBQ on top.

I will absolutely be setting something like this up as well. I’d like to go a step further though, and setup servos to control vents to lower/increase temperature to maintain target.

What we really need is to figure out an interface to the RFXCOM boxes. http://www.rfxcom.com/store

I use one of these now with my current home automation system and what it does in a nutshell is allow you to monitor 433mHZ devices. This includes a HUGE array of temperature, humidity, wind, barometric, and even BBQ grill thermos. Basically anything Oregon Scientific makes. Check the compatibility list here:

I have 3 outside temp sensors, wind, rain fall, UV, humidity, barometer and three temp and humidity sensors in the house. As well as my BBQ grill thermometer.

I use Homeseer to monitor and control events and actions based on all these.

As soon as I can get all the parts and a BBQ to play with I’ll release a tutorial here with all the code, parts, etc.

Sorry I went dark on this thread, I apparently don’t get notifications that comments have come in.  It’s very cool to see passion around this topic though, my smoker  is still my favorite hobby (at least til my smartthings kit shows up).

Currently I’m using a Digq2 at home to control airflow.  Usually I starve the egg a tiny bit and then let the digiq’s fan keep temperature from dropping.  I try to keep it from running more than once every couple minutes before I go to bed anyway.

Andrew: Any chance that a temperature probe like this could work? Based on the plug on the end of it - it’s just 2 wires - could it interface in a similar manner to the probes you linked above?

I just posted this thread on the KS Comments - as someone made a similar suggestion to this thread - kind of - but hey - I would love to use SmartThings to monitor and trigger other things based on the internal temp of a roast for example.

I can’t say for sure, but someone in the office has asked the same thing. It definitely warrants some looking into. It depends on how it works really.

If you are able to get a setup working with one of the other probes listed - let me know.

I have a smoker and I could just make a project for that if the probe I listed doesn’t work. Essentially - you get that one working - shoot me your code and parts list - I’ll order, but try with the probe I linked above… if it works (or can be made to work with some tweaking) SWEET! If not - I’ll roll with the setup for the smoker.

My only hold up will be ordering another shield… Since my only one is currently occupied.

I wanted to revisit this issue as I saw a tweet over the weekend.

Just wanted to see whats out there,

I haven’t seen an actual product yet. I’ve done a homebuilt one using raspberry pi with some help of someone I know that has experience making boards & electric circuits, but I’d still like to find something on the market that does it.

Yeah, that’s what I’m gathering. I hope something is in the works.

A buddy of mine with a Big Green Egg just bought the CyberQ from BBQ Guru. They are pretty expensive but it works very well where it will turn on a blower to regulate the temperature. I have another friend that is building one with a Raspberry Pi that is a similar setup to the CyberQ.

There is a video on how it works as well: 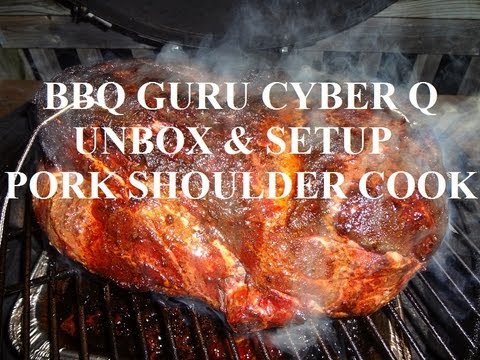 Yeah, I saw this. I think this is a bit too much for me. Right now just looking for a temp sensor.

Over 2 years later, anyone know of anything?

Over 2 years later, anyone know of anything?

Below is a link to the device handler I built for my BBQ Guru Cyber Q Temp controller. The device has 3 food temp probes, 1 cooker temp probe, and a fan controller for controlling the cooker temp [image] The device has a basic 1 way API. The device runs a small web server web server. There are 3 xml feeds that can be queried and settings are updated via http post. Currently updates have to be done manually via refresh. My next step is to come up with a monitoring smart app that has alerts and figure out how to schedule polling of data updates. One of the challenges with this is the fact that it’ll only be turned on and connected when it’s in use. Otherwise it won’t be powered/connected I’ll probably also look at writing a smartapp that can log the temps to a google sheet via IFTTT so I…

Fair enough, I did say anything.

Anything else that is purely for temperature monitoring and not a controller.

Fair enough, I did say anything.

Anything else that is purely for temperature monitoring and not a controller.

I don’t know for sure, but I would think that you could use Igrill or any other device that sends notifications to an android phone and combine that with Tasker and sharptools to get smartthings integration. @joshua_lyon could say more. 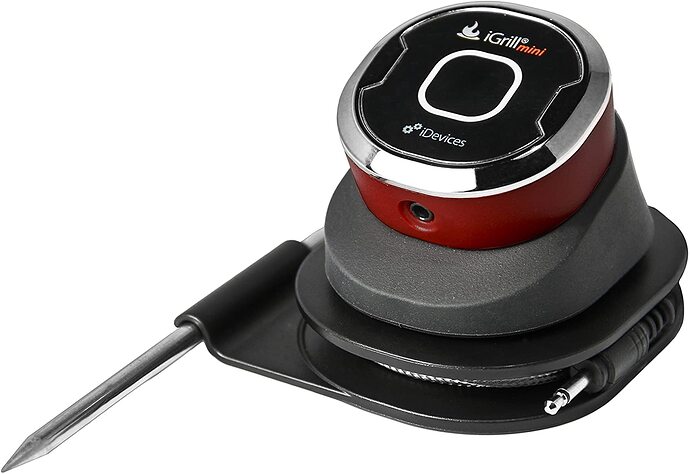 Amazon.com: iDevices iGrill Mini : Everything Else

Style:English Packaging Using this Bluetooth Smart grilling thermometer you'll know when your food is ready from your mobile device. Choose from dozens of preset...

It could definitely be done with SharpTools, but it’s probably not the most streamlined approach.

I don’t know of anything off-the-shelf that would exactly work for this, but you could probably pair a Fortrezz IO Module with an appropriate sensor – again, it’s a bit of tinkering, but could be an option if you don’t want to mess with a Raspberry Pi or Arduino.

The Fibaro RGBW controller also has some surprisingly good I/O options, but depending on the temperature sensor you want to use, the Fortrezz MIMO series might be a better choice.