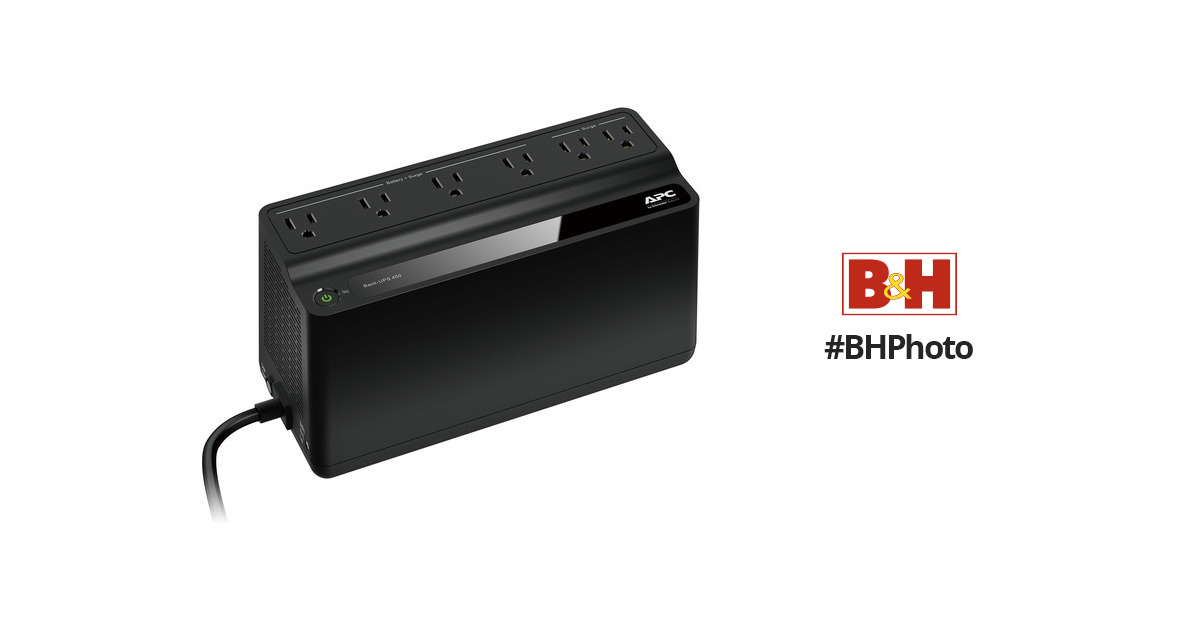 Thanks! Just ordered one.

I have one backing up my Router, Modem, ST Hub and Ismartalarm hub and it keeps everything running for quite a while on battery.

Everybody has different feature preferences for UPS models.

Like most models these days, that particular one says “six outlets” but two of those are surge protection only, not on battery back up. In addition, that particular model does not have a USB charging slot, which is a feature I like.

Also, be aware that while the older version of that model did have a replaceable battery, the current version does not. Replacement batteries typically run around $35 for most UPS of a similar design, so it may not be worth it to you, but again speaking just for myself, I prefer a model with a replaceable battery.

My current favorite is the BE600M1. For about $10 more than the regular price of the 450 you get five battery protected outlets instead of four, still get two surge only, plus one USB charging port, and it has a replaceable battery.

And I have friends who won’t buy anything rated less than 850VA, so again, different things work for different people.

Some people report a buzzing sound. Do you ever hear a buzzing sound coming from yours? How about being able to turn off the alarm when it’s on battery? I’m probably going to buy this one today. I just want dot my eyes and cross all my t’s. Thanks.

I’m going to plug my smart things hub, my cable modem, my wireless router and my Arlo hub into it.

No buzzing on ours, but that’s often an artifact of the wiring in the house, it might be bad in one house and fine in another. It’s also something that can vary depending on the load if it’s transformer noise.

The Amazon reviews seem to be all over the place. People reporting the batteries don’t last long.

I’ve had the current one about two years, it works fine for us. We do have occasional power outages because we’re in a semi rural area, maybe one or two a year. So it’s been used, for sure.

Also note that one reason the reviews are all over the place is because they are for different models. The 350, which is not the one that I linked to, had a new model come out A couple years ago which seems to have been pretty uniformly terrible, and a lot of the bad reviews are for that one. But the one I linked to is the 600, and I think most of those reviews are good.

I Got the BN650M1. I could not find any specs that make it any different from the BE600M1.

Other than 600 versus 650. The unit looks identical. I got it from Best Buy today because I did not want to wait for the BE600M1 from Amazon.

They take the same battery.

Hey JD, I’m looking to get the UPS you linked to keep my router, fiber jack and hub going during an outage. Do you have an idea of how long it would keep those three things powered? And also how long do the batteries last for you before needing to be replaced. Thanks as always for the info!

You just have to calculate based on the power draw. The manufacturer’s information will explain.

How long the batteries last depend in part on how often it gets used, but should be several years.