So in trying to make a decision if to purchase Smartthings i wondered if anyone was using the Yale Smart Locks like the one below, they look pretty straightforward to integrate with my existing night latch and just seem to need one additional hole, 20mm in diameter.

What are your thoughts on the lock and integration with ST? and how are you using it in your system?

Hmm, doesnt matter as its 64mm wide and i only have 25mm from centre of the lock to the start of a window so that ideas out without a new door!

Lots of Yale locks are on the supported device list, so they should just work if it’s on the list.

Lots of Yale locks are on the supported device list, so they should just work if it’s on the list.

Unfortunately, the link you gave is to the US list which has a different set of devices than the UK list.

This thread is in the UK-specific section of the forum, so it’s helpful if comments are for solutions appropriate to that region.

Here is the link to the list of compatible devices for the UK. There are two Yale locks on that list. By the way, they are models that are not sold in the US. Although the thumbnail makes it look like they’re the same, you will actually be taken to a different link. “https://www.smartthings.com/uk/compatible-products/”

And to answer the original poster’s question, one of the two UK models on the official compatibility list is made without the touchscreen keypad, specifically for the European market. It is much narrower than the style that is comparable to the ones sold in the US. This is the “keyfree” model rather than the “keyless.” so it may fit the door that you described.

I have the device above fitted and working with ST of that’s of any help.

Has anyone checked with their insurance company whether a keyless / remotely unlockable lock is acceptable security?

I have the one above and also the one you first posted about.

i dont however get what you mean by the following.

Hmm, doesnt matter as its 64mm wide and i only have 25mm from centre of the lock to the start of a window so that ideas out without a new door!

the yale nightlatch is 9 cm in width from the edge of the doorframe, and this sticks out further than the outer lock part.

maybe the following pictures will help?

the inside battery box could be re-situated TBH as you could create an extension lead easy enough, but if you did this you would need to purchase a washer to to enable the lock to be tightened to the door.

as for insurance approval, in the uk the digital lock has the same insurance approval as a normal nightlatch, as in it needs to be fitted to a door along side a five lever BS3621 mortice lock and the mortice lock should be used when you are away. this is the setup on my garage door, as for the the Yale Keyfree 3 point lock lock that @JDRoberts posted, this lock conforms to the Secured by Design PAS24 standards and is approved by my insurer in the UK.

Thanks the pictures are very helpful, i have two vertical windows in my door, the closest to the lock starts before 9cm (about 8.6cm) so a few mm on the left of the lock would not be on anything.

Your lock looks to be well used, and it looks like the turn handle is plastic covered and some of the silver has come off? is that the case.

Your lock looks to be well used, and it looks like the turn handle is plastic covered and some of the silver has come off? is that the case.

but the whole front of the lock that looks chrome is actually metal, my lock is only a couple of months old and looks brand new…the white there is just a reflection as its That shiny

the lock is well built.

hehe, thanks for confirming

This is useful info. I checked with Yale Consumer support today and they said the same. I’d like to use this smart lock as it would be the easier installation and then one with features most useful to me.

Regarding the mortice lock part and the use of it whilst away, what is your insurer’s definition of ‘away’?

If their definition is gone for a week long holiday this makes sense. However if if it is gone away to work for the day, doesn’t this defeat the purpose of the keyless connected smart lock? Meaning you or anyone else who should have access still have to have the key for the mortice lock on your person which then makes the door installation key reliant?

@High5 the true definition for insurance purposes is that the Yale lock can be used when the house is occupied, but if the house is left unoccupied then the mortice lock should be used.

simple fact that if your house is burgled with no signs of forced entry then your insurer would most likely not pay out as it would be deemed that the smart lock has been circumvented. the Yale 3 point smart lock like i have is a valid lock for insurance purposes without a mortice lock, but likely you would also need a new composite door to go along with it.

but for me, I would want something that means you dont need to have to turn a knob to gain access like the Yale Smart Lock is. Whole point being as long as your phone is in your pocket, automatically unlocks the door so if you have bags full of shopping, then all you need to do is lean on the door & youre in!

As well as that, I dont like a keypad. Would just prefer the alternative option to be a key lock - particuarly if the connected device decides to fail you can default back to a good old fashioned key!

August do a nice one, but surprise surprise they have no plans to sell one to the UK market!

Danalock is very similar to August. Here’s the European version 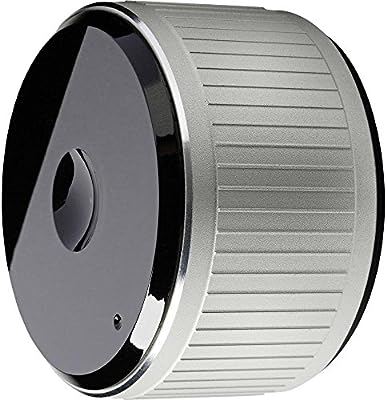 unfortuntately the Danalock doesnt provide a fallback option in event of failure, or allow operation using a key

Pretty sure it works with a key on the outside and you can physically turn it on the inside in the event of a failure. Anyone who owns one able to confirm this?

great thanks for that! will take a look

automatically unlocks the door so if you have bags full of shopping, then all you need to do is lean on the door & youre in!

In the US, it is typically a code requirement for doors to open out for life-safety reasons. Is it not the same in the UK?

Fire exits will open outward, but domestic residence doors inward. Though having said that on mobile homes, they open outward.