Android presence not working at all

I had some problems with my hub and various buggy things, so I asked support to reset my account and my hub.

They did, and that seemed to have fixed all my problems, but I have a new one…

My android presence isn’t working at all… Nothing. It always says I’m away, regardless. I’ve tried re-installing the app, and some of the other things mentioned here (force closing the app).

The GPS is working, Life360 is working fine and detecting when I’m home/away no problem.

Try removing the device in the ide. Or check for a duplicate. Yeah, support said don’t do this but I bet it is out of sync with the old android device id?

Nope, no dice… Deleted all traces of myself, it’s still always saying I’m away…

Which android version? Is it possible you blocked location?

I should say I deleted myself and re-added.

Again, all other programs I use that detect where I am, Life360, Google Maps, all have me in the right location and totally within the circle. 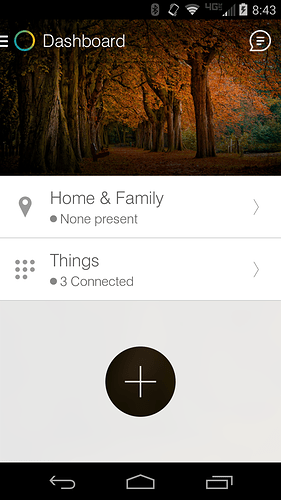 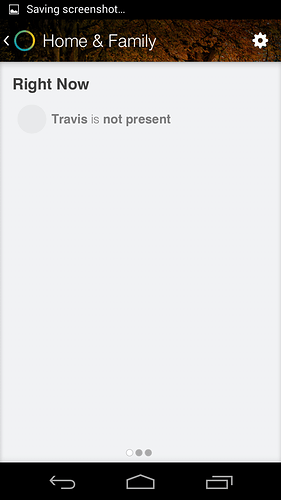 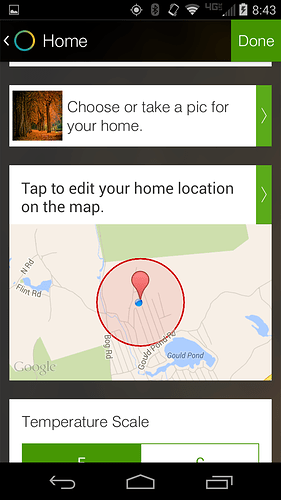 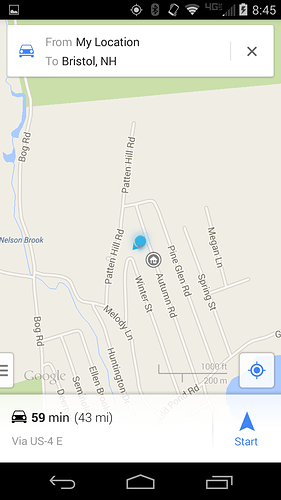 Lately, my wife’s android phone has been going haywire. For a while it just never thought she left… so some actions did not fire when she left. Lately, it has been going off multiple times without us doing anything. The garage will open and close multiple times as she is arriving and leaving. I don’t get it…

I am experiencing the same thing, hopefully a fix can be done soon.

funny thing, mine seems to be stuck thinking I’m home. Something is clearly not working… Will test later when I leave the house tonight.

Well… Mine showed I was away but the push notification I did for it didn’t fire… Go figure.

I was just going to open a new thread but I see others are having the same problem I’ve been having. I just added my wife’s Android phone to the account and the system is having trouble figuring out if she’s home or not. This morning for example when she went to work (with her phone!) the system said she never left. Then it said she left at 2pm (!) but it didn’t catch that she had returned until 2 hours after she got home. I want to use the presence of either of us to arm various open-door detectors but can’t if it’s going to be this unreliable.

My phone, on the other hand, seems to present no problems. We both have the same phone model so it doesn’t make a lot of sense.

I am having the same problem. I have deleted my phone presence and added it back, but it still is not working correctly. Any ideas on how to fix it would be appreciated.

First off, make sure you turn on Location Access. I believe they default off for privacy. Make sure Wi-Fi & mobile network location is on and your GPS satellite is on. If you keep these off for privacy, battery or data usage cost issues, don’t even consider using presence in my opinion.

DON’T turn off your data usage including background usage.

Use navigation for a few days even for known locations.

I have five phones used with SmartThings and at first I was getting problems with Away and Home. Now, I have no issue.

I think Android refines coordinates with the WiFi access points and it takes a while for them to adjust the precision.

And here is why I think this is the case. We went out of town and after arriving in the motel I got a notification that we arrived home. It turns out my wife turned on her laptop which had a hotspot. Android must use the GPS coordinate of SSID and/or mac of her hotspot instead of a weak GPS. I’ve had other hotspots do the same. In most cases it only happens once.

Following the above suggestions should help with SmartThings presence. It did for me.

I have GPS off on my android and my presence is working fine.

After getting home from vacation, my presence sensing is now working fine… and I changed nothing.

Same issue here for my wife’s phone (Samsung Galaxy Note 2). It’s been working fine for a while and the past 2-3 weeks it stopped.

It thinks she’s always home. I’ve recently deleted her presence when away from home and it still automtically thinks she’s home (we were no ne’er our ego fence).

I’ve done a bunch of resets, reboots (phone, hub, network repair etc), all different settings on her phone (Location) and no dice.

I’ve not tried removing and reinstalling the app on her phone, which I will try next. But with this many other people having this issue, the probably a systemic issue somewhere.

Just adding another datapoint… I’m having the same problems.

My phone (Note 3, Verizon) works perfectly. The system always knows when I arrive and when I depart. My wife’s S5 always acts up… sometimes it won’t show her as away until she opens the app, other times it will be 3-4 hours after she leaves the house.

I double checked her location settings and there’s basically nothing out of place. I’ll check and see if she has some hotspot that is automatically connecting (I think Verizon comes pre-loaded to connect to some), but I know that personally I’m on / off Wi-Fi hotspots all day and never see any issues with my presence not being reported correctly.

My son and wife got their S5 on the same day. Their old phones did not have a problem, but the S5 kept showing my wife was at the closest cell tower and my son at the nearest airport. I checked all the settings like you and they looked OK. However, my son refused to turn on data except when he needed it. My wife, on the other hand did as I suggested in my above posting. In a couple of days my wife’s phone was no problem. It took my son a couple of weeks of home alarm scaring the bejeezus out of him before he succomb to my advice.

All is well now.

yeah I’m fairly sure that she has data enabled, background sync and everything else.

Mine has been unreliable as well. Wish they would add last check date and location to the IDE devices events.