Wonder if anyone has been having there presence sensor go haywire.
I have my android phone “presence” connected to a lock
Over the last few days I have been getting random notices that I am detected leaving or coming back into the geofence area even though I am in the house the whole time. This has nothing to do with the phone turning on/off or the smarthtings program on/off.
-as my geofence presences is tied to the lock, the lock opens and closes randomly!

Very unreliable and concerning
This seemed to start occurring once I started adding some Linear Dimmer Switches.

Anyone experience this at all?

I am brand new to this community and SmartThings as a whole. i just got my kit a couple days ago off Amazon.

I have had ITTT app do this to me with my Philips Hue lights. It kept doing it until I removed the rule that was creating it. I have since re-enabled it and it has not repeated, This might have something to do with android?

Searching for “Mobile Presence” on this forum should yield some interesting discussions. There are many things that can affect the reliability of using geo-locations for presence detection. Many of them are out of our (SmartThings) control - though some are. Some things to try are: making sure your phone is set to always have GPS running in the background. Another is to have wi-fi turned on, as that is used in presence detection as well.

The switches you installed should really have no bearing on mobile presence unless they are somehow interfering with your phone’s connection to the internet/cellular services.

Having WiFi on all the time while you’re home I can understand, but GPS? That’s a bit much. However, I can concur that the presence detection of an Android phone is basically broken. I don’t know what the mechanism is determining the presence, but it sure isn’t a simple ping. I’m theorizing here, but I get the feeling that whichever access point you’re on when the “Mobile Presence” device is created is the one your phone needs to be attached to when it’s polled. I have several access points all using the same SSID, but if the BSSID is a determining factor, that could explain why I’ve been missing from my house for the last 4 days.

I had the exact same issue form an iOS device on Wed into Thurs. Support is looking into my issue. It was pretty bad because the doors were unlocking and none of us were home.

I wonder if this was a larger issue?

I’ve started using Life360 for my mobile presence sensors. Life360 seems to be much faster and more reliable at detecting mobile presence. Maybe give that a try.

I just recently joined the smartthings world and wanted to share what I’ve found. My wife and I have the same Android phones, it was driving me crazy that her’s responded erratically to location where mine was working fine. I compared all features and finally found a difference. This may differ on various Android devices, but under Power Management, I have a feature called “location-based Wi-Fi - Wi-Fi activated automatically when in range of a saved Wi-Fi network”. I unchecked this and so far (past two days) my wife’s phone has been responding pretty accurately. Hope it helps some of you.
TJ

So @guywalkin it has been working better with “auto joining wi-fi” off?

I cannot find this setting on my android phone. I did discover that my phone, the Nexus 5, has an issue where the gps antenna does not make a good connection and causes the gps to fallback to the cell tower for location. On the google location history, it had me teleporting back and forth into town every thirty minutes. I have applied the fix for the antenna and so far today my presence has been more consistent.

So far, it has. I’m cautiously optimistic. I’ll verify tonight when she gets home. Today and yesterday were the first times it actually showed her arrival/departure times since turning the feature off. And, I wasn’t getting random notifications that she left and arrived even though she was right next to me.

Interesting/troubling becuase we generally advise people to join their wifi networks at home for better performance. But your phones are joining just not with that setting?

If I set my connection to wifi only at home ST reports that I have left.

Yeah we tell people to use wifi and GPS but want to get to the additional nuanced points of it - at least on some phones.

Ben, the feature I’m describing turns your wifi chip off unless in an area with a remembered network. I have it off, so my wifi is always looking and notifying of other networks. It still attaches to my home network when I get home.

Also, my earlier observation of this feature affecting arrival/departure in smartthings is not the case anymore. Unfortunately, my wife arrived and for about 45 minutes said she was away. I finally asked her to open the smartthings app. Sure enough, it marked her as home.

Maybe the app enters a sleepier state since she doesn’t use it as often?? I’m baffled since mine works so well.

This is bugging me because I really Need this to work. I noticed our phones have the same name, so I changed mine. Hopefully, that won’t mess with the accuracy my phone is having.

My Nexus 5 is behaving a little better today, but my Son’s Galaxy S3 has him arriving and leaving several times a day. I have checked all of the settings and even installed life360. Life360 listed him as being at home from 4:05-11:00pm. His google location history showed that he was in the same spot for that time period as well.

I noticed geolocation getting messed up after Comcast turned on xfinitywifi. Has anyone else seen this or is this just a coincidence?

I finally asked her to open the smartthings app. Sure enough, it marked her as home.

You can actually open ANY app using geopresence for the same result in my experience. It really is a tough thing to crack because many devices accomplish these things differently. FWIW we have it mostly solved on iOS and presence on iPhones has been solid.

I noticed geolocation getting messed up after Comcast turned on xfinitywifi. Has anyone else seen this or is this just a coincidence?

Not quite what you are mentioning but I thought I would throw it out there, that if you move your router from one home to a new one, you should be sure to change the name to get a new SSID. Geo-location with wi-fi is often accomplished by using that info as harvested by the Google street view cars (which also record all those wi-fi access points to use in making the service better).

This has bitten a couple customers as — after they moved — their router still thought it was at the same latitude and longitude that it used to be.

Not quite what you are mentioning 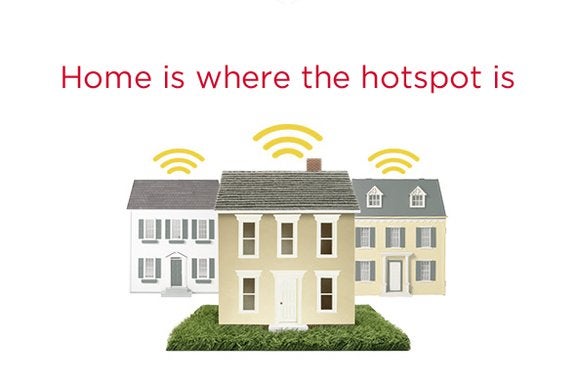 To Xfinity WiFi we're all hotspots, but you don't have to be

As Xfinity WiFi spreads west, so do concerns about the use of customers’ modems as both private and public Wi-Fi connections. Luckily, you have choices for opting out of the program.

They turned this on in my community at the same time I started getting geofence issues. There are now 11 xfinitywifi wifi SSIDs within range of our house!

Are others with geofence issues in Comcast service areas?