they are also selling that eye sensor for £34 (they’ve only got 12 left apparently).

Bought a couple of the motion sensors from Mein-cleveres-Haus via Amazon a few weeks ago.

Although they are listed as prime they took a few days to arrive.

Can you link to them please. I’m new to ST, are they the same as the ST multi sensors? If so they are £30, so would only be cheaper if I buy 4 of these? Any advantage/disadvantage to these over ST multi sensor? I wouldn’t mind some more sensors to cover my downstairs windows.

I just ordered one to try… 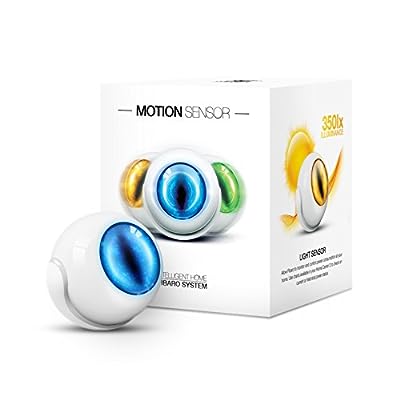 Beauty comes from nature, advanced technology from people. FIBARO extracts the essence of both and creates perfection. In conjunction with the immutable laws of architecture and the latest technology, ...

Love the Fibaro motion sensors - don’t think I’ve ever paid more the £35 for one from Amazon so it’s definitely worth keeping eyes out for deals like this. Have worked flawlessly for me.

I wish they were on sale in the US. I need one more motion sensor.

Fibaro Door/Window sensor: Zwave has open/close sensor, tamper circuit, and option to wire in a Dallas DS18B20 (buy these from electronics suppliers for 50p each, don’t buy a Fibaro branded one for £5) the temperature sensor (which could be located either inside the package, or via a wire, somewhere more remote/useful). Also, the door window contact sensor can be overriden by connecting to some other NC/NO circuit allowing the sensor to act as a binary sensor for some other device. e.g. you could perhaps connect this to a suitable alarm system output allowing smartthings to be told of an alarm condition on your traditional alarm system.

Samsung multi sensor Zigbee has open/close sensor, built in temperature sensor, and vibration/movement sensor. The vibration sensor is good for detecting, for example, a knock at the front door.

Motion sensor slightly cheaper today if anyone is after one still:

Beauty comes from nature, advanced technology from people. FIBARO extracts the essence of both and creates perfection. In conjunction with the immutable laws of architecture and the latest technology, ...

does anyone know if the sensors are pet-safe?