Advice on moving a ring doorbell

Hey all! I am looking for some advice on whats the best way to relocate my ring doorbell to the other side of my door. the side it is on has a wall next to it so the camera shows mostly wall. I do not have easy access to the wires in the basement because the basement is finished. I’d prefer to keep it wired so I don’t have to keep charging the device. 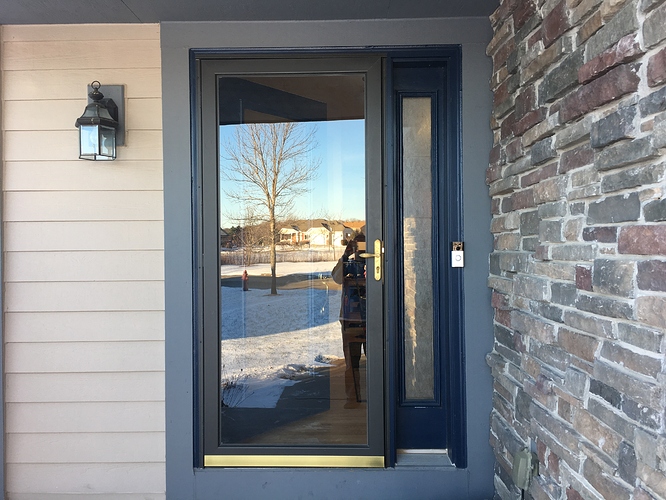 Instead of moving it, can you shim it to angle it away from the wall? That’s what I did

can you shim it to angle it away from the wall?

does it look odd?

Not at all. I’d show you a picture, but I’m waiting for the new Star Wars movie to start eating popcorn right now. 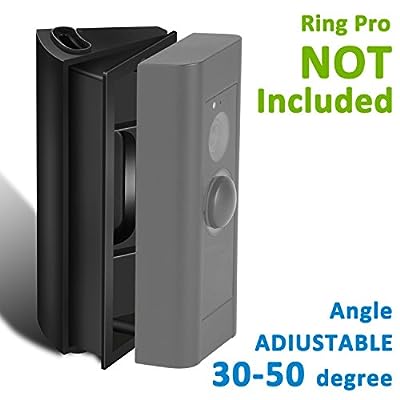 How much sun do you get? Ring sells solar chargers for that model. They also sell shims. Create a Ring of Security inside and outside your home with Ring Doorbells, Cameras and Security Systems, so you can monitor your property from your phone.

How much sun do you get?

There is only direct morning sun until about 9 AM.

That’s probably not enough. I have a Pro and use the vertical wedge to point it down a little. It looks alright and not stupid or something.

I have seen a few pictures in my research of people using the corner wedges and they look alright.

Does the solar charger require direct sunlight? I mean there is light there for at least half the day but only direct sunlight until about 9 or 10 AM

I have no idea, I’m wired up with a Pro. Fire up a chat with Ring and see what they say.

You should be able to remove your inside door casing and run new wires from the old location to the new location. connect them with wire nuts and you will be fine. You will need something to fix the old location hole though. I have the wedges on mine as well since my doorbell was 90 degree to the door. Now the camera face out more.

You should be able to remove your inside door casing and run new wires from the old location to the new location.

Ha! I didn’t think about that.