Zooz Zen26 in Multigang box kills power to the other switches

Far left switch controls flood lights, next is outside porch light, then ceiling fan, then far right is a 4 way switch to control ceiling fan Lights.

I had all z-wave switches wired in and working perfectly except for the ceiling fan lights switch which was still a “dumb” switch (far right).
I bought a zooz zen26. Installed it And it worked perfectly, EXCEPT when the switch it turned off. It kills power to the other switches. I installed the regular “dumb” switches to take the pictures and kinda declutter which looking at it all. @TheSmartestHouse any insight? 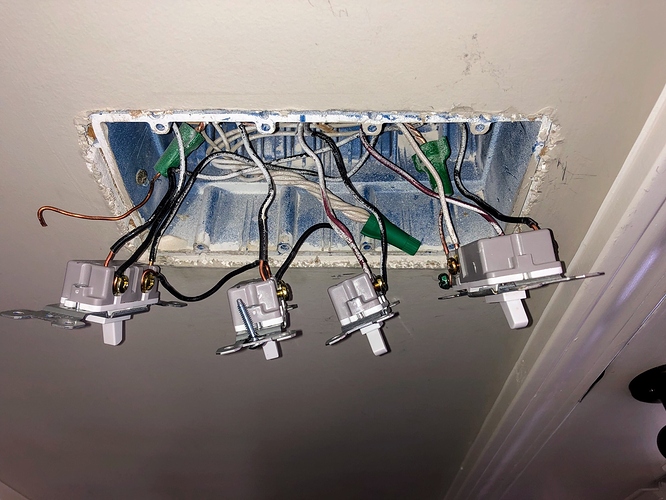 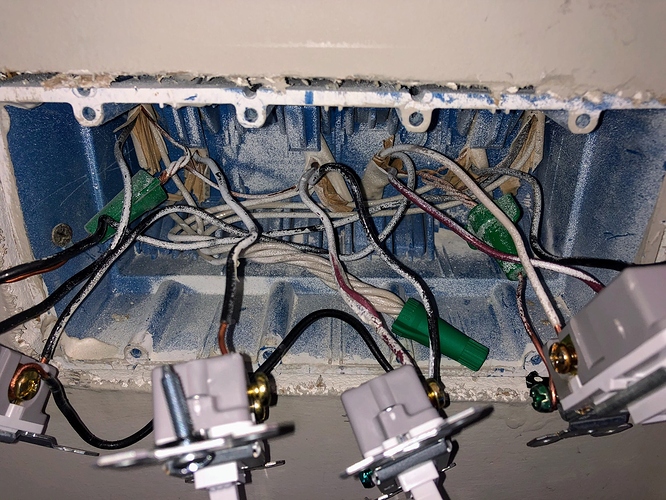 You probably have the load for that switch connected to the line of the other switches.

I’m pretty sure the Zooz neutral needs to be tied into the Bundle the one with the green cap. I have a few of these switches.

We noticed you already got in touch with the support at Zooz and they should be able to figure it out for you. This is not a standard set-up so we recommend waiting from a resolution from the support team after they get more details.

Working with them as we speak! Thanks!

This is not a standard set-up so we recommend waiting from a resolution from the support team after they get more details.

Working with them as we speak! Thanks!

I believe I know what’s going on with the wiring so let me know if Support doesn’t get you sorted.

I have been working with them. Sending in picture after picture. Hopefully will have it sorted out today. Otherwise. I’ll be hitting you up. Lol

Sending in picture after picture.

Keep me posted. Just have a few things I need to verify on the 3 way switches of your 4 way and I should be able to help. Power/line appears to be coming in from fan and then sending to the other 3way. Then load to fan light appears to me in this box.