Is anyone aware of any z-wave door/window sensors that have a 3-axis accelerometer? I’ve been using the ST multi on my garage door, but have got so fed up with battery life (a new battery has just dropped from 100% to 33% in 2 days and has already started failing), that I want to move this device to z-wave.

The battery on my Monoprice (or whatever white-label brand it is… “Ecolink”!) basic tilt-sensor has lasted for months and months, though I don’t open/close the door often.

It’s a simpler device and only has one axis and no sensitivity adjustment (except for choosing where you place it on the door… mine is placed to be in state “open” if the door is even open a couple inches. 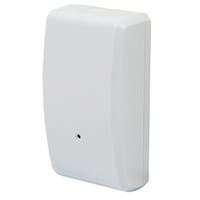 Monitor the status of your garage door using this Z-Wave® Garage Door Sensor from Monoprice!Z-Wave is an interoperable, two-way RF mesh networking technology used for home automation and security. Battery-powered Z-Wave devices, such as this...

I have a ecolink tilt sensor on my garage door that has been in use going on a year and 9 months. Battery still reports 100% and I’ve never had an issue with the sensor. Plus it’s been cold here each winter, currently as I type this, well speech-to-text this, it’s 1 degree outside and it still works great.

Mine is also Ecolink Z-Wave and has been installed just over a year. It’s using the original battery.

Ok thanks all, might give that a try. I assume you can only see ‘open’ or ‘closed’ and not the angle of the sensor? Ideally I wanted to be able to test whether the door was opening or closing when controlling the door from ST.

With the ecolink it’s only going to be open and close and then you mount it on the door where you want it to detect. For example mine is mounted pretty high so anything over about 8 or 10 inches will report as open. You can use a SmartThings multi-purpose sensor to detect the vibration but in general they might not be as reliable as the ecolink.