Covered all the white areas of the front surface of the camera. You can also use a black magic marker but that is not reversible.

I received an interesting email from Wzecam today…: maybe we will be able to integrate the cam via ifttt soon…

In this time of reflection and preparation for the new year, we feel incredibly lucky to have such an engaged community. We recently sent out a user experience survey and have been honored by the time and care that so many of you put in to help us improve our product and service. To those of you that participated, thank you so much!

Our wonderful community spoke and we want to share with you what we learned. We asked what people would most want to see added to their WyzeCam. Here’s the Top 10 from what you all told us:

While we won’t be able to make these happen in the exact order that you requested them, we want to let you know that we heard you. Some of these are currently in the works and we plan to have them out soon. Others will take longer due to developmental complexity and capacity. In the coming weeks or months, we’ll keep you updated on progress we’ll be making in developing these new features and products.

As always, thank you for being part of our community.

Yeah, but I guess they could argue Alexa is with its new zigbee integration and routines/scenes.

Eh, even the routines have to be manually triggered.

Do these continuously stream video to wifi, or only on motion or viewing in app? To me… I’d want 24/7 recording to SD but not use wifi 24/7.

As far as I know they only stream continuously to SD or when you are viewing in the app. The WIFI is only used if you have motion alerts to record. Or at least it appears that is the way mine is working. No unnessary wifi usage.

I’m liking these little cameras. Integration to ST and Alexa, GH would be great - hoping we get that eventually.

For now, I have the cameras plugged in to smart plugs that are then integrated with ST. This allows me to turn the cameras on for alerts only when I want (routines, Alexa commands, etc).

The alerts only come through the Wyze app for now, but I at least have control over when alerts are active.

I have 4 of these cameras and have been using them for the last couple of months with zero issues! Their just as good if not better then so.e of the overpriced ones out there. Well worth the $80 investment!

There is an article on Engadget that says there will be IFTTT integration in March… awesome! 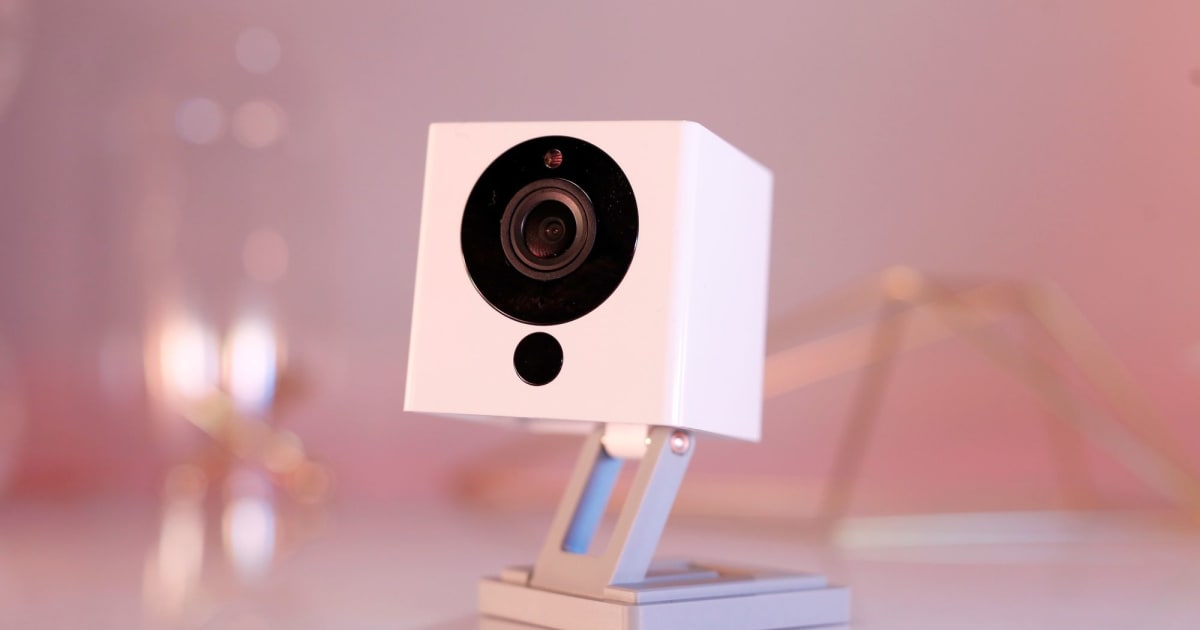 The WyzeCam gets a smarter sequel that still costs only $20

They are already releasing version 2 of WyzeCam: https://www.wyzecam.com/product/wyze-cam-v2/#tab-description

The V2 were supposed to start shipping this week, but the units that came did not pass their final inspection here in the U.S. They found dust in a small % of the CMOS sensors. They are not going to have units in for shipping for another 30 days. I have a couple of them on order and have one of the v1 models. They work pretty well for $20. The next two are going outside under a covered patio.

Just received my V2 yesterday. For $20 I’d say mighty impressive. I think this is setting the bar for other WiFi camera companies. Yea, more people buying them then the quicker we’ll (hopefully) see integration.

Once they produce an official outdoor one, I think they’ll hammer the crap out of the market cutting out sales from people like Blink and Arlo in a HUGE way.

Agreed. First thing I did when I got home last night was to 3D print an enclosure for it. When it was busy printing it I was setting up the camera. Found the file on Thingiverse for you 3D’ers out there. The enclosure is similar to one selling on Amazon for $19. I know it won’t be completely weatherproof but will protect it somewhat.

You think they’ll have a wire-free outdoor model for close to 20 bucks?

With blink, it’s the WiFi+battery power that’s huge for me.

You think they’ll have a wire-free outdoor model for close to 20 bucks?

With blink, it’s the WiFi+battery power that’s huge for me.

Power will be the difficult part, but a mains powered outdoor camera for $25 I can see absolutely happening.

Outdoor cover for Xiaofang/Wyzecam outdoor camera. While the camera isn't weatherproof, if you want to mount it outdoors but have at least a little protection from the elements this might do. Hole in back is only for supply USB power cable, you'll...

Here is some news on the upcoming IFTTT integration. I can see it in IFTTT but not use it yet Wyze is finally on IFTTT! • r/wyzecam