Why do Routines only support narrow temperature ranges? 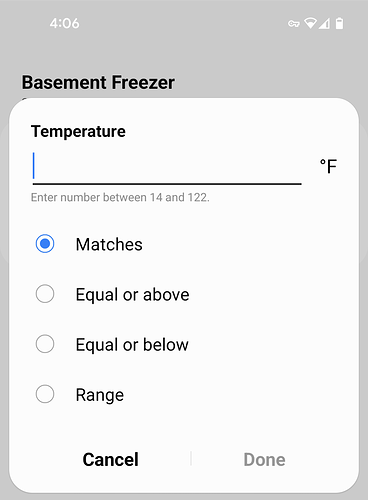 I have a temperature probe in my basement freezer which reads reliably outside this range and the FDA says that for food safety freezer temps should be below 0°F, so if there’s a problem I want a notification long before it gets as high as 14°F. I used to be able to do this with Custom Monitors which was unceremoniously shut off last week.

Why such an arbitrarily narrow range in Routines? And what are my options now?

I just wrote a routine and it let go down to -4F. I wonder if the Edge Driver being used affects it.

I wonder if the Edge Driver being used affects it.

Interesting, I’ll try excluding and including it later and if it switches to an Edge driver I’ll check if that makes the difference. None of my devices have migrated automatically yet.

Still seems like an arbitrary limit given that the sensor reports values outside this range, but this solves my use case at least. 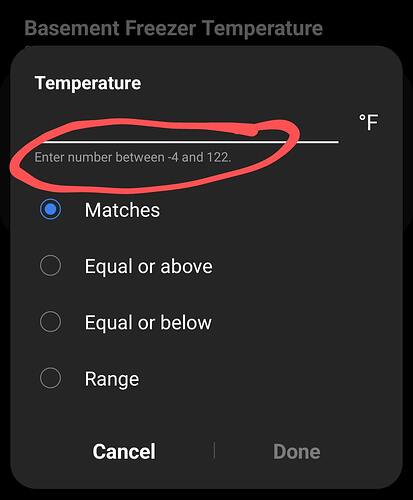 Keep in mind that a given drivers can cover many different brands of devices. When it was originally written the devices bring considered might have had those limits.