Trying to figure out if I can control my whole house fan w/a z-wave switch. The fan is old, can’t find much info on it besides a sticker on the motor housing that says it’s 5 amp. So I was thinking a 15 amp switch would be fine … but all the switches say they only support a load of up to a 0.5 HP motor. Again, I can’t find much info on the motor … I’m pretty sure it’s as old as the house, so 25 years old. The best I can find is an equation for HP: (VIEff)/746. Eff is the motor efficiency. No idea how to find this, but based on the voltage of 120 and current of 5 amps, the efficiency would have to be 60% for that to yield 0.5 HP. I’m kind of doubting the efficiency is that low. So my question is, why is there this 0.5 HP limit on smart switches? Isn’t it really just about how much current the load will pull? If the switch is rated for 15A I would think it would be find to use w/this motor. Anyone have any knowledge to share here? Any suggestions on how to control this fan?

Third rule of home automation: physics counts. if only the amp specification mattered, the switches would not give an HP specification. So you can’t just ignore it.

It’s there because of the draw pattern of a motor versus a light. If the motor burns out the switch, that can be a fire hazard.

The difference is, it’s cheaper to make a switch with a 20A rating for purely resistive loads, but switching an inductive load like a motor means the switch must be capable of interrupting and extinguishing the arc that forms as the inductor tries to keep the current flowing. But just saying “Commercial grade” “Industrial grade” or even “Spec grade” does not necessarily mean you get that motor rating, you must look for it to be explicitly stated on the switch or the spec sheet. For example Leviton Spec Grade 20A toggle, yes, it’s rated for up to 1HP. P&S / LeGrand Spec Grade 20A toggle, no HP rating at all.

Is there no brand and model number anywhere on the fan?

This is what I could see from below. If I have to I could get to it from above but I’d like to avoid that if possible … it’s in a rather hard-to-get-to spot in the attic.

The current wall switch is Nutone. I googled the model number shown in the picture and find this: 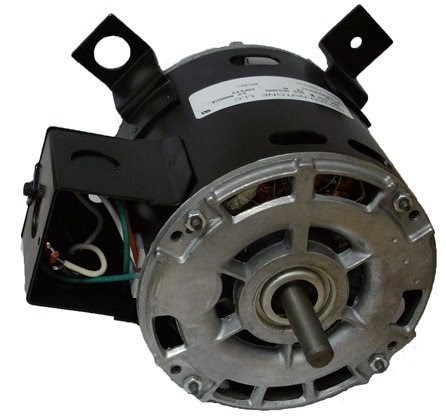 But I can’t find HP anywhere. 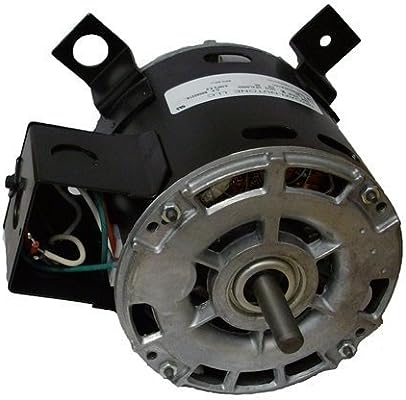 Amazon doesn’t even list it. Maybe try calling Nutone. They’re tech support might be able to help on a discontinued motor.

If you cannot find a smart switch that can handle the motor, you can always use the switch to control an external beefy relay that can handle motors better than a regular switch… You just have to ensure the (very simple) wiring is done professionally to keep things safe.

There are some smart switches which can handle 1.0 HP motors on 120v, they are typically used for pool pumps or large appliances. But they are expensive, often almost $200 per switch, so hopefully this fan won’t need one of those.

Transform any home into a smart home with the GE 40 Amp Z-Wave Plus Direct-Wire Indoor/Outdoor Smart Switch. When added to a Z-Wave network, the heavy-duty GE smart switch enables wireless control of on/off functions for large load, hard-wired...

@JDRoberts wouldn’t it be a bad idea to put a 40A switch in a 15A circuit?

If I get time I’ll call Nutone; if they can’t give me an answer I think I’m just going to punt on this for now. At some point I’m hoping to just replace the damn thing w/something a lot more quiet; at that time I can switch to smart control.

@JDRoberts wouldn’t it be a bad idea to put a 40A switch in a 15A circuit?

No, that is actually the safe way to do it. Switches are not over-current safety devices. That’s the job of the circuit breakers. Switches and relays should be, IMHO, overrated for the load they intend to handle. Same with the wiring.

That makes sense to me. An overrated switch shouldn’t catch fire.

Nevertheless, not sure it’s worth it to put a $200 switch on this circuit. Tho I suppose it could save me from having to buy a completely new fan. Something to think about.

Nutone has no idea what the HP is … they don’t bother to track that. Oh well.

Nutone has no idea what the HP is … they don’t bother to track that. Oh well.

Can they point you to an installation guide?

BTW that GE switch would not work for this application … I was hoping I could find a paddle switch that looks like every other smart switch out there. Does such a thing exist that will drive this beast?

Darn it I didn’t think to ask about an installation guide. The tech person didn’t offer one and the motor has long since been discontinued. Seems like I"m going to have to punt on this, and maybe some day I can just replace the whole thing. This isn’t all bad cause it’s dang loud. Anybody have any positive or negative experience w/QuietCool?

I was curious about this and happened to stop in a local electric motor supply and repair shop. I showed your motor to the shop attendant and he tried to look it up. He said Broan doesn’t list the HP since it’s an OEM part and Broan doesn’t like folks replacing OEM parts. They’d rather have you buy a whole new unit. The guy was very nice and spent about 10 minutes trying to find out. He wasn’t trying to get me to buy a new fan. They didn’t have any, I asked. Looks like you may just have to replace the whole thing with something quieter.

lol … thanks for the research! You confirm what I found out … they don’t want to give out this information; from what they told me it sounds like they don’t even HAVE this information. So, seems like I’m SOL in terms of figuring out if I can put a different switch on the fan. As you say, my only real option is to just replace it … which wouldn’t be all bad, as I could get a (hopefully) much more quiet unit.