Only Cooper and the Leviton Vizia series offer instant update, but

My theory is that zwave plus switches will likely have a firmware upgrade as soon as the patent expires? Thoughts?

Only Cooper and the Leviton Vizia series offer instant update, but

My theory is that zwave plus switches will likely have a firmware upgrade as soon as the patent expires? Thoughts?

Certainly possible. The hail command exists in Zwave to enable instant status. It’s just that right now legally only those manufacturers that pay the patent for their dimmers can use it. I’m pretty sure that the in wall relays don’t have to pay the patent fee because they’re a different type of device, which is why just takes a parameter change with those.

The patent expires sometime in 2016, correct?

My theory is that zwave plus switches will likely have a firmware upgrade as soon as the patent expires?

What are the chances of ST enabling over-the-air firmware upgrades?

The patent expires sometime in 2016, correct?

One does. But there’s another one Lutron may argue still applies that goes through 2019. (Lutron holds a lot of lighting patents.) So everyone’s waiting to see what actually happens. Lutron hasn’t showed their cards yet.

Just for the record, X-10 lighting controls do have one important advantage - stick-up controls. I have a 5mm-thick switch pasted on the wall with double-faced tape, that controls 3 lighting groups plus dimming.
As far as I can tell, no such product exists for ST lighting, there is no outlet box for me to use an in-wall dimmer, and I refuse to use a phone app to turn on the lights on demand. 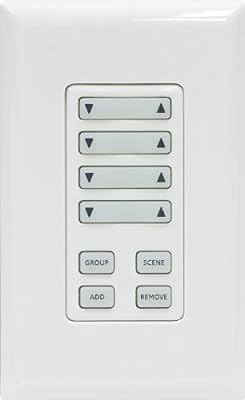 Excellent - Thanks! Just what I was looking for. Now I can finally replace some X-10 lighting, which puts a lot of RF noise on the power line.

For the record I have not used it, but seems really close.

Has anyone tried this item? It looks like it fits in a normal outlet/switch area and has four buttons plug 4 funtion items. I’m curious it if will interact with SmartThings and what you can do with it. Any experience would be great. Thanks!

Read the whole thread carefully. The GE multi button remotes, including the 45631 wall mount model, do NOT work with SmartThings for most people. There is a commandset incompatibility.

IF you have another Zwave controller you can set it up with first, then you may be able to get it to work, but not with perfect integration.

Meanwhile, here is a link to the list of things that do work:

Plus there are a couple of wall mount mains-powered multibutton controllers that work pretty well, but occasionally need an extra button press. The most popular is probably the Enerwave SC7. But it’s not battery-powered.

How strong is your Z-Wave mesh? Is it possible that the device is out of range when you are trying to include/exclude? Also, what is the button sequence you are using for include and exclude?

I think you need to set up the remote as a secondary controller to get it to work.

I currently run Aeon remotes (plus a Hue remote), which gets the job done. No fine tuned dimming levels but if I hold a button it dims it to 30% 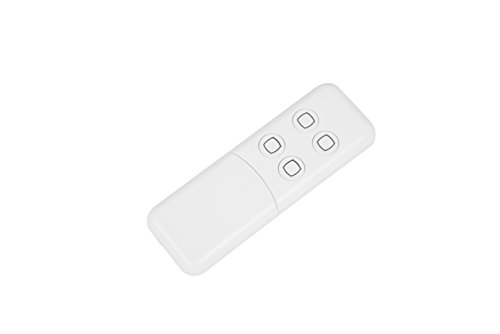 Aeon minimotes work fine, they use a different commandset which is compatible with SmartThings.

This is much discussed in the forums and I don’t want to hijack this thread further, so just search for The specific model threads in the forum for more details about how different secondary controllers are handled differently.

Well, my 45631 should show up today. I’m not that concerned about ST support, I just want to replace some X-10 lighting controls and put a switch on a wall where there is no power. I trust that it will at least control the ST Z-wave plug-in wall-warts directly?

Curios on it too. I had a similar issue for a kitchen island I was using color changing hues in. Phillips released their switch so I used that. I also purchased some of those Amazon tablets and have them near the couch to control lighting.

I’ve been using Zwave Cooper dimmers. Thought I would use the incandescent no neutral wire version to save some money (9534). All my lights are incandescent. I put several of theses switches in then started noticing the lights were not as bright as before. I did an experiment and jumped one of the cooper dimmer switches when they were set at the max setting. The lights got significantly brighter when jumped. I would say at max setting on the cooper 9534 you are getting 75% of the light output you get when the dimmer is removed and a normal switch put in. I checked the voltage reading to the light with the dimmer at max and it was only about 87v vs the 118v I had at the dimmer. The other cooper dimmer (9540) that uses a neutral performed much better. I would say light output was 90-95% when set to max of what it is when the dimmer is jumped. It showed voltage at the light of about 107v out of the 118v when set to max. I’m very disappointed in the Cooper 9534l dimmers especially since I’ve installed several. It will be a pain to remove all these and I’m sure I’ll have to fight to return them and their slaves. This is something the manufacturer should indicate. I don’t know why neither of their dimmers can brighten the light to a true 100%. Does anyone know if all dimmers are subject to this? Any suggestions on a better choice or should I just buy the better Cooper and live with the 5 to 10% brightness drop. I need about 40 or more switches to finish my house and want to choose one I will be happy with. Thanks

I did get the GE 45631 working as hoped with enerwave plug-in outlets. The net is that first you put the 45631 on the Z-wave network thru the hub, then add the lighting widgets to the hub, and then add your lighting Scenes to the 45631 manually by pushing buttons. The procedure is a bit of a PIA, but it works fine.

After a day of experimenting with some new Enerwave ZWN-323 plugin dimmers and a GE 45631 on-the-wall controller, I was pretty disappointed. It appeared that after adding the dimmers to a Switch on the 45631 as a Group, all I could do with it was turn the lights On/Off, and the On dimming level was completely determined by the last level set in the Android app. The GE does not offer control over dimming. However, careful reading of the 45631 instructions revealed that setting up a switch as a Scene allows you to set the dimming level for each light in a group (small G) of lights on a rocker switch - a Scene. You just have to set up the Scenes outside of ST. So I puzzled out the procedure that let me assign rocker switch 1 on the GE to 100%, switch 2 to 70%, and switch 3 to 20% for TV tim…

Glad to hear its working. I was thinking about adding one near my front door to control all the lights in the house

Why do you like the Coopers more than the Levitons?

I am between Leviton VRMX1-1LZ vs Cooper 9540. The Leviton can both be found for cheaper and “works with SmartThings.”

I will be hiding these in a closet anyway, so I care less about the physical feel of the switch and just how well the dimming functions work and how well it works with ST Hub.