Which speakers to get for easiest TTS set-up with SmartThings?

I use cheap tablets running Lanouncer hooked up to whatever speaker via aux cord or Bluetooth.

ok thanks for the info

I also run lanouncer to a Google home

I also run lanouncer to a Google home

Someone else can correct me if I’m wrong, but based what has been posted on the forums in 2017, I think the Bose soundtouch 10 is currently the simplest TTS set up and maintenance. Since it is on the official compatibility list, you can also get assistance from support. 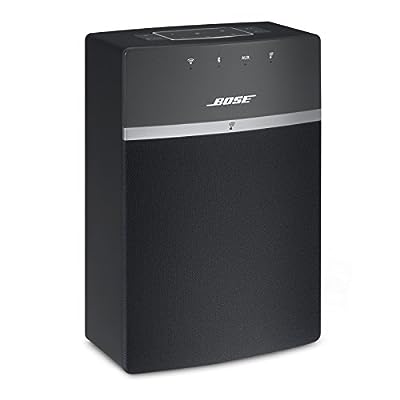 The SoundTouch 10 wireless speaker makes it easy to stream the music you love. It fits just about anywhere (it’s the perfect companion for bedrooms and dorm rooms) and delivers full, rich sound that b ...

Sonos is also very popular, but it just seems like every two or three months something breaks in that integration.

I believe @DParker has the Bose and may have more to add.

I have them in my home and they work great for TTS. I use them with ES for a few specific notifications such as "Someone rang the doorbell at xx:xx (time). I will then bring up my Nest Cam at the front door to see who is there. Not to mention, these speakers also sound pretty great with music. I also have them connected to Echo Dots, which gives me the ability to play music sources from Echo (iTunes iPod, Sirius/XM, etc) via voice thru Aux output or from a music source directly from the Bose. I also have these speakers setup as tiles in ActionTiles.

From reliability standpoint I haven’t had a single issue with these speakers.

Best Buy used to sell them in a two pack (where I got mine), but the two pack is still available from Amazon and Bose has a deal where you can get 1 Bose SoundTouch and an Echo Dot. 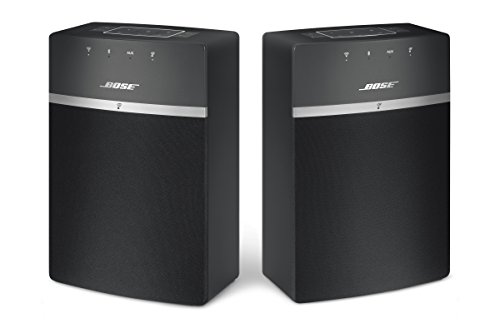 If you want wireless music in more than one room, start with the Sound Touch 10 x 2 Wireless Starter Pack. It's the easiest way to start playing it throughout your home. Each Sound Touch 10 wireless s ...

I suppose we should also mention that there are persistent rumors that Amazon will be adding text to speech (TTS) notification capability to its Echo devices sometime in the next year, and that they have only been holding back because of an agreement with Sonos while Sonos is working on bringing its Alexa – enabled device to market.

I have no idea of any of that is true, let alone all of it, but I did want to mention it because it does seem like something that Amazon should add eventually, and I wouldn’t want you to feel bad if you spend a couple hundred dollars on a different speaker when later Amazon turned on the feature for the dots.

But again, Amazon has not said they are going to offer that feature, let alone when, so it just depends on whether you are OK with The possibility.

Thanks everyone for all of the input. So many options…which I suppose is a good thing.

I do have the Bose ST 10. The official integration works well, and the only issue I have with it is the delay in sound output when playback begins, resulting in the loss of the leading fraction of a second of what’s being played.

Strange… the two pack you listed is $369. But if you go to the following and select a quantity of two, it is discounted to $329 in your cart.

The SoundTouch 10 wireless speaker makes it easy to stream the music you love. It fits just about anywhere (it’s the perfect companion for bedrooms and dorm rooms) and delivers full, rich sound that b ...

I have the Samsung R1…found reconditioned for around $60, and it works well, also supported.

and the only issue I have with it is the delay in sound output when playback begins,

I believe this also happens on the Sonos. To kind of offset the delay, I have the device listed 2x in my output string to somewhat counter the delay from cutting off.

Strange… the two pack you listed is $369. But if you go to the following and select a quantity of two, it is discounted to $329 in your cart.

An even sweeter deal. Nice!

Well, I bit the bullet and installed Media Render Connect, Media Render Player, and I bought a couple of Jam Symphony wifi speakers ($71 a piece). I think that’s all I need to get Smartthings, Alexa, and Echosistant to do voice messages and voice notifications. Hopefully, when they get in tomorrow, I can get them to work. I’m really just looking for the TTS function. If I am missing something, any and all input is welcomed. Thanks again everyone.

The Jam Symphony speakers came this evening. With Media Render, smartthings recognized them right away and connected them. However the only issue I am having is…Alexa, tell the Living Room (Insert your message here). (This plays on your connected speakers)

Check out this list, personally I’m using Fabriq, cheap and simple to setup.

They are still working for me

Google home with this app

I have modified the original code a bit, to support following: different languages except ‘us’. googlehome.accent was not working at all for me, so i removed it, as i haven’t seen its reference accross the code added GET endpoint as sometimes POST request cannot be send, added possibility to send ipaddress and language as parameters to be able to override default, in case someone have more than one Google home. added possibility to play mp3/wav files from given url. Send text parameter starting with http. Example text=http%3A%2F%2Fdomain%2Ffile.mp3 Code can be found in here: and a pull request to original repo was created.