What z-wave dimmers with built-in shortcut to 100% on (full brightness)?

Hi - In 1 room I have a Lutron dimmer that has a built-in shortcut to instantly set 100% on/brightness. One tap on the upper part of the dimmer paddle goes back to last brightness setting, and two taps sets 100% brightness.

Want to replace it with a zwave dimmer to connect to my ST hub, that has the same functionality (I don’t want to use an app to do this)

I already have a GE dimmer (12724) but need to press and hold to get to 100% if they had previously been dimmed, not great experience IMO.

Do you know of a zwave dimmer that will resume to the last dimmed level by default, and also have a way to quickly go to 100%?

I already have a GE dimmer (12724) but need to press and hold to get to 100% if they had previously been dimmed, not great experience IMO.

The new GE Dimmers have double tap up and down. You would need to create a rule though. SmartLighting would be the perfect tool as it runs locally.

So interesting, all of my switches are GE and it literally takes about a second to hold for full brightness. I believe there is even a custom DTH that allows you to adjust the ramp up period.

Either way, people want what they want and although I never thought about it, that is a nice feature.

Inovelli switches has muti-tap support in their dimmers that support scenes. It works well since it looks like a button controller when using webcore… You could set up the double tap up to go 100%.

My leviton z wave dimmer switch does the same. Click once on top for last brightness, double click for full. Press down once and off.

The device handlers for the HomeSeer WD100+ and WD200+ dimmers provide a built-in preference option for double-tap up for full brightness.

Using the Advanced Button Controller smartapp I control the light.

The dimmer switch has on, off, brighter and dimmer buttons.

For both are DTH available. 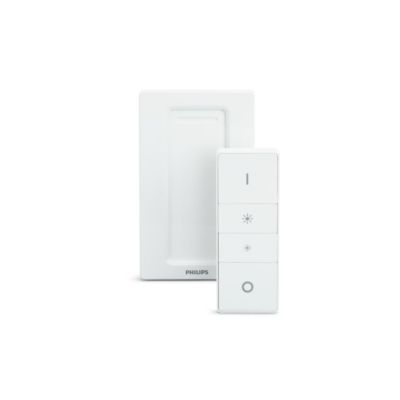 I have GE dimmers, I made a routine in webcore to go full brightness with double tap up and lowest dim value double tap down. This works pretty well.

Thanks to all for the comments.
I ended up buying the new GE/Jasco Zwave Plus Dimmer (14294) and installed the DTH posted by nuttytree at [BETA] GE/Jasco Z-Wave Plus Dimmer Switch With Double-Tap, Associations, And All Configuration Options
After that I created a simple smartapp to react to double tap UP and set the light to 100%. Didn’t even have to use WeCore. Works really well. It’s near instantaneous.