What is everyone doing? anyone got a smart idea other than a cable in/down a wall to a power socket? 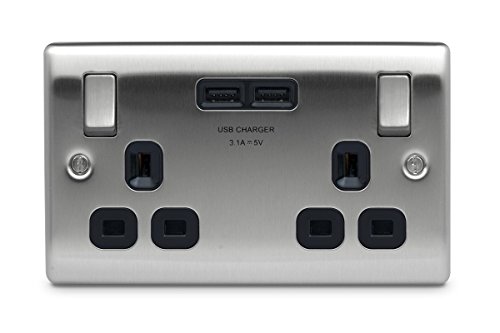 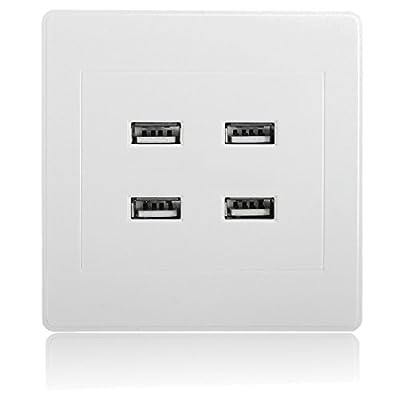 * SODIAL is a registered trademark. ONLY Authorized seller of SODIAL can sell under SODIAL listings.Our products will enhance your experience to unparalleled inspiration. SODIAL(R) 4 USB Port 5V 3.1A ...

the 3 pins are annoying as it will be likely installed near the ground. and running a cable up is not clean. the second is more like it. I have 2 single ones like this and I run them in my light switch but its not recessed so the cable sticks out so the tablet cant go there. I want invisible.

Something like this might work. but needs importing. then mount a flush plate so its in the wall??

If I was mounting a tablet on a wall… I would 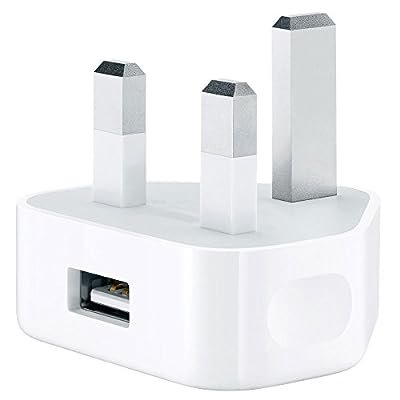 Use this ultra compact and convenient USB-based adapter to charge your iPhone or iPod at home on the road or whenever it's not connected to a computer. Featuring a new ultra compact design. This power ...

Now that is a great idea! Slim line enough too. I wonder how easily they come apart. I have a good few of these laying around.

Done right the wires can be consealed making it safe to touch too.

Yeah I have a big Range. I’ll have a play and let you know.

they sell wall frames on amazon with the power connetion behind the tablet in a recessed box, like a tv on the wall 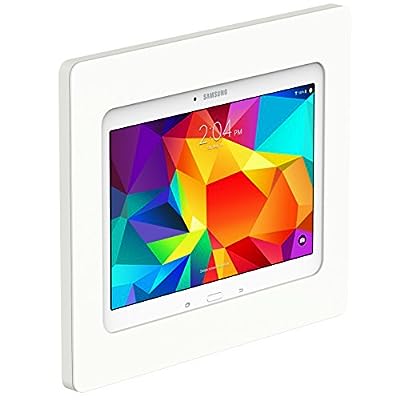 Craftsmanship is in the Details Our On-wall Samsung Galaxy Tab 4 10.1 tablet enclosure is the perfect synthesis of form & function! At about 1/2" [12mm] thick and zero wall clearance (no gap), its low ...

The issue in the UK matt is whilst you can get mounts the recessed USB port does not exist. we have a couple of options for face plates with USB but recessed are USB ports that need to be powered from elsewhere.

Also recessed 3 pin sockets are quite chunky and I don’t have the wall depth.

The Apple charger strip down looks promising. I found an article online on a teardown and I think it should be possible to make it work. if lucky I might even be able to completely enclose it in its own case so no wires are around.

typically these are placed in the same stud cavity above a power outlet. Then run the power from that outlet up inside the wall to a new outlet. The recessed boxes have angled slots for electrical boxes to sit a bit sideways. 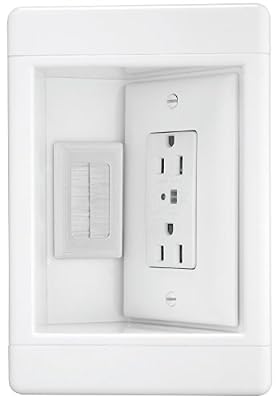 Allows for snug-to-wall placement of your flat-screen TV and handles up to 12 multimedia connections, while the surge-protective outlet protects costly electronics from potentially damaging surges. Ki ... 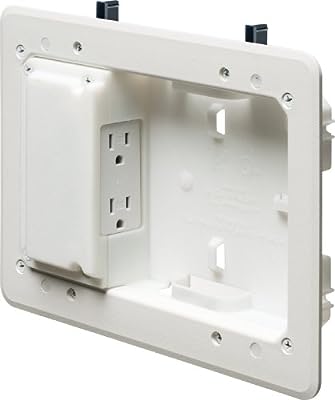 The UK 3 pin solution is so much more bulky not allowing such a slim line solution.

Also where both of my tablet options are to go there is not a power socket for miles! I also have no cavities to my inner walls as it is all brick. So I need to Channel, filler and decorate!

My temp solution I have is using the lighting circuit. Its only a 5volt draw it is less than a light bulb so more than safe. I’m happy to make a bigger and slightly deeper box as needed if I have too.

Using an apple charger with the 3 pins removed and hard wired to the lighting circuit made safe if accessed to change a usb cable should work. and will be a cheap and clean function.

Then a wall mount to hide the usb in to the tablet or reroute out of the back of the case from inside of the tablet to be even cleaner. Both options.

Long term I want the Brilliant Tech switches and then I don’t need tablets. They are very cool looking but not available yet and only 110v compatible. man the 3 pin is so limiting! I might bore a hole from the other side of the wall!

Long term I want the Brilliant Tech switches and then I don’t need tablets. They are very cool looking but not available yet and only 110v compatible.

At $200 to $350 each, it will be interesting to see if they can capture enough market in order to remain viable long enough to slide the price down with production scaling or bargain models.

These definitely look great; but I wonder if their choice to include their own “smart home” functionality built-in, rather than establish a tight partnership with one or two platform vendors (ahem, SmartThings), is optimal from a cost perspective.

Of course, it gives them a much wider market than just SmartThings Customers; yet… they are going to burn through their $20 million in funding in several months or less.

They support a few big options out there I believe.

And with Alexa built in help with the cost a bit as that’s 50 for an echo anyway.

50 echo
50 tablet
50 Light switch
Convenience and all in one small and compact. It’s a little over priced but worth it.

They sold out there first and second batch fast too. And they have sensibly sent the first out Cheap to people as beta testers. And have used them to develop it. It’s been a year of making it solid.

They sold out there first and second batch fast too.

You do realize that “sold out” is just a marketing gimmick, right? There’s no better way to generate excitement and higher demand for anything than to make it available in restricted quantities. Diamonds and gold are just pretty rocks.

Limiting quantities of stock … That’s the #1 technique used by stores on Black Friday!

Regardless; for a high quality product, a multi-functional smart-device that mounts at the wall switch is a “no-brainer” … except for the cost. Most consumers won’t do the math that you laid out; especially with Echo (Dots, etc.) falling in price, affordable 7" and 8" Tablets being more compelling (to some) than Brilliant’s 5" screen, and smart switches also falling in price.

It’s been a year of making it solid.

As we know from, ahem, SmartThings, it takes much more than a year to make something “solid”. We’re at year number 5 in SmartThings now. Finally solid!

The Sold out is because they had a limited batch for Backers. I have been following the company to see if and when a UK model is available. I remember the batch being available to buy for a good few weeks

They released the batch to backers for a pre release model. You are right they could have sold 5 then said they are all gone but I’m going to doubt that a little as it has little benefit to them to drum up that attitude right now. If the product was imminent back then…maybe. but it wasn’t.

My point is people have invested and bought them so there is a market.

Look at Aeotec and Fibaro with the price of a micro/nano dimmer or motion sensor. They sell above cheaper options.
Robot Mowers and Hoovers are expensive and still are bought
and don’t get me started on the iKettle!!

People will spend £2-300 for something that works.

Time will tell once its fully released. It is the only thing really of its kind and it also fits so many complaints in the HA market. I assume no one else wanting to tackle it as it is complicated to get right.

Cheap tablet options are great for the average DIY’r but not for pro installs where reliability and simplicity is needed.