Has anyone come across a smart bulb that works with smartthings and has a type B base? We just got a new light for the house and I cannot find any when searching on the internet so far.

Not sure what a Type B bulb is? Can you point me at an image?

Any options with a convertor such as this: 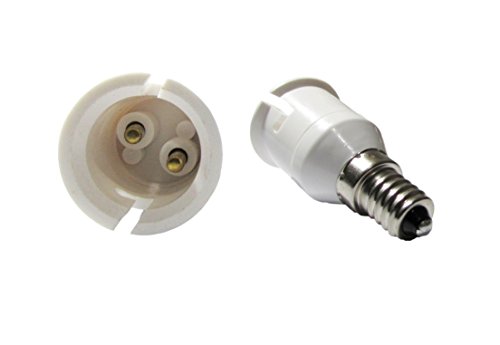 Looks like what it says is a B type candelabra base bulb. I will see if I can load an image or not. Thank you for the help.

B type candelabra base bulb.

Convertor should do you fine. These are called small Edison screw or E14 in the UK should that help you out.

Hue makes a B22 bulb in England, but I don’t think anyone makes the smaller B15 in a smart model–there’s not enough room for the radio.

In the UK, B refers to the type of socket fitting (a B is a push and twist in rather than just a screw in), but you still need the number to know the size of the base.

If you take one of your old bulbs and look at the base it may have the size code printed on it.

As @brumster mentions, converters are inexpensive and will work fine, but make sure you get one that converts to E27, not the E15.

Here’s a converter for the smaller B15 size to the typical smart bulb size of E27:

And one for the larger base 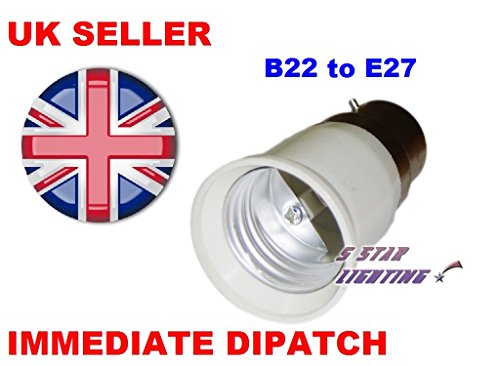 Of course, these converters will be very obvious in the sockets if this is a chandelier type fitting so that’s another thing to take into account. If you want to keep the same fittings, you might have to use an in wall relay rather than smart bulbs, but that would require electrical work.

On the other hand… If you are in the US, you probably have a B10 flame shaped candelabra light, in which case the B10 refers to the shape of the bulb, not the type/size of the base. The base might in fact be a size that would take a regular hue or Osram Lightify bulb. So if you’re in the US, would a regular size lightbulb screw into the same fixture? If so, you’re all set.

But notice that the two B10 bulbs in the picture above have different size bases.

The one on the right has an E15 base, the smaller one we were talking about above. The third one over has an E 12 base, which is screw-in that is very small. In that case, You’d need the adapters for e12 to e27 To make a smart bulb work, but again, it’s going to be very noticeable in the fixture, so again you might want to consider using an in wall relay instead.

Oh, and it’s probably obvious by now, but whether you’re in the US or the UK when you look at the adapters the first measurement is the existing base and the second is the new cup size that will hold the new bulb. So e12 to e26 is an adapter that allows an existing e12 socket to accept a larger e26 bulb.

Here is what u ended up getting that worked. I think I may do the smart switch to control the lights which should work as well. I really appreciate all of the help with this today!