I have a few sensors but I am not going to get crazy and put sensors all over.

A sensor in each bathroom under the sink and/or toilet, ( they are sensitive enough that you can usually get away with 1 in between the 2 ) 1 under washing machine, kitchen sink, dishwasher. It may seem expensive and excessive, but even a single $500 deductible for water damage or the time and materials to fix it yourself will cost you more than 6-8 $30 sensors. You can even toss in the LeakSmart valve on the main coming into the house and still be ahead of the game.

Yup I have allot of water sensors and a valve shut off. Washer line busted while at work and it shut off. I had little water on the floor which I cleaned up with a few towels. Imagine this happened at 12 something and I dont get home till 6. My whole downstairs would have been flooded and tens of thousands in damage.

Where was your sensor at?

I have one by the drain in the basement, it would eventually catch it… but…

Sitting on the floor in between the washer and dryer. I am going with it detected it almost instantly! 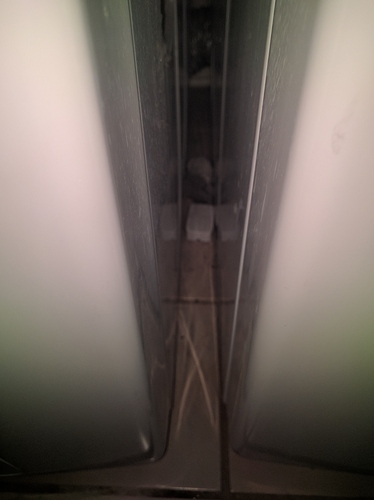 That is about where I have mine. Behind the washer under the loop in the hoses and the gas trap for the drain. The ones under the kitchen sinks are right below the loop from the sprayer hose. about 3-4 drips of water is all it takes to shut off all water in the house.

Sitting on the floor in between the washer and dryer. I am going with it detected it almost instantly!

Which shut off valve are you guys using?

I bought the zooz one. Not to hard to install. Had to get them to install a lever valve then I installed the shut-off. Just a few curse words 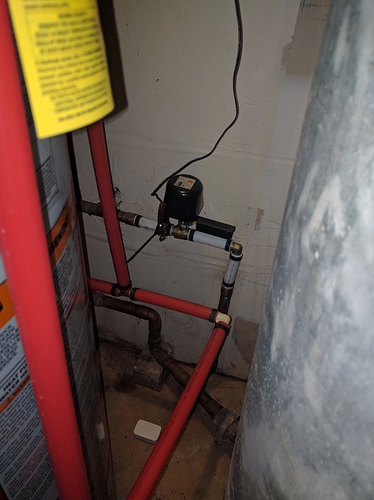 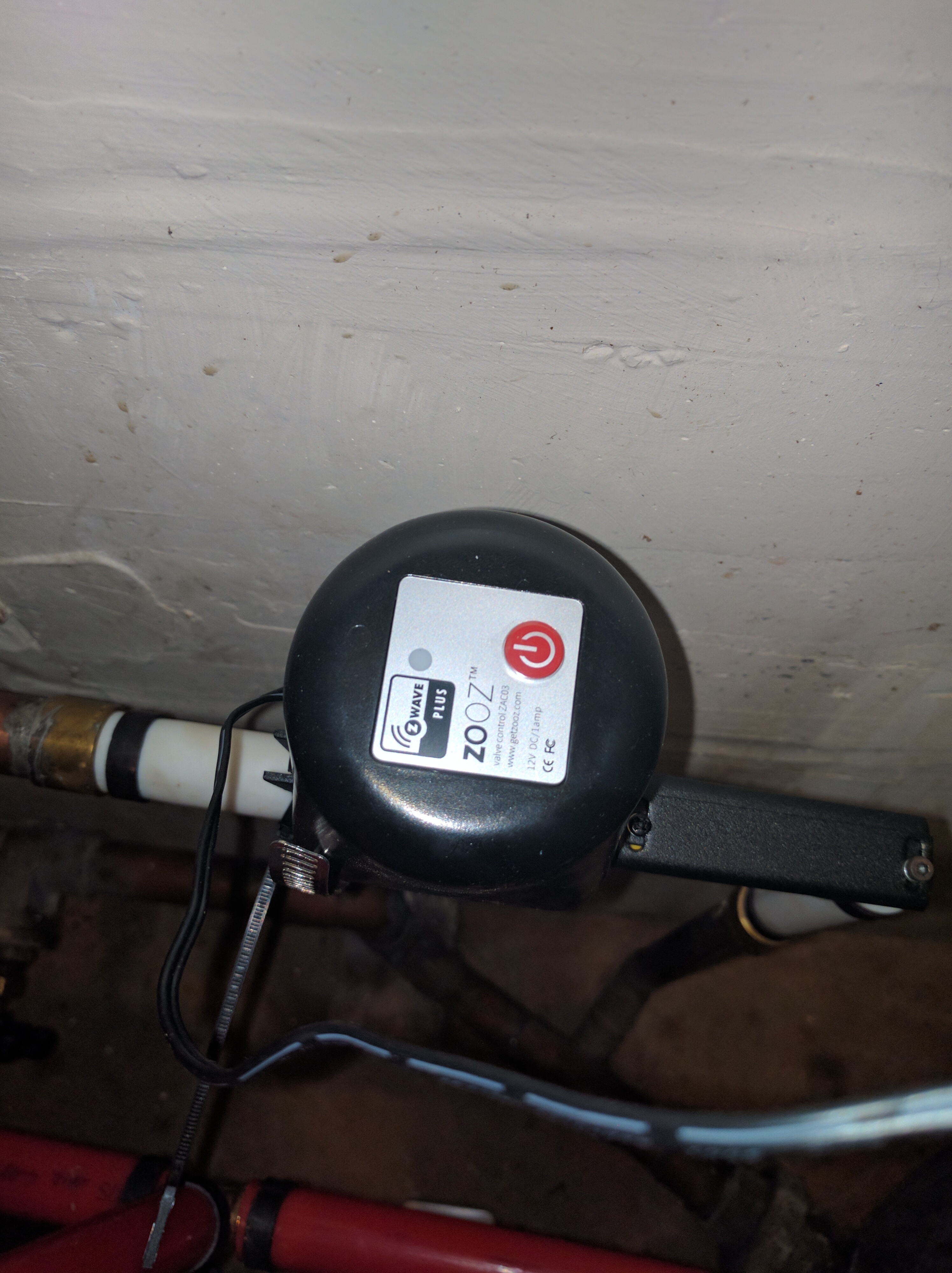 Huh? The Zooz web site states that the valve shutoff is compatible with ST, but it isn’t listed on the ST web site, nor is an app in the marketplace?

Is this one of those unofficial things?

Their is a DTH for it and it was recognized immediately and works flawlessly. 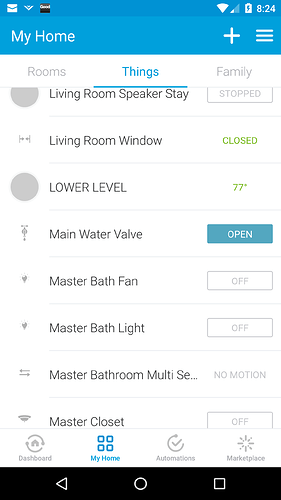 Thanks! The Zooz costs significantly less than the Fortrezz.

Yes and works good. Why I went with it.

I’ve always wanted to get a shut-off valve but my water main is located outdoor. If I understand correctly I need to keep this plugged in. I wish they make battery powered model so it can be used anywhere.

For inexpensive water detectors, you can adapt these contact sensors for about $15 each, however you have to get a motion detector as part of the kit.

GOCONTROL WNK01-21KIT Essential Z-Wave Home Security Suite $43.82 w/Prime https://www.amazon.com/gp/product/B00XUXYSWU/ref=pd_sim_421_38?ie=UTF8&psc=1&refRID=CD6XTZ1V5TQYY79HHY8N Motion sensor isn’t very fast and the contact sensors are a bit on the largish size. However, I believe these sensors have contacts that allow you to create custom sensors such as a water detector or pressure mat sensor. Great for those DIY custom sensors. https://community.smartthings.com/t/diy-pressure-sensor-welcome-mat/6208 https://community.smartthings.com/t/made-a-water-leak-sensor/9373

That’s exactly what I used. I already built 3 more water sensors for each of my bathrooms yesterday. I purchased 2 more of the same kit from Home Depot.

I think I still need:
1 sensor for dishwasher
1 sensor for kitchen sink (I had a garbage disposal leak months ago making a big mess)
1 sensor behind fridge (to monitor the drinking water line)
4 sensors, one for under each bathroom sink.
Auto shutoff valve

I can then sleep better at night