I just wanted to write to advocate for investing in the moisture sensors anywhere a leak can occur (under sinks, near washer, dishwasher, hot water tank, incoming water supply), then installing a FortezZ whole house valve. I have 13 sensors in my two story 1600 sq ft house and the FortrezZ, so granted this is a $1000 total investment, but it works like a dream. Imagine if an isolation valve under a sink, your hot water tank leaked, a hose busts off your washer, etc while no one is home… Best ST venture I’ve undertaken lately.

Ya me to. But if your tanks ruptures you are screwed anyway… I guess it is still.better but a 75 gallon tank leaking is not good.

You’re right, Larry. But…they make the secondary containment plastic pans to have under your hot water tank with a standard hose bib and you can pipe it with a garden hose to your drain. If you’re lucky like me, my drain is right beside my tank. If it’s more of a catastrophic type rupture, then you may have a pretty wet basement though like you said, BUT with the moisture/leak sensor telling the FortrezZ whole house ball valve to shut off, it’s the difference between 40 - 80 gallons of water on the floor, versus your basement becoming an in-ground swimming pool

Pretty difficult when you basement is below ground and no floor drain. You need a sumo.pump and most.likely a relay or a 220 volt switch. Also pan under my will.not work … it is gas. And no.place to put it.

Spending 250 to 350 on water shut off valve is insane. I’m working on a solenoid valve when said and done should be around 60 to 80 a piece.

The drainage issues would exist even if you ran down and shut the water off yourself. You can mitigate damage with the valve and water sensors. 1) knowing there is a leak faster 2) preventing NEW water from entering your house and adding to the existing leak

Spending 250 to 350 on water shut off valve is insane. I’m working on a solenoid valve when said and done should be around 60 to 80 a piece. 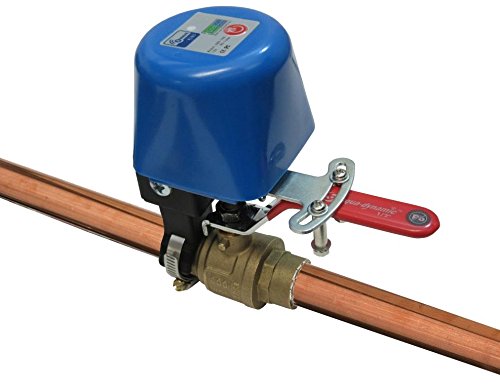 That’s not too bad. But I’m still a cheap bastard.

Around here most houses have floor drains. I have replaced about a hundred water heaters with tank leaks and I have never had one that was a total blowout. They will usually seep for weeks or even months.

I agree, Greg! especially since it’s automatic and when no one is home, it limits damage to residual pressure in the line which bleeds down quickly. I’ve done a couple simulations by loosening packing nuts on sink isolation valves and I didn’t have much water to clean up (I had towels right beside me).The sensor and valve reacted quickly. It’s great. I had a valve leak two years ago when my family and I were home and we didn’t know we had a problem until water was dripping down our ceiling in our downstairs laundry room. Our life was turned upside down for weeks while contractors repaired it. $1000 deductible and then of course the premium skyrocketed due to about a $5-6,000 claim.

I’ve done a couple simulations by loosening packing nuts on sink isolation valves and I didn’t have much water to clean up (I had towels right beside me).

Lol - that is some serious testing. I’m satisfied just testing the valve and not the drainage issue. I have the leaksmart valve. I like it except I haven’t found a way to make sure it is communicating with the hub other than open/closing it.

. I wanted to see how much residual pressure the system would have. Not much by the way because the FortrezZ is very fast.

One thought in my mind though - what if we stop a leak, can’t make it home (vacation), wouldn’t the hot water tank overheat and be a hazard without water going to it? I know there’s a PRV, but do we need to also put the pilot control in vacation mode? Z-wave gas hot water pilot control? Maybe I’m thinking too hard about it now?!?

One thought in my mind though - what if we stop a leak, can’t make it home (vacation), wouldn’t the hot water tank overheat and be a hazard without water going to it?

Well you are assuming the leak is in the water heater? Otherwise why would it empty? My plan would be to have a neighbor check on things. They can cut the power/gas to the water heater or do whatever needs done until I return.

I’m working on a solenoid valve when said and done should be around 60 to 80 a piece.

That’s already been done. Have you seen this?

Has anyone tried using one of these Smarthome SELECT electronic water valves with a mimolite or Remotec ZFM-80? It seems to be readily available and a bit more affordable than the $400+ fortrezz option. [image] Smarthome SELECT Electronic Water Shutoff Valve, 3/4-inch, 12V DC

I used the motorized valve and a mimolite for a main shutoff (see a few posts down that thread). My next project is to do the same thing for a secondary valve to open and drain the lines into floor drain or even out to the outside of the house. The Iris water valve will be the next one I purchase. It’s affordable, easy to install, and overall a better fit/finish/setup than a separate valve and mimolite setup. I’ve seen them on sale in my area for as low as $157.

I think my first project total cost came in at around $120-130. I’d be curious to see if you can get any cheaper.

These valves are great idea. If nothing else you are minimizing the damage. As a plumber for my day job. I’ve seen very little water cause thousands of dollars in damage. One of the builders I work for just recently started using a electronic valve integrated with the alarm so that when the homeowner leaves and arms the alarm it turns the water off. When they come back and disarm it turns it back on. We’ve had a few times when the homeowners didn’t want an alarm, so they put a simple on/off switch by the front door or garage door ( not sure how they went about wiring this. That’s out of my area of expertise ) . I can say this has eliminated a lot of emergency calls during winter monthes.

I just found this. MISOL motorized ball valve 3/4"(BSP) DN20 / 12VDC / 2 way / electrical valve / ball valve with acuator / reduce port / CR01 https://www.amazon.com/dp/B009YVCMX4/ref=cm_sw_r_cp_apa_PZRlxbZ4ZXM19 I would have to install some relays to reverse polarity. Relays and power supply would be around $10. And then of course a Z-Wave switch. The cylinoid idea I had would be much cheaper but I can’t find any that are normally open.

Hmmm. You can get a z-wave garden hose device for $40 which is normally closed. Garden hoses handle lots of pressure/flow. Not as much as your whole house service line, but as much as any other single faucet you have.

Obviously, those plastic units are not designed for ‘forever’. But based on this, it seems a heavier duty unit should not cost a fortune.

@chris2vic, that’s pretty much the same one listed in the thread I referenced above, but the one you’re looking at doesn’t have 2 very important things:

You are much better off with this (brass or stainless) if you’re going the DIY way: 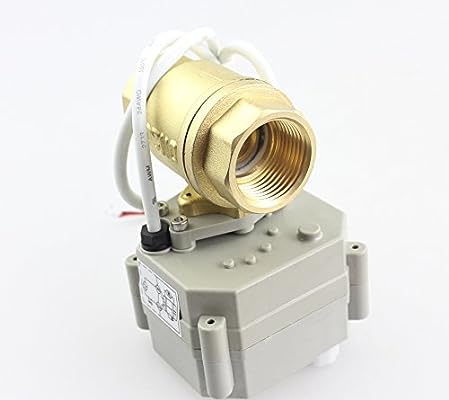 This valve has the manual override AND the sensor. It looks very similar to the one I bought (and cheaper), and I use a single MimoLite relay (in latched mode) to control it and to get the sensor open/close state in a single device handler, including a single power supply that controls both the Mimolite and valve. It’s always in a normally open position, and has been rock solid.

Hi John, if you don’t mind can you share schematics how you’ve connected the valve with mimolite and valve power supply. I have the same setup, but I cannot make it work. It start closing, and then after 5 seconds opens it again. And also which device handler are you using (type)? Thanks!