I’ve got several heavy traffic rentals using @RBoy 's rental lock program (amazing app) with Schlage Connects. But the pure usage is eating up even my lithium batteries fast enough for me to be annoyed at the change out frequency. I’ve added repeaters next to each door to try to alleviate the battery consumption.

Is there such a thing as a hardwired smartlock (with batteries for redundancy) out there? Maybe a hardwired hack for the Schlage?

What’s the brand and model of the repeaters that you put near the locks?

And did you run a Z wave repair after you added the repeaters? Otherwise the locks may not be using them.

fast enough for me to be annoyed

What is the “fast enough” period?

Is there such a thing as a hardwired smartlock (with batteries for redundancy) out there? Maybe a hardwired hack for the Schlage?

As far as this question, there are two answers.

First, there are a couple of big manufacturers working on smart locks that have solar panels built into them. These only work if the lock is positioned so that it gets a good bit of daylight every day.

Hampton released their “Array” model late in 2018. That one will not integrate with SmartThings, though. Schlage and Yale are both rumored to be working on solar powered locks, with Schlage’s probably being a variant of their new Encode WiFi lock. No word on possible smartthings integration yet, and no exact timeline for release of the solar models.

Put that all together and I think it’s more likely to be a 2020 solution then 2019, but it is something to keep an eye on long-term.

Commercial buildings very commonly have hardwired smart locks. Residential buildings normally do not. The difference has to do with fire safety code for buildings where people sleep.

The easiest way to make an always powered lock is to do a “electric strike” which prevents the door from opening unless a device built into the wall is authorized. That lets you put the power source on the wall side instead of on the door.

They work fine, they’re not very expensive, they are easy to find. The problem is what do you want to have happen when the power is out.

For safety reasons, particular in the case of a fire, the obvious answer is that you want the lock to “fail insecure,” that is, it should be possible to open the door if the electricity is out. That makes sense, right? Hurricanes, earthquakes, fires, even heavy storms may take out the power to the building and you still want people inside the building to be able to use the door. Commercial buildings typically also have a regular manual key lock on essential doors, and the assumption is that security staff will go around in person in the event of a power outage and lock any of the doors that need to be manually locked. This helps protect the building from looting but doesn’t trap anyone inside.

Residential buildings are a different problem, particularly vacation homes or rentals where there may not be anyone who could go lock the door manually. So that means the door just stays unlocked until the power comes back on. Which is why electric strikes have not been as popular.

( almost everywhere in the US fire safety codes for residential buildings will not allow you to choose a “fail secure“ electric strike for buildings where people sleep. )

If you would be OK with a “fail insecure“ electric strike option, there are some community members who have done that. For a rental, you would need to add a separate keypad device so your renters could get in and out. ( if you were doing this for your own home, you could just open the SmartThings app. The electrics strike will look like a switch which is open or closed.)

I’m not saying this is a great solution, particularly for a rental, since if smartthings is not working you will not be able to operate the electric strike. That’s very different than a regular smart lock where the keypad will still work even if smartthings is down. But it is an option that some people will consider.

If it was me, I would wait until the solar lock options were available and then look at those. That just feels to me like a better solution for a rental than an electric strike. JMO

Maybe a hardwired hack for the Schlage?

You can use “any” decent 6v AC-DC power adaptor, but have to cut the output wires to attach the snap-on style 9-volt battery style connectors. Total cost under $20.

Of course, this is only practical if you can run the power across to the door hinge side and have a nearby outlet.

Aeotec. Yes, i repair every time i add a new zwave device.

Could I do it to also fall back onto battery life as backup in case of loss of power?

Every 3-4 months. Since I’m not there very often, it’s usually when a guest complains the lock doesnt work.

I purchased a 6V1A plug in converter and used 22 Guage wire for the run and connected positive to positive and negative to negative on the battery case and wire ends. Pretty easy project and no more changing batteries! Even took it a step further and put it on a Smart Switch so I could easily reset the lock if/when it looses connection. As you can see by the screenshot below, it uses hardly any energy! 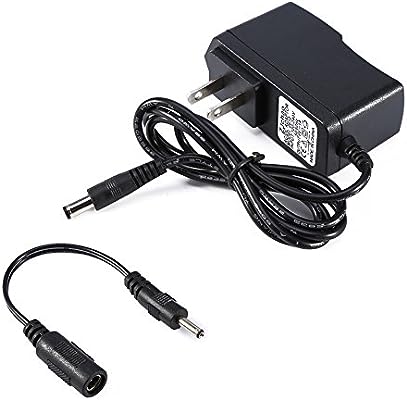 Wouldn’t you need to have that on a UPS of some sort? I’d hate to not be able to get in the house during a power failure…

We have physical keys that unlock the doors just like regular dumb locks.

Here’s some folks discussing the subject and it sounds like they figured out a way to keep ni-cd batteries trickle charging in the lock.

So I have the Schlage Connect lock and I have experienced low battery life, about 1.5 months overall from the lock. The lock uses 4 AA batteries in...

I never trust a battery powered luck without a backup plan - especially because our lock is used by dog-sitter / walker when on vacation, and being locked out would be a disaster.

So we have physical keys stored securely, but accessibly, in this: 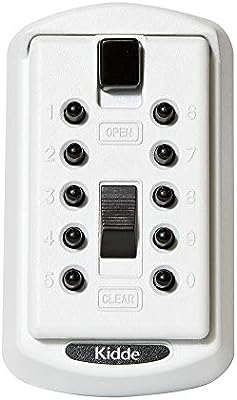