It does thru a custom device type… 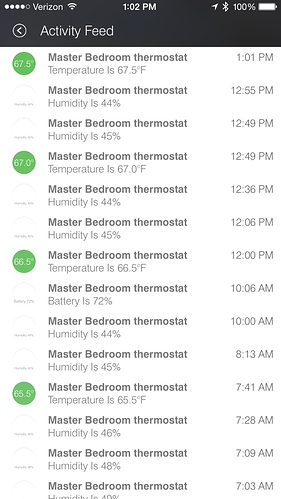 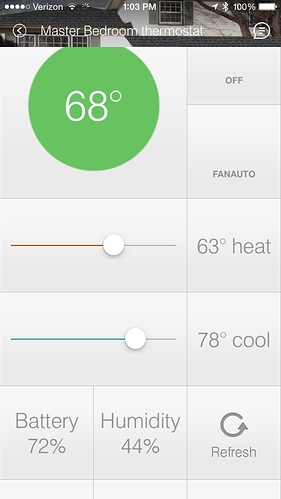 I have a C wire on my current thermostat, so I can power it from there and use batteries as backup.

Absolutely and you now have a zwave repeater.

Who’s custom device type are you using, one you made or some else on the board?

do you run this thermostat complete with the wifi module on batteries alone?

If you are refering to the lowes ct 101, it does not have wifi. It uses zwave which is a lot easier on the batteries.

I have the Honeywell Z-Wave thermostat and I have no complaints. It came with a “wire saver” module which was nice since I don’t have a “C” wire. I was tempted by Ecobee but I didn’t think I would actually use all of the extra features.

I have the Honeywell zwave (not wifi) and the ecobee at different locations. Both have been very good tho the ecobee is wifi and has a better programming and usage UI, also better support

I have the Honeywell YTH8320ZW1007/U Z-Wave, and it works great. I have it set up to heat/cool based on modes, people being present, and doors being open. I don’t have any controllable vents, but I believe that they would integrate in well.

The setup on the thermo was easy (to my HVAC), and pairing it with the hub was even easier. I’d be happy to answer any other questions if you had them.

I have an ecobee smart SI for sale, $75 bucks shipped.
Great unit, aesthetics were fighting the current house feng shui… 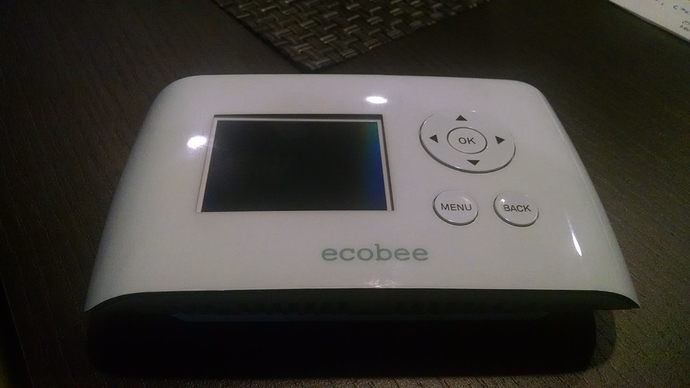