Suggestion to all posters

Guy’s the forum is getting to be one big mess. If we are discussing a certain device and you want to mention another device start another thread as the thread becomes a mess with code for both or in some cases four or five devices. Also questions are not properly answered by the original developer, and sometimes if you forget to mention exactly which device you never get your question answered. I have run many forums and moderate on three and out of all of them this is the worst. I know you can search, but that can lead you to six different threads mentioning the same device, but not necessarily what you want. So in order to try to get thing back on the right track refrain from mentioning another device or device type or smart app, unless it pertains to the correct device. This is just a frustrating forum, and not the way it should be run. There should be at least four moderators here and I don’t even know if anyone from ST even comes in here.

There are several ST employees that are regular posters and they have been fully engaged with the community since the Kickstarter. I don’t agree at all with the thesis of your post - the free exchange of ideas has made this community the best source of general home automation knowledge that I’ve found so far and I don’t feel like heavy-handed moderation is the answer. The search function is fast and reliable, if you’re having a hard time manually weeding through forum topics (which I totally understand), try using the search feature within a thread to find the specific content you’re looking for.

I agree with you idea of free exchange, but order is necessary even with free exchange. Search does bring you to sometimes the correct answer but many times to another which isn’t correct.This is just an opinion as I want this place to flourish and bring new ideas but it can be confusing to some. I don’t know if you have noticed, but people ask the same questions all over again many times in one thread. We were discussing a device, and someone posted links to code which was great and helpful, then someone mentioned another similar device, then someone another with code for that not mentioning it wa for the different device. That is all that I am referring to.

Kind of mirrors the frustration of making something happen in ST:

Device type? Is it official? Does it run locally?
Smart App? Which one? Is it in My Home or Marketplace? My Apps?
Schedules? Did I do something wrong, or are they not running in the cloud?
Events? Do I have a hardware problem, a software problem, a SmartThings cloud problem?

Yes I have as it is frustrating. To some that are very knowledgable on the subject it means nothing but for novices it is a huge frustration. I am not the only one that has voiced this opinion. I just feel that the forum ihas become full of useful info but not organized well. I know it is our own fault. I also am guilty, but I want better.

Please understand that I am not trying or mean to be confrontational, I just want things to be a little bit more organized, which can’t hurt anyone. If I came off being pushy I apologize.

Yes and I did mention that in the posts and apologized for doing so. And I did say I am as guilty as the people I complain about. I feel there is so much to gain in this forum, but sometimes it’s like a old text book where someone tore out the index. Like right now I am looking for the Aeon Labs AEDSB09104ZWUS Aeotec Z-Wave Smart Energy Monitor device type and have searched and have come up with a few mentions of the device, but no device type or smart app, but yet I read on Amazon and viewed photos of the device working. So maybe I am doing something wrong, which I can be, but the answer eludes me.

I am looking for the Aeon Labs AEDSB09104ZWUS Aeotec Z-Wave Smart Energy Monitor device type and have searched and have come up with a few mentions of the device, but no device type or smart app

Did you look in the IDE? A device handler for an Aeon Home Energy Meter is there.

I know it’s really frustrating. Often the easiest way is to start a thread in the correct section of the forum with a very specific topic title and just ask if anybody knows.

For example in this case you would post in “devices and integrations: connected devices” with the thread title “device handler for Aeon AED09SB09104ZWUS Smart Energy Monitor?” And the odds are really good that within a day or less someone will point you to the desired code.

If your thread happens to duplicate any existing but buried topic, the moderators will combine them for future use.

The weakness of the forum organization is often made up for by the strength and helpfulness of the community.

OK No I didn’t look there as my search results here didn’t mention it once. Thanks for the info.

Yes I agree, I spent 45 minutes searching and then Bruce (Bravenel) tells me it is in the IDE so I was lucky Bruce was looking over my shoulder, otherwise I would still be looking.

Right. I needed this too. And here it is in a topic about how topics don’t stay on topic. 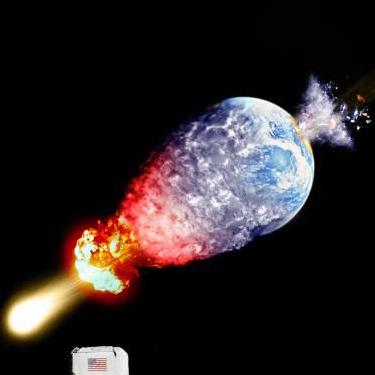 cooperglee has 11 repositories available. Follow their code on GitHub.

I am planning on mounting it on the mains of the panel are we talking about the same device Aeon Labs AEDSB09104ZWUS Aeotec Z-Wave Smart Energy Monitor?

That right there is funny!

No problem, but yes other people are having the same problems you are. See there I go again posting out of subject.

Can you guys create another thread on the AEON. I’m having a hard time following the post about staying on topic and organized.