Suggested Improvement to Reboot "Offline" Hubs that are inaccessible

I’m on the fence about returning to my Vera controller due to my V2’s inability to properly recover from network outages. While I watch to see whether or not Smartthings can address such a major availability problem I’ve re-installed my Vera3 to control the power to my Smartthings V2 hub. I also removed the batteries from the V2. So far so good but sooooo frustrating to have to build such a workaround.

I can reliably make my v2 hub go offline and remain offline by simply rebooting my router. That’s not ideal (as they say) - I wonder if there isn’t any network recovery code in the hub.

Can anyone else test that? I’ve got an Asus router which is connected to a cable modem and it’s providing DHCP addresses on the lan side - when I reboot it, ST reports fairly quickly that the hub is offline, and it stays in that state until I reset the hub. Then hey presto it’s back online. It’s as if the hub just doesn’t even try to reconnect when it loses network connection.

I have restarted my router all the time, without issue.

That being said, my HUB is connected to a switch, and not directly in the router.

I’ve got a v2 hub that must be physically reset every time my AT&T Uverse router (to which it’s connected) has a hiccup…and starting about two weeks ago, it’s been fairly common. And definitely a pain in the rear.

Today I’m moving the ST hub over to a gigabit switch. I don’t know why I chose to connect the hub directly to the router to begin with…maybe that was the recommended setup? I don’t remember.

We’ll see if that helps…

…and this morning, the AT&T Uverse box (3801HGV) had another brief outage, and the ST Hub v2 doesn’t like that. Connecting the Hub to a switch instead of the router didn’t help. Again I have to unplug, remove batteries, wait a bit, and then reassemble.

This Hub will crash upon any internet connection interruption. Is this really typical operation?

Same issue here. I’ve had the Hub v2 for over a month now and this is the 5th time the hub goes offline and never connects until I disconnect power, remove batteries etc.
I don’t remember having this problem with the v1 hub…
Is the solution really to connect the hub to a switch instead of directly to the router??

Wondering if maybe you guys have a defective hub or bad internet connection.

I have had my hub for about a month too and no issues at all with it going offline.

It didn’t work for me. I’ve tried both ways…same issue.

How did you set up the reboot for the hub to occur say every three days? Thanjs

I look forward to testing this as soon as I get the update!

Comcast outage… cleared up. Boom, hub came back online with no intervention from me. Yay!

When Your Internet Goes Out, This Smart Plug Resets Your Router Until It Works...

When your internet goes out, resetting your wi-fi router and cable modem often seems to fix the problem. Instead of getting up from the couch to fiddle with power cords, why not let a tiny outlet adapter power cycle your hardware for you? 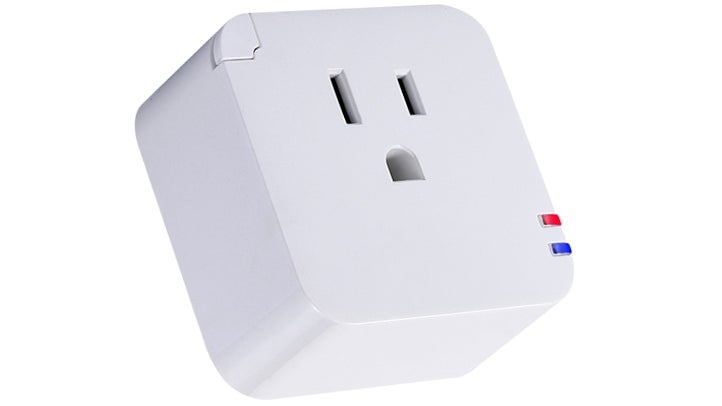 A reboot of my router will cause my ST hub to go offline indefinitely until I physically reset it. But it’s only been occuring the last few weeks or so. My router has always rebooted Tuesday at 3:30 AM, and only with the previous update has this been an issue. I did contact support, but haven’t heard anything back yet.

And it’s still an issue. I had it occur this morning.

You are not the only one.

me too. Hub has been offline now for 24 hours. I have not reset it yet, hoping it would come online by itself. Also, we had a storm last few days and my switches turn on immediately after I turn them off. As in all my switches!

Nothing short off remove the battery and unplug the power from the hub will revive it.