These Sensors have a short battery life. Im thinking of hooking it up to the car. I know 12v is too much. Ill have to bring it down to 3v but im wondering if anyone has tried or done this yet?
Maybe something like this? http://www.amazon.com/Power-Supply-DC-DC-Converters-Module/dp/B00MMZUCEA/ref=sr_1_6?ie=UTF8&qid=1444413661&sr=8-6&keywords=12v+to+3v+converter

Nice idea. I have both of my sensors in my cars. Makes sense.

Grab a cheap USB car charger and hack it? it only puts out 5VDC and I would hope the on board voltage regulator of the fob should handle 5 instead of 3.3.

I have, and you want an adjustable buck converter, such as this: 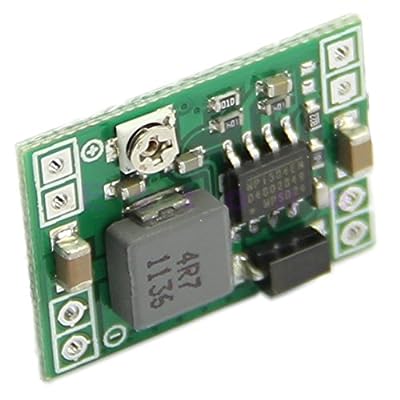 Manufactured By Atomic Market This is a tiny, powerful step-down (Buck) switching voltage converter with a wide operating range. This device is about the size of a US Quarter. The output is set with a ...

If you feed these things more than 3V they will complain about over voltage.
I would not feed 5V into any of the battery powered sensors.

no issues with 5vdc.

Chopping up a car adapter mini-USB charger is cheap if you already have them.

Has anyone supplied wired power to a presence fob? Connected Things

So clearly the battery on the presence chip isn’t great, but I do think it’ll play a valuable role in my setup, especially considering phone tracking is all wonky for me. Has anyone attempted to hard wire a different power source to the guts of the chip? Portability isn’t a concern as I’m considering it more for glove box use. Ideally i could run a 12v line from the car into the glove and lower the signal to whatever input this contraption wants. Or for constant power supply, I could hook it up to a much larger battery and throw it in the glove box. Anyone attempted anything like this?

FYI the power locks are powered at all times.