Nothing seems to be going right for me with upgrading to edge drivers, now I’ve got issues with smartthings plug that tracks energy usage.
Both my plugs have decided to increase the kWh at the rate of 1kWh every minute, power draw is only 60Watts max.
This doesn’t seem to happen all the time, which is really weird.
It’s currently running the ZigBee switch driver, I’ve tried these other edge drivers as well, most don’t work correctly, like the ZigBee Switch MC driver will go offline.
I’ve deleted and re-added the plugs several times as well. 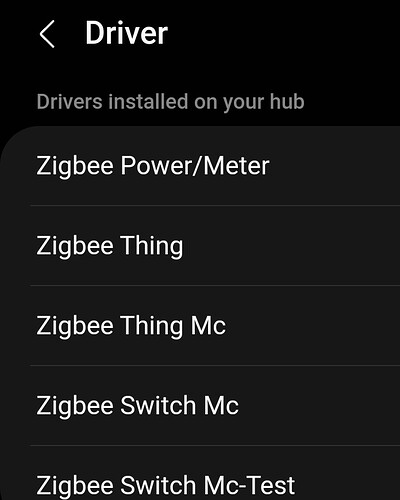 The rate unit was not a part of the Zigbee standard. So every manufacturer interprets it differently.

There is a special coefficient in the ST edge driver for the power meter to keep the measurements down to reality.

You would think been it’s a Samsung smartthings device(model 6a-pl-z-k0) , it would correctly configure it.

The zigbee switch Mc does not measure real power and energy, it has a virtual meter that works by entering the value in W of the load connected to the plug in settings.

It will surely be offline because its fingerprints will not be in the Zigbee switch Mc driver.

I don’t know what fingerprints your device has, but if they are, they will be in the zigbee switch power Mc, which measures power and energy sent by the device.

The stock zigbee switch driver should measure power if your smartthings device measures power, but I think it doesn’t measure power, like the stock DTH

Even tho the driver zigbee switch power Mc is installed on the hub, it’s not a option for this device, the image I posted earlier, are the only other driver options

I would add, the power meter on it’s own is working fine, it’s the power consumption that’s haywire.

I would add, the power meter on it’s own is working fine, it’s the power consumption that’s haywire.

If you change the driver to the zigbee thing Mc and send me the manufacturer and model information, I can add it to the zigbee switch power Mc.
Like this 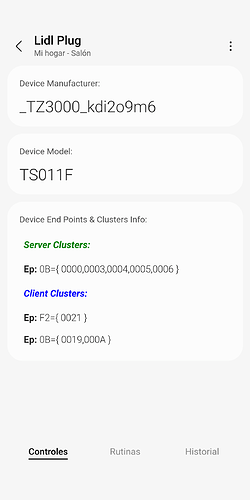 It probably works similar to the zigbee switch since it uses the default handlers.

Surely with zigbee switch is paired as generic with power and energy since the stock driver only shows power for smartthings plugs. 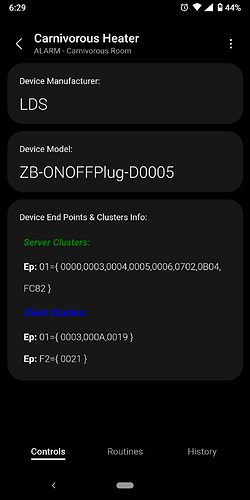 D0000 and D0005 models Added to this driver version
If you don’t want to wait 12 hours for it to update automatically on your Hub, you can delete the zigbee switch power Mc version of your hub and reinstall the new one from the channel

@Ace2
For a good configuration of the plug is better uninstall from app and install by search nerby with the zigbee switch power Mc installed.

I uninstalled the driver from my hub and the re installed again.
I just went into the plug via app and selected this driver from the list just to try it out before deleting/repairing the plug.
Straight away I can see it’s working correctly, kWh’s are corrected to Wh’s in the consumption (haven’t used a kW yet) and I can see it’s increase in 10Wh’s instead of 1Kwh.
So I think you’ve fixed it, thanks so much for that, it’s been doing my head in…