I would like to have this thread dedicated to cheap Smart devices which work with SmartThings. It is kinda hard to find some of these devices and would be helpful for new ST users as some might be spending a lot of money getting started.

There actually is a section of the forum devoted to deals. You might routinely check that out.

PLEASE use this thread to discuss anything and everything related to Device Deals, Sales, Coupons, Best Prices, etc (ONLY use the other ‘Deals’ thread for posting deals). If you have a deal to post, please post it in the Deal Posting thread (thread title below is a link to take you there)… LINK TO DEAL-POSTING THREAD p.s. This is NOT a fight or argument about methodology. All points of view on this are not only relevant, but necessary. This is simply an experiment to see if something like this will help us at all.

I would like to have this thread dedicated to cheap Smart devices which work with SmartThings. It is kinda hard to find some of these devices and would be helpful for new ST users as some might be spending a lot of money getting started.

I think the idea for this thread in the deal section is fine but at the same time, the price of the device should be based on the problem that you are trying to solve. It’s fine to have a budget, but to be honest there are very few devices under $10 that will work with SmartThings and if you limit yourself to that there’s not going to be much you can do. Of course if you’re just using it as a hobby, that’s fine, but you’re going to need to do a lot of maker type stuff to hit that target.

When it comes to practical home automation, I think you’ll find that inexpensive switches and sensors will generally be in the $20-$30 range, inexpensive smart bulbs will be in the $12-$15 range, and inexpensive everything else will cost more than the switches. You certainly won’t find thermostats or smart locks under $10.

If you really want to stick to things under $10 you’re going to have to look for closeouts of models which are being discontinued and replaced with something new, and, as @Philb mentioned, you’ll already find hot deals of that kind listed in the deal section.

So I’m not saying don’t do it, I’m just saying there’s not going to be much listed.

I would also be extremely cautious about buying cheap stuff, typically from China, that is not UL or CE listed. Saving money in the short run won’t help much if you burn down your house.

I myself am on a limited budget and approach things differently. For my phase 1, I set a max limit of $1500 and decided to only buy things that I would be willing to replace in two years. That gave me time to explore home automation and figure out what I wanted to do with it.

Going into phase 2, I set a limit of $300-$500 per room, and I don’t do every room in the house. That means that in some rooms I might do just one of the light switches rather than all of them. I have a voice controlled home theater set up in the room I use the most, but not in the ones that my housemates use.

Doing it that way just kept me from going crazy and buying every cool gadget just because it looked cool. But for me, home automation is about solving specific practical problems (I am quadriparetic, use a wheelchair and have limited hand function), and I know other people will look at it differently. whatever works for you. And if setting a device limit of $10 meets your requirements, go for it. You just may have to wait a long time between purchases.

Agree w/@JDRoberts comments, but I can add one device that is (right now while on sale) <10.

http://www.zwaveproducts.com/shop/black-friday-deals/z-wave-smart-energy-meter How is that possible

There are a series of projects you can do for under $10 based on Wi-Fi. They all use an ESP8266 dev board. These projects are definitely not going to be fire safe for putting inside a wall, so don’t even think of that. Also, personally, I would not splice them into electrical cords for anything drawing significant power, although I know some people do that.

But if you just want to make a button you can push and trigger IFTTT or a web service endpoint , this is a cool project: 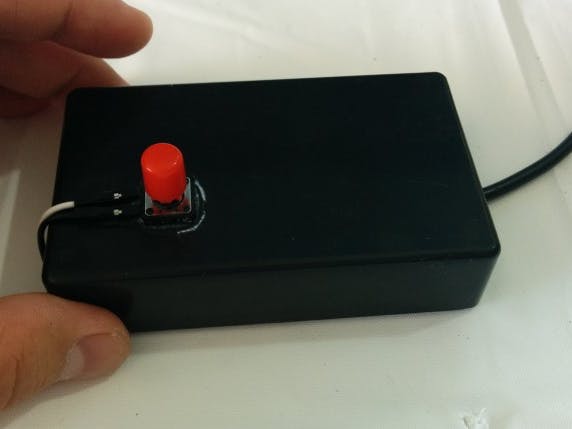 And here’s a $10 open/close sensor project, Wi-Fi again, from the same designer.

thank you @JDRoberts, @Danabw, @PhilB for the comments/links. I would really like to track the prices on some of these in the next 6 months and see if they drop drastically. I got the ST hub and found the prices on smart devices to be very high (for me at least :-)) but I went ahead and got some and love working with CoRE. Users will be more willing to join if we can start them off with some cheap, reliable devices (z-wave, zigbee, wifi, ble - soon, etc.). The ‘Deals’ thread don’t seem to have much since July 16. Hopefully we will have some things to post here in the near future

That’s why the original thread has gone quiet.

There’ve been a ton of deal postings in the last few months. And always check the Lowe’s thread, there are often really good deals there.

About the Deals category Deals

Found a great promotion or deal on SmartThings compatible devices around that you want to share with the rest of the community?! Share them here!

Deals thread has quieted down. Seems after all the fall clearance , BF and Christmas sales retailers are taking a breather.
One thread to watch in the deals category is the Lowe’s thread. There are quite often " regional price discrepancies " ( trying to be politically correct) that members of this forum are great at finding. Not uncommon to find different stores selling devices at 60-70% off the national price. I have well over $1000 in " extra" switches, sensors, lights sitting on a shelf that I have picked up when on sale just waiting for a place to use them. While not under $10, getting a $40 switch for $12 is nothing to pass up.
Amazon and specifically the Amazon Alexa deals have had a lot of HA specials lately. Z-wave outlets for $15 is one I remember. grabbing recently. Of course you need to have Amazon Prime and an Alexa device to get those.

I’ve noticed this as well. Most of the deals having been Alexa deals and “hidden” from the typical lightning/daily deals and the Prime exclusive deals.

Not even being the featured deals she tells you about when you ask. You have to go to the website to see them.

@RLDreams - sure will check out Lowes. TY

Pretty sure these work with ST. Xiaomi Temp/Humidity sensor $.6.99 shipped

Maybe not compatible, based on this thread and @JDRoberts post in it on Xiaomi sensors:

Correct. The original Xioami line uses their own proprietary encoding and will only work with their own controllers. Cannot be used with SmartThings. Same issue as the original iris line or the original NYCE line. Whenever you see Zigbee devices, remember that SmartThings uses the Zigbee home automation profile (ZHA 1.2. ) It will also work with the special light bulb profile, Zigbee Light Link (ZLL). But that’s it. SmartThings won’t work with other profiles like “zigbee pro”, “zigbee green energy”, “zigbee medical”, or any company proprietary versions. So check for the certification description before purchasing anything.

not sure if works with ST. Charging $6-7 for shipping

not sure if works with ST. Charging $6-7 for shipping

A NIB 5 year old ZigBee, from unknown manufacturer. It may work, but being ZB, better than average chance it will have some proprietary protocol and not work or take some DTH fondling to figure it out.

Anyone who fondles my device type had better be ready for a long-term relationship commitment. I am not easy.

Maybe not compatible, based on this thread and @JDRoberts post in it on Xiaomi sensors:

There have been multiple changes in the last few months in how SmartThings handles zigbee, one update broke the Xiaomi integration for a while, but then a later one appears to have fixed it for many people. Which is excellent.

But unfortunately there still people who find these devices will only work when they are within one hop of the hub. So working for some people, not for others.

There is a newer thread then that one which has the device type handlers and current discussion of these devices. So check there for the latest news and code.

Update 02-11-2017: Here is an alternate thread discussing Xiaomi Zigbee devices. It has handlers and information that is more up to date than what I have posted: I have created a simple device type for the Xiaomi Smart Button that can be found various places for around $10. Other users have stated that this device loses connectivity to the hub after a while, but I have only had the device in hand for a couple hours so I’ll report back what I find. The device should work with SmartApps that work with button devices like the Aeon minimote. It registers as button 1 pressed, and button 1 held if you hold it down for 4 seconds (configurable in preferences, but a lower number may affect reliability of the device properly distinguishing the two). Edit: Seems like what @Kriskit reported is tr…

I don’t personally feel comfortable recommending these devices yet, particularly for new people, as they can definitely lead to frustration. But if somebody wants to experiment with them and you can buy them from a place with a good returns policy, they may be worth a try.

Pretty sure these work with ST. Xiaomi Temp/Humidity sensor $.6.99 shipped

Please give them a try, and once you know for sure, report back.
If they do indeed - for sure - work with ST, I’ll buy some too.