Hello guys! haven’t found it yet on the web (beside doing something way more complex with home assistant) and I wonder if you know how to do it. I want to simulate an Alexa aweken word… Why’s that? Let’s say for example:

There is a trigger that anouces me that the door has been open for 5 minutes and ask me if I want to lock it. (for that, I would use one simulated alexa swich and leve it open for lets say 30 secons before closing it).
If I anwser YES while the previous mentioned is still open (another simulated alexa switch opens and if both are open (the one that “asked me” and the “yes”) then she would lock the dor.
Ive done it with a several routines. Multiple questions like have you taken the garbadge outside today, have you taken your B12 supplement and so on and when I respond yes she will only ask me again after a period of time (ex 7 days).
But everytime I have to say “ALEXA, YES”.
A simple “Yes” would be much better.

But for that I have to make an automation that at the end of the automation, as the last action, makes a specific Echo Device to start listening to me just as if I’ve just said the awaken word (ex: “Alexa”, “Amazon” or “Echo”).

Do you know if it is possible and if so, how?

I think this would make these kind of automations much more simpler than using ex home assistant as Smartthings is much more user friendly.

You would still have to do something to get the information to Alexa, like press a physical button, so I don’t think there’s a solution quite the way you are imagining it.

That said, Amazon offers a feature for something similar called “Alexa follow up mode.” It allows you to give multiple commands to one echo device without having to say the wake word in between them. 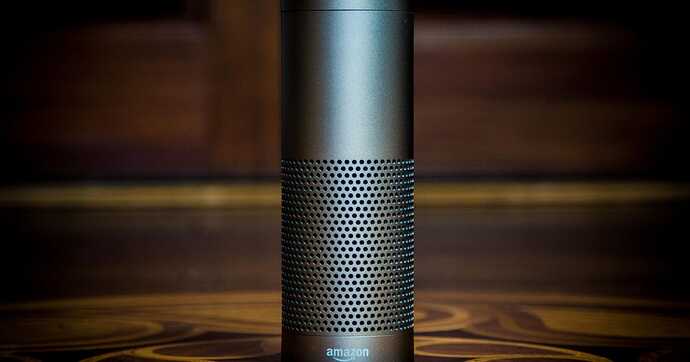 How to string multiple Alexa commands together

Alexa is now capable of handling rapid-fire commands. Here's how it works.

It isn’t. What I want would work with a button that when pressed would mean “Yes” and depending on what others virtual switches are ON at the same time would trigger some specific actions. But I don’t want to carry a physical button everywhere. A simple confirmation by a voice command would be enough and much more particle. The follow up mode is very limited. If we could virtually trigger the Echo devices for them to listen as if we just ve said the awaken word would bring automations to another level. I know it is possible to do it on home assistant but it is very complex there. Is what I want something very difficult to do with Smartthings?
Trigger alexa to listen to us as an action, without voice command.