OK, here it is right here, and yet I’m not able to select any CO detectors…
Is the presumption that CO will always be embedded within a smoke detector or something?
Or is this just another android feature… 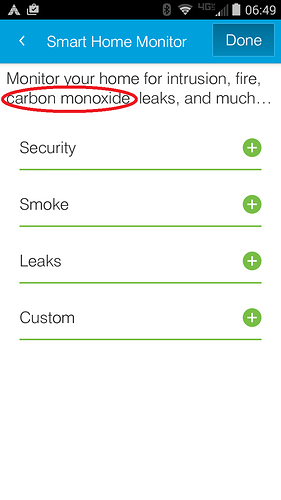 I think it was mentioned somewhere to that effect. Just hit the test button on zcombo. It should test for both. Trying now… 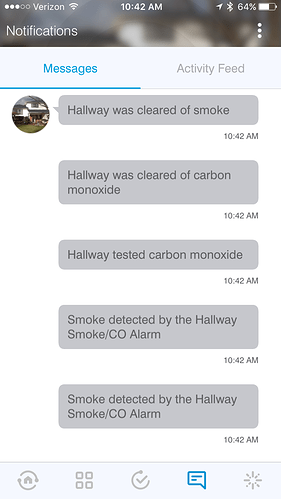 But smart home monitor did not mention anything about Carbon monoxide. The sirens did not go off either. May be it was because of test mode? Who knows. 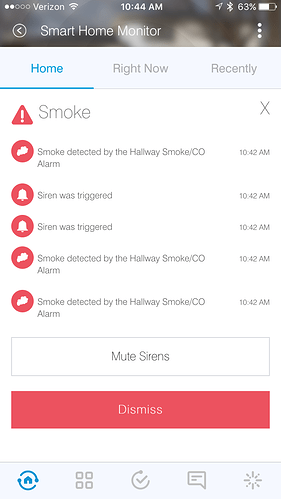 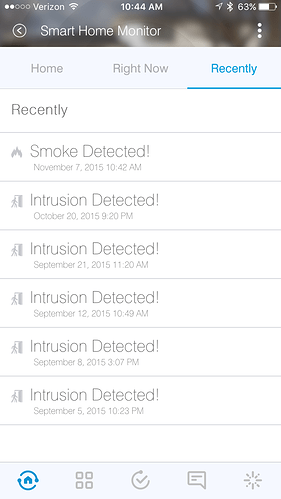 Glad you pointed this out. Also do the siren work at all there for smoke alerts… At least doesn’t in test mode.

don’t know as I don’t have a siren, but what would be the point of a test, if it didn’t actually test out the siren component? There is a tested state for smoke, but that doesn’t appear in your logs, and for my devices anyway, there isn’t a way to send a test event separate from a real one, which isn’t an issue for me.
So, why didn’t your siren go off?

Both the sirens work fine of its own. They are only tied with smoke and co and nothing else. It should have tripped. 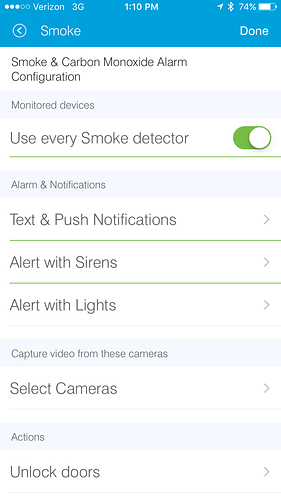 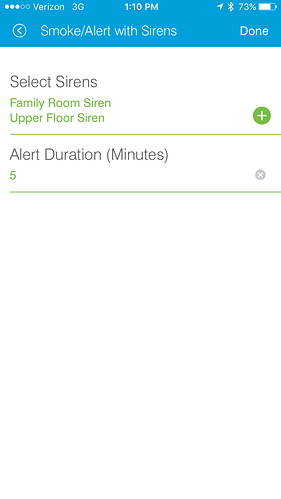