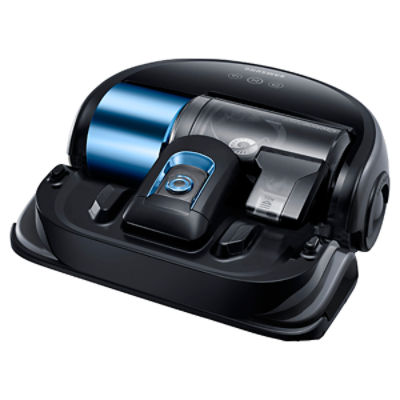 Discover the latest features and innovations available in the POWERbot Wi-Fi Robot Vacuum. Find the perfect Vacuums for you!

Is this integrated with ST?

I do not own this vacuum, but from what I have been told (from Samsung vacuum bot product support) it is officially supported by SmartThings. The model number slightly changed from SR2AJ9040U (on the official compatible list) to VR2AJ9040WG.

Just a FYI to all.

If you don’t have the wifi version or you would rather purchase the none wifi version. No worries as long as you have a harmony hub and smartthings you still can run schedules and activities away from home.

where can I find info on this? I have the non wifi version, but I have a Harmony hub.

I don’t know if there is a post or any info on how to do it. I figured it out on my own.

In the harmony app I added a device.
Brand-Samsung
Model vr9000

Then I setup an activity.

Does it have to be line of site for IR or is it RF?

so what activities did you setup?

Start sequence goes like this,
Power on,
Delay20s,
Auto

The reason fo the 60s delay between home and off is so that it will have time to get home before it turns off.

Without the delay it would just shut off where ever it gets the off command.

Under the device both Ir and hub are checked don’t know which one its using.
Where ever the robot is in my 2800 square foot home it has no problem with any commands.

I’ve got to say, I think I’m done with Samsung vacuums. I bought a Powerbot 900 (non-WiFi) this time last year. It stopped turning in April and I sent it back in for service. It started doing the same thing again over Thanksgiving. I contacted them first thing on Monday morning after the holiday and, the same as last time I needed service, I spent a couple of hours on the phone setting up a service event. I ordered it from Amazon on 11/27/15. It shipped on 11/28/15. I received it on 12/1/15. I opened the new service on 11/28/16 and was told it was out of warranty because the warranty expires one year from the date of purchase, regardless when you receive it. I complained…a lot…profusely…and it was sent for review. They finally “granted me” a “one time warranty allowance” which I found a bit condescending. It’s on its way back for the second time now. I figure it’ll work for another six months based on my current track record which is kind of pathetic for an appliance this expensive.