Routine turns on lights its not supposed to :scratch head:

When running some, not all, of my routines ST is turning on / off lights that are not part of the routines. This is for a variety of routines, one presence based, one time based and one I manually use often.

I logged into my graph.api.smartthings and confirmed the lights are being triggered on / off with the routines, but as I said earlier they are not part of the routine

This issue has been plaguing me since mid-Nov. New app version did just roll out. I had also added a new device to my network, and to some but not all of the routines impacted. I have since removed that from my routines and network with no luck. This probably is not causing the issue, but it is the only change I had made within past two month so figured I would rule it out.

I have run a Z-Wave repair with no effect.

Looking to see if anyone can give guidance on how to fix? Thanks in advance for any guidance!

Try contacting support. Also if you can, try deleting one of the routines and rebuilding it; it might solve the problem.

Here is an example of a routine ‘I’m Back’ with issues. Normally triggered with iphone presence but I just triggered manually with same result/issues. Routine is as basic as they get, simply turns off SHM and also turns on one light switch. But for last month it has turned on additional lights that are not part of the routine 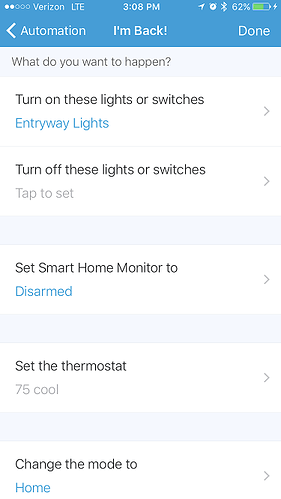 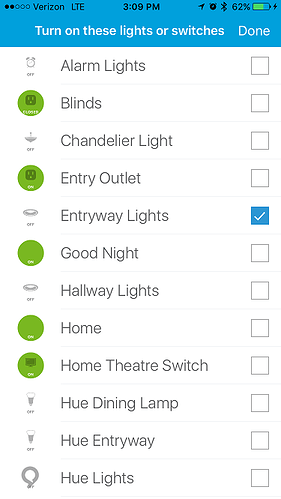 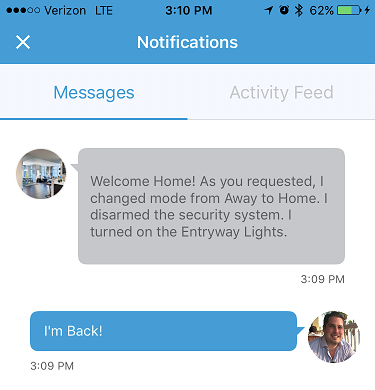 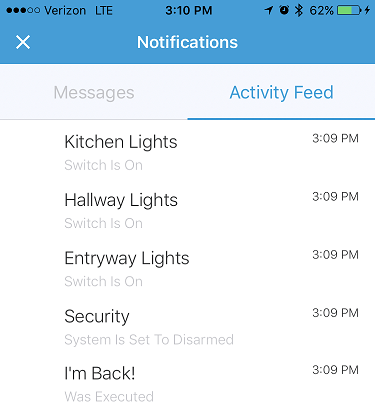 Thanks! Have went to support, waiting for reply back.
I have dealt with the issue but today finally frustrated enough to finally get it fixed

I can think of four possibilities.

There’s nothing you can do about 4) except hope that support can find it.

So let’s start with one.

First, let’s see what automations are associated with the hallway lights.

A) open the SmartThings mobile app

B) tap on the rooms icon (four tiny squares) at the bottom of the screen to open the room section.

D) scroll through the list of things until you find hallway lights. Now click on its name (not the icon to the left or right of it, just the name itself). this will open the detail screen for the hallway lights.

E) now click on “smartapps” at the top right of the details page. This will open a list of automations that have been associated with the hallway lights.

F) now just go through each of those smart apps and see if it’s some point you made a connection between the hallway lights and the light that is named in the routine.

Also, if IFTTT is listed, you’re going to have to go into your IFTTT account and review each of your recipes/applets.

As far as 2) goes, what is the brand and model of the hallway lights?

now click on “smartapps” at the top right of the details page. This will open a list of automations that have been associated with the hallway lights.

Thanks @JDRoberts - Under SmartApps for my Hallway light I found the problem. Something called ‘Movie Mode Automation’ (don’t even remember where I create this, may Harmony or IFTTT), I deleted it and voila all of my routines are now up and running properly! Thank you. Enjoy your weekend.