What, if any, options exist for doing RGB color and dimming control from a single gang wall plate? I’ve seen a variety of Euro wallplate gizmos with an RGB Circle. I could use something like that but I figured it’d be worth asking if there’s anything geared for working with us spec wall plates

I know there’s plenty of ways to approach the problem using buttons and the like but I’m curious if there is anything designed specifically for RGB adjustments. And yes I understand you can use apps on a variety of other things like remotes, tablets and phones to do this kind of thing. But I’ve learned over the years that apps and remotes are never quite where you want them to be when you want to make lighting changes. So something hard mounted in the wall is generally a little more predictable.

I’m also not asking for a specific protocol solution. I’m assuming there’s going to be some degree of translation involved between wall controls and whatever lighting might be involved. I’m just starting at the wall control physical position first and asking what’s out there already.

I’m pretty sure no one has tackled this yet. It is on my list to do tasks. 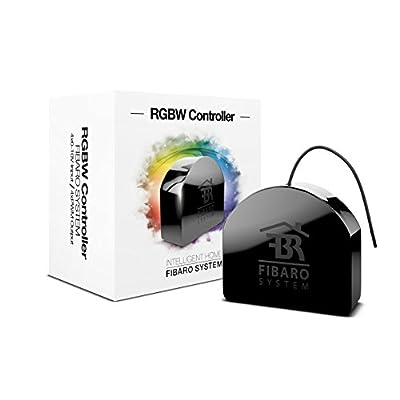 
And I think you can get this to work by stepping down from 12 volts to 10: 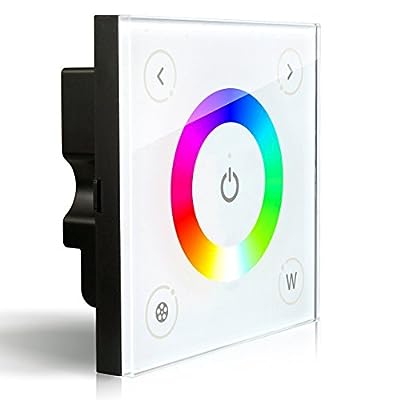 I don’t know if this would require a different device type or not.

Yep, I’ve seen both and have the RGBW controller on order (along with a Dresden zigbee unit). That control is in whatever they call the european form-factor. I could certain whack a hole into the drywall and mount one, but I’d prefer to find something designed for US-spec wall plates, if at all possible. If not a single gang, the a double. Decor matters.

And I think you can get this to work by stepping down from 12 volts to 10:

Not quite. LEDNET RGBW controller outputs are PWM, while Fibaro inputs are analog. You can’t put a square peg in a round hole easily.

Arduino's and other microcontrollers provide analog to digital (ADC) conversion to convert an input voltage to a digital value. You might think that they also...

In theory, yes. However, you’d have to tune the RC filter to match the PWM frequency and the load impedance.

Does it have to be a color wheel that can set any color and level or can you get by with 6 or 7 color options? I have been working on a wall button with a color LED built in that walks through a set of colors as you hold it down. When your color appears you take your finger off the button and that is the color that is sent to your lights. To change the brightness you double tap it and it will walk through different brightness levels when see the level you want tap again and it sends that level to your lights. A normal push turns the lights on or off.

It is a long way from being a finished product and the button I use today is a big round arcade button. But since you guys are talking about making your own I thought I would throw it out there.

This is my suggestion as well. Endless color variety is over rated. Stick with a few select choices and use either the enerwave 7 button or the linear accessory dimmer to ‘dim’ between the presets (i.e. 1%-10% is red, 11-20% blue etc)

Overrated, to you. That’s fine. Some prefer having tactile control.