Repeat an automation every 14 days?

I have a scenario where I only need an automation to repeat every 14 days.
I work compressed work weeks and have every other Friday off. On my day off, I don’t want my office lighting routines to run.

I’ve looked at the various drivers available, but haven’t found anything to easily have a task repeat every 14 days.

Right now I’m using Hubitat’s Rule machine to set a virtual switch in Hubitat every 14 days, which is shared to Alexa.

I have another virtual switch defined in SmartThings that is also shared with Alexa.

The switch on the SmartThings side is used as a Holiday flag; when it’s active, my office lights do not execute their weekday routines.

Once Corey’s Hubitat integration is available, I’m going to try using that to streamline things, but for now I’ve got 3 systems on the go to handle this scenario.

Is there something on the SmartThings side that could handle this easily?

Two options come to mind - I used IFTTT to replace the GCal integration smartapp. You could do that and drive it through a Google calendar (or probably others), then you have the option of including other holidays and vacations or making adjustments if your two-week cycle were to shift for some reason. Still three systems (but a different three systems!).

The other option is to use SharpTools. Here’s a rule that runs every other week. That only requires two systems. 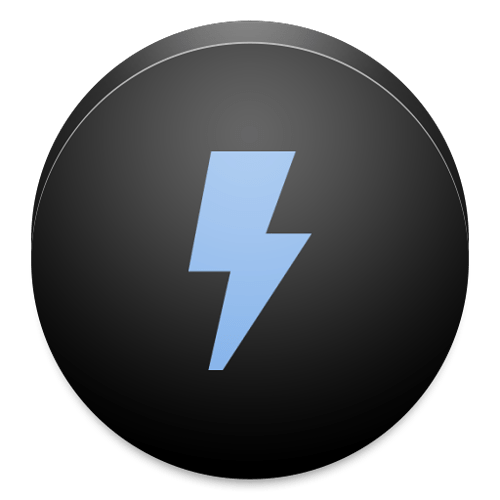 How to create rule that runs every two weeks?

A timer trigger for every Sunday (similar to that shown in James’ screenshot) is the primary thing for setting the variable / flag. So every week it will trigger and will toggle the variable. Which means every two weeks the variable will change to...

Would it not be easier to have something trigger the routine when you DO want it to happen?

What is the routine you are trying? For example:
IF I open the door to the office
THEN start the lights
ONLY once a day

It’s a set of time based routines.

Since routines don’t support multiple conditions and associated actions in a single routine, I have to split it into three separate routines.

Monday to Friday one week and Monday to Thursday the following week (holiday switch = off):

At 5:00 turn off the office light (this condition is set on the device itself).

I would just make 3 routines then with a door sensor added and to start them IF the door was openend.

Door sensor is a good idea, except the office door is always open.

I had a test set up for today, but unfortunately the virtual switch on the SmartThings side got reset somehow and it was off when the routine started this morning.
I’ve manually turned it on, so I’ll know shortly whether the routine is actually working.

The parallel setup I created on Hubitat with a different light worked great and is much cleaner (one routine vs three).

@BlackRose67
“I’ve looked at the various drivers available, but haven’t found anything to easily have a task repeat every 14 days.
Is there something on the SmartThings side that could handle this easily?”

Yes, that would work, but I would need to create a second set of automations for Monday thru Thursday, when I do want the light on.

Use this switch as precondition.

It is a precondition.

That’s one of the three routines that runs every weekday, except when the Holiday switch is on.

With the state of the switch only changing once a week, the light would only come on half the time with the routine written the way it is.

OK I see the problem. I would add another virtual switch that would turn on, when Holiday ST is on, and auto turn it off 23 hours later, and use that switch in your routine instead of one that that switches every other week. You will end up having 2 virtual switches, but using only one in routine. Not the perfect solution but it works. You will end up with one virtual switch being On only on every second Friday. Add that one as precondition when is off (13 days) to fire up your lights.
I have couple of virtual switches that I use to store variables like this. For example ecobee mode (heating or cooling) as current integration doesn’t have a way to continue with current mode.

What I ended up doing for this was to use IFTTT to connect the two systems together.

I have a Rule Machine rule set up in Hubitat that runs every 2 weeks; it turns on a virtual switch in Hubitat at midnight and turns it off at 11:59 PM.

The SmartThings virtual switch is used as a condition in my weekday “Smart lighting” office lighting routines.

Takes 3 to 4 seconds to activate in either direction.

(New Release)Edge Driver Virtual Appliances Mc (virtual Switch Mirror, virtual Switch Board, Text and Number Fields): Link to Version with Text Field and Number Field Link to versión with Virtual Calendar While we wait for the stock mirror routine to arrive. This driver creates virtual devices to be able to automate state synchronization between a real device and this virtual mirror device, writing 2 routines instead of 4 routines without entering an infinite loop. Install the driver on your Hub from the channel In the App add a new device and Search nearby. The “MAIN Virtual Mirror” device will appear on devices without an assigned room. It will indicate “Total Devices: 0”. This device allows you to create virtual devices and have control of those that have been created so far. Wh…

I do have his Virtual Appliance Mc driver installed.

This week is my Holiday week, so I’ve set up a test run for this afternoon to see how this works out.
Would be nice to have it all local versus C2C.

I’ll let you know how it turns out.

I’m not really the clever one, that’s @Mariano_Colmenarejo since he (like others here creating these wonderful Edge virtual drivers) have contributed the time and effort to make things like this possible.

The text or number virtual devices are essentially variable containers.

I’ve used the virtual text device like others on this forum have to replace the STHM. So now most of my security and intrusion response routines run local now instead of cloud which the STHM does, and my routines maintain the text message notifications which kept disappearing in the STHM response section.

There is a new version of Virtual Appliances Mc

(New Release) Edge Driver Virtual Appliances Mc: improvements Seeing that some users @BlackRose67 or @DaWeav need timers to perform routines every X number of days, I have added a new virtual device called “Timer Number of Days” It has a “Local Hour Offset” capability to introduce the offset of our local time with the GMT time handled by the LUA driver. It is very important to enter this value. It has the Switch capability that goes to “On” when fulfilled This device has a “Timer For Number Of Days” capability where you enter the number of days needed for the timer (from 0 to 500 days) Value 0: stop the timer Any value > 0 and <= 500: starts the timer and calculates the day that the switch will be activated at 00:00. The “Timer Next Change” capability will show the next activ…