Recommendations on what to do for a hub for a new home setup now that Samsung has discontinued them?

I’ve been using smart things for about 6 years.

I’m about to set up a new house and went to buy a new hub and see that they’re discontinued. From a bit of research last night I see that Aeotec we’ll be taking them over but that they’re only available in Europe at this point. I see North America is coming but I need to set this up in February.

I see that there’s a Wi-Fi option from Samsung that also has a smart hub. (I want to use Nest Wifi but if I could turn off the wifi option of the Samsung one and just use the hub that might work?)

I also see that I can get a V3 smart thing hub off eBay for about the same cost that they were new. Seems like these are used so not sure how easy it is to factory reset those.

Obviously I guess switching to wink or hubitat could be an option too but I’m used to smart things and really need the ease of connection as my time these days is so limited to try and figure things out.

What’s the learned recommendation of this community as to how to set up a new home when I can’t buy a hub direct anymore?

Thanks very much in advance for any help!

I guess switching to wink

ya i just ordered a hubitat to start playing around with as I want a more stable “user configurable” system moving forward. i have the impression that the webcore and rule machine replacesments is what their new automations are supposed to be, so if you are planning on sticking with ST start playing with them to get used to it.

I bought my 2 hubs from ebay and I’ve seen them go there for well below their retail price. As you said, the wifi hub is an option but you cannot turn off the wifi from what I understand but that doesn’t keep you from using a regular wifi router for your internet, Stay away from wink!!! I fully recommend a used V3 or V2 hub if you want to stay with ST

Thanks! I used wink when it first came out but haven’t touched it since. I setup smartthings when I moved into this house and it’s been extremely reliable. Granted I don’t go deep into it, I have done a couple DHs and some cool routines

So you had good luck with a used one? easy to just reset? that’s what I’ll do then. I don’t really care about spending a little more for the wifi one if I could turn it off but if not seems like I wouldn’t like that.
Any reason not to get the V3 over the V2?

The v2 actually is the better device of the 2. It has more memory and faster processor. The only plus of the V3 is that it can connect to the network via wifi or ethernet…V2 is ethernet only should that matter to you. Should you go with V2 hub be sure to ask the seller if the welcome code is included but if not, this can be worked around by contacting support and supplying them the serial number, then they can give you the welcome code.

The V3 has historically gotten new features before the V2, and I think that could be expected to continue particularly since Aeotec is taking over the V3 but not the V2.

That said, if you want the V2immediately, you can buy one new from Amazon in the monitoring kit, they still have some in stock. 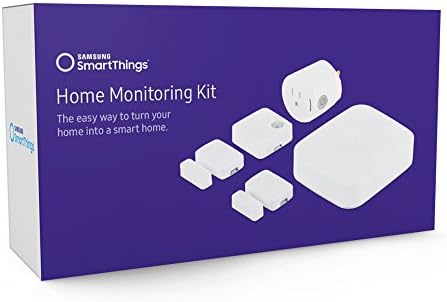 Thanks you. Does the V3 not need a welcome code then?

No it doesn’t. It has a qr code on the bottom which you scan during setup

I’d highly recommend Hubitat. I’ve finally moved all my devices to it as SmartThings has gone so far downhill with the new app it’s become untenable for my usage.

It’s local automation so no requirement for cloud (it has to be on the internet but doesn’t process anything there).
The rule machine is far superior without the need for additional apps such as webcore etc.

I’m chuffed with it although it took tome and planning to switch across!

Thanks for the reply.
While relatively good with technology, ultimately getting things to work my time these days is just crazy tight. I’ve heard that it’s more complex to get things working, is that true?

SmartThings is a leading gateway, software, and device solution built atop of technology from Samsung.

Pete - Looking back at your switch-over, any tips or gotchas to someone else about to move from ST to Hubitat? Any troublesome devices or webcore issues? Is there a Hubitat forum/post that helped you prepare and/or execute successfully?

I’m sick of ST taking over my Samsung phone and car audio and everything else they can think of anytime a new version of the app comes out, plus most implementations I’m interested in have gotten to be too much of a PITA if you want to customize beyond basic vanilla. ST’s still not like X10 bad, but more difficult than it should be for a product that’s been around this long.

I guess that’s really the root issue to me - it’s just not as mature as it should be for a product on the market this long with such a strong community. To me it feels now like when Samsung took over they basically abandoned all meaningful development to the community.

any tips or gotchas to someone else

If you ask that question over on the Hubitat community, you should get lots of help there.

Mine went pretty smoothly except for some issues with some of my Fibaro 223s not picking up both switches. Some were fine, others not, so I just swapped the problem ones out with 224s.

I started with the least used room, got that up and running with rules etc and dashboards then over the course of a week moved everything else across, adding to dashboards and creating rules as I went, testing at the same time. I did find part way through that my network became unstable but as soon as everything was transferred it’s settled and I have had no issues.

I haven’t used webcore or the likes. I did have some complex operations on ST using webcore but they have transposed into the rule engine in a much simpler fashion.

The only thing I’ve left ST for is the Yale lock (currently) and running some virtual switches to trigger Hubitat as I like the ST widget on my phone to allow quick access to unlocking the door and inserting/setting my Texecom alarm rather than having to go into the Hubitat dashboards. Other than that, ST is dead to me!!

Once I completed the transfer and implementation I did run a network rebuild and rebooted the hub to get ride of any crap and like I say. It’s been spot on. No issues and significantly faster than ST.

Took me a few attempts to get used to the rule engineer as it doesn’t flow as I thought it would. But once you’ve worked it out it is an incredible app and very powerful.