Not directly a ‘smart’ device but do plan to control them with a GE switch. But having a hard time finding ‘quality’ led flood lights for outdoor use. I could go the route of full replacement of the fixture if one is super highly rated/liked. But I do have typical screw in pair of floods (believe thats PAR38?) bulbs, one pair on each corner of the house. So your typical corner lights on a house…what are you using for a LED bulb that is out in the weather? Or if you recommend a full replacement fixture that is quality what one did you use and for how long have you had it?

But then most likely going to just use a GE zwave switch. The lights are on 2 switches, front 2 and back 2 on their own switches. So not concerned with smart bulbs or smart fixture, will just do control at the switch.

These 8 bulbs are my only incandescent bulbs really…well the oven, microwave, and fridge but I have no clue about the viability of an LED in a microwave or oven lol. I’d really like to get these corner lights replaced so I might use the more. As it is, I rarely turn those lights on just using my lights on each side of the garage door and my walkway lights. But you know…added security would be nice.

If added security would be nice… then you need the Sengled Snap LED floodlight with a built in camera.

No idea how well it works, but… it’s an option. 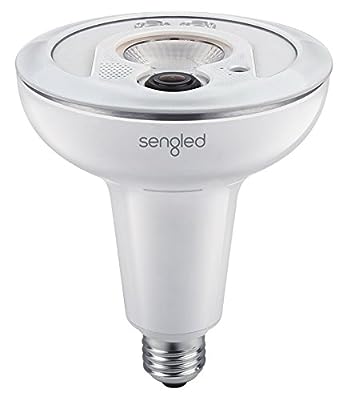 With Snap, any light socket or fixture can instantly be turned into an HD security camera - making it easy to protect your home or business around the clock. Its weatherproof case makes it ideal for b ...

Realistically, I know a lot of people on here are using smart bulbs outside (as long as they are protected from the weather, it shouldn’t be an issue).
As long as it isn’t exposed, you should be fine to use any bulb outside.

Sengled also happens to make one with a built-in motion sensor that is an LED floodlight. Might be worth a look at the $20 price. 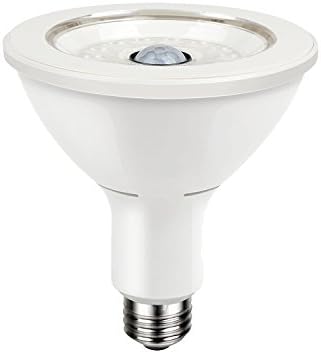 The world's first LED floodlight with a built-in motion detector, Smartsense can transform any fixture into an outdoor security light. Set-up is as simple as screwing in a lightbulb - no wires or addi ...

Like I said, typical corner lights, so exposed bulbs. I have standard cree bulbs in my other a19 style lights and have no issue. But exposed flood lights is difference.

Dont want ‘built in motion’ or whatever… want a bulb or a full fixture. Like I said, controlling it via smart switch. Live in a nice area so its the ‘turn on the lights to show off the house all night’ type of place. I also have cameras already. Already have motion sensors. Sigh, at this point I am at about 100+ smart devices in my house, or also outside my house.

But the usual, typical cheap fixture, well cheap as they could get them when building a subdivision. 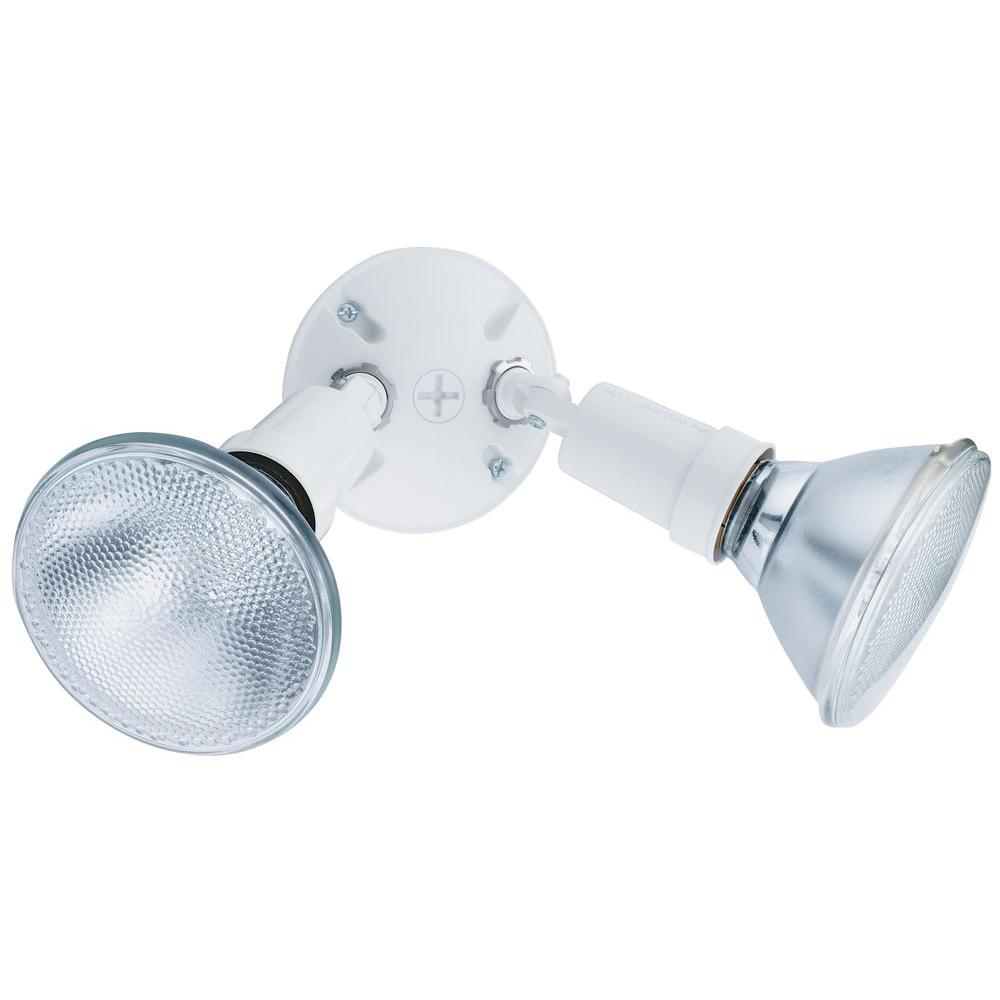 Lithonia Lighting - 2-Lamp Outdoor White Floodlight - When the sun goes down, you don't have to be in the dark. Outdoor floodlights provide safety and security to your property and allow for working outside at night. - THD SKU# 596807

EDIT: Found a better option here.
This bulb is listed as being Weatherproof for outside use and even shows a picture of being in that exact standard fixture. 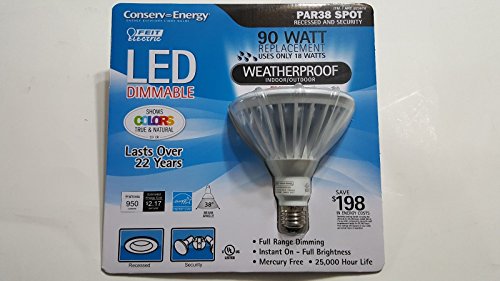 Package is slightly damaged, item is new and in perfect condition.

They are ugly as can be though.

Personal friend recomended some old GE’s but they are outdated now. Then these… Not sure of quality 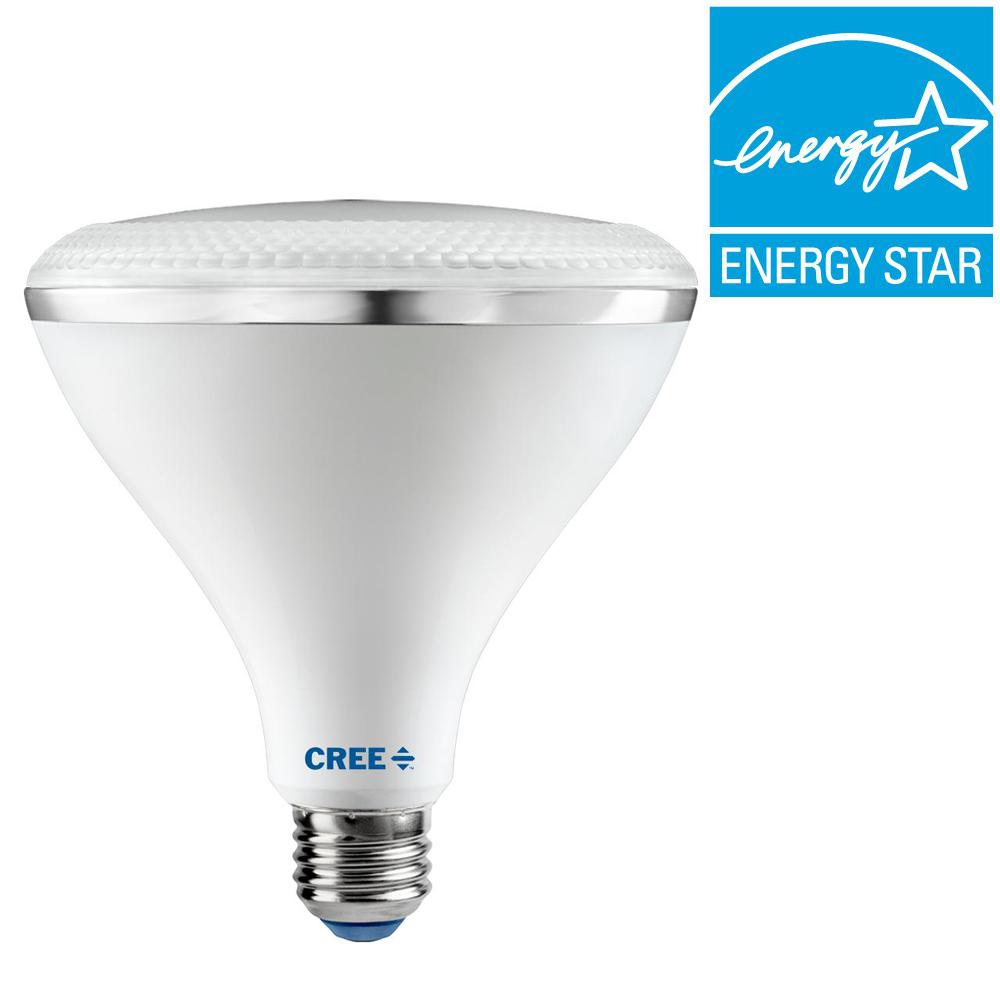 Add bright beam of light for a focused distribution in your home with this Cree Equivalent Bright White Dimmable LED Spot Light Bulb.

Do love my normal Cree bulbs tho.

I use connected Cree bulbs in sheltered locations outside and like you, I’m very happy with them so far. Why not try a couple of the Cree PAR38 in one fixture before committing to replacing all the bulbs.

Want STANDARD flood lights rated for outdoor use in an exposed situation. Look at the fixture…bulb screwed into a socket then aimed down each corner of the house. Not sconces, not gas lamp style, but floods with bare bulbs exposed.

This fixture… On dang near every house in America with flood lights on the corner of their homes. 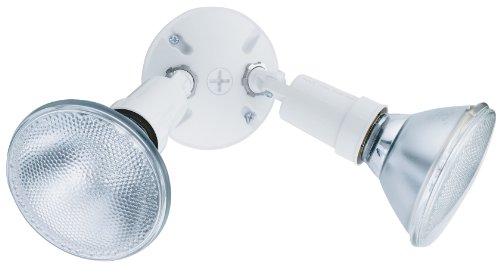 Provides focused illumination for outdoor use in residential and light commercial applications. Ideal for walkways, patios and driveways to create an inviting exterior space as well as providing safet ...

Sorry i hijacked this thead i just toght that was cool. 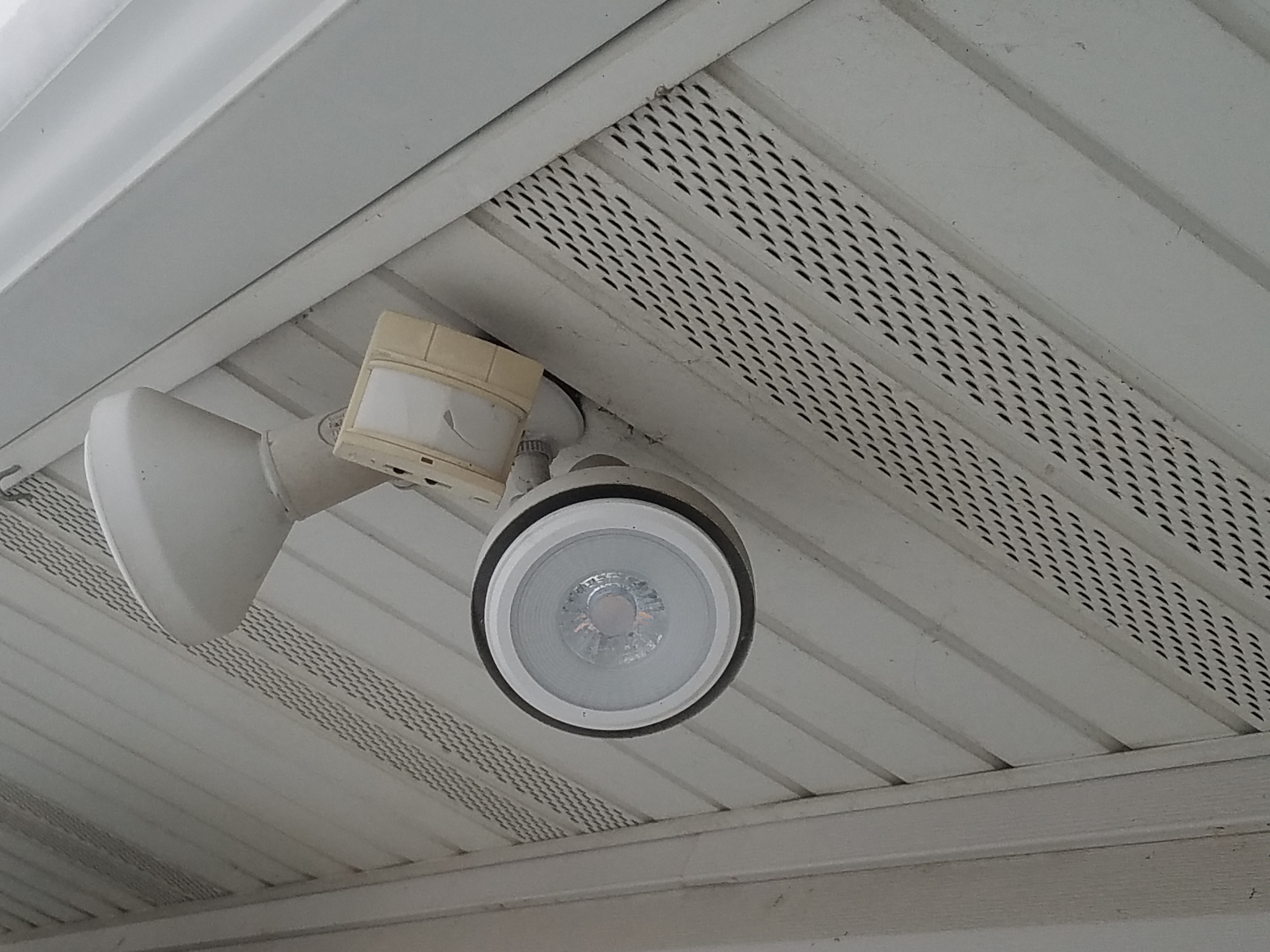 I picked them up at home depot
90w and rated for out doors.

If you don’t mind changing the fixture - these , or similar are great .

I installed one 3 years ago as part of a remodeling program - uses a GE zwave (that replaced a X10) and has been great.

I have it on/off 405 time a night as well. Also have routine that switches tv input to a camera and turns light on as well when I check the rear yard from the couch. Uses Alexa. and Harmony.

Been wanting to add a couple more of the same - but been too lazy.

Not bad looking units Paul. And 3 years and you still would buy them thats a good sign. My only complaint and this is my OCD kicking in… 5000k light. I’d have to change every outside bulb ;). I’m that sort of person, I dont want 5000k bulbs in one thing and 2700k in another lol. I already kinda make fun of neighbors that do that… I mean its not out of the question, only 6 regular a19 bulbs to be replaced as well.

The next hold up is how the hell can i get up there to replace the fixture or bulb. My fat butt isnt climbing a 20+ ft ladder, no way. So asking every friend I have. Or if I go just bulbs, seeing if I can find someone to clean the gutters, install gutter guards, and change those bulbs all at once.

I have four GE Link PAR38 bulbs covering my backyard and I’m very happy with them. Occasionally one drops or stops responding but, not very often. I have a long backyard with a hill and these provide plenty of light (3600 lumens total). 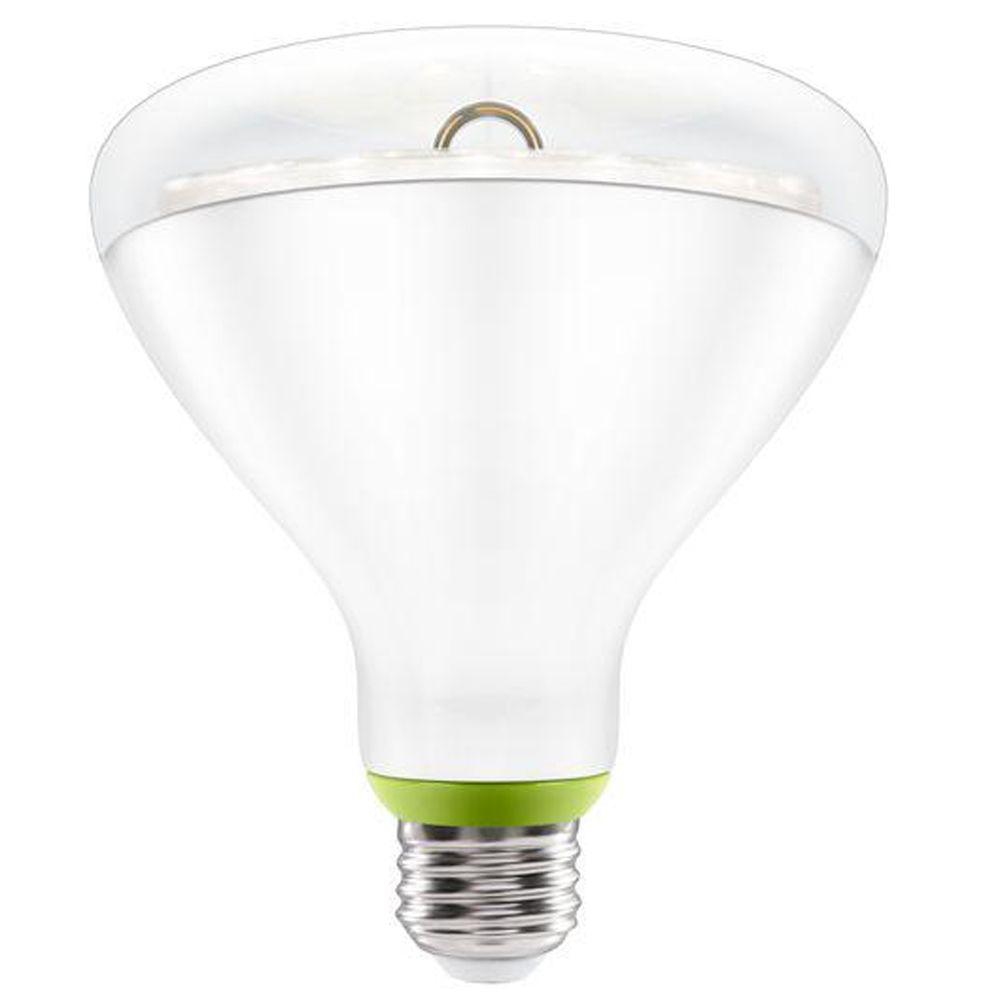 I mounted them in these light fixtures, replacing the much less efficient halogens that were previously installed.

I had to go check what bulbs I have. TCP led spot lights ( just dumb bulbs not TCP connect ) on GE ZW switch. 2 of them lights up 1/4 acre with the exception of right along the fence

Any one has the Sengled PAR38 with motion detector? Does it has native sensor integration with Smarthings or it’s recognized just like a regular zigbee bulb?