This is the sole reason I chose Smartthings. If it’s truly going to die next month, I’m going to have to look for another hub. I really hope there’s a solution to this.

Just wanted to post up that of all of the smartapps I have this one is the most I will miss when the IDE dies. I really REALLY hope someone picks this one up and refreshes it for the new app capabilities!

Just to be clear, the IDE (and Groovy infrastructure) aren’t going until until “sometime next year”. That potentially requires the whole app to be rewritten.

Meanwhile, the Classic app is going away in just 3 weeks. How does this work in the new app now?

How does this work in the new app now?

Then you don’t need to wait for someone to update it for new app custom capabilities.

I’ve been wondering about this app as well since the original creator is no longer using SmartThings and thus will not be rebuilding it from Groovy.

It is one of the best integrations to update the color temperature of lights in the house that I’ve come across and although I’ve tried to recreate it in other ways I haven’t had much success.

I’m sure the code could be pulled from Github and rewritten by someone with the skills which unfortunately does not include me.

If you’re interested, I’m in private beta with a new version over on Hubitat. It might work on ST, if you’d like to try it out (though, if it works, I won’t be maintaining it). Send me a DM

I’ve installed and published this coordinator smart app straight from the repo yet every time I try to use the button in the app for “New Circadian Daylight Setup" I get an error of “Something went wrong. Please try to install the SmartApp again.”

I’m not sure what I’m doing wrong

The “Circadian Daylight” was just what I was looking for, but I really had a struggle getting it to work. But I finally succeeded and thought I would share the solution.
Initially “Circadian Daylight” smartapp only work if I set fix times for sunrise/sunset. So the initial assumption was that the “weather” smartapp needed to be installed. So I installed an apk version of the old android smartthings app and install the smartligthing smartapp, which also installes the weather smartapp.
Now I was able to see the sunset/sunrise times in the IDE. However the “Circadian Daylight” app was still not working.
It seems that using zip code for location only works in the US and I live in Denmark, so the quick/dirty fix is to change the line

In the “Circadian Daylight Coordinator” code.

This of cause removes til possibility have a location other than what is in the app, but I can live with that.

Any chance will this smart app be converted after Groovy is deprecated?

Well it seems we’re going to be on our own. Such a shame as this is one of the best smart apps I have for my hub, simple but effective automation and such an obvious use case. All my bulbs are Hue so I’m trying to see if I can use the natural daylight scenes somehow in Hue app but turn on from SmartThings. Would love to hear how others are going to handle it.

I dont know where I read it but I read that Hue is looking to add this kind of automation directly in the Hue app. Me saying this sounds like a rumor and not much help to you but I know I read it somewhere. I didn’t pay much attention to it since I added Home Assistant in my smart home and use that. Someone ported this smart app to Home Assistant and it’s been great.

If you are using zigbee lights you can check Mariano’s drivers. 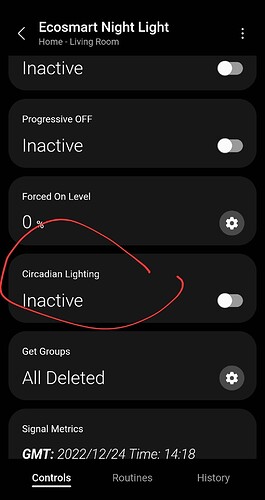 Updated list of Edge Drivers published in my channel (Feb/2) (New RELEASE) New Edge Drive Zigbee Light Multifunction Mc: This Driver has all the functions of the Zigbee Level ColorTemp Bulb Mc driver, which it replaces and will not be updated any more. Added Color Control Capability with profiles for RGB and RGBW with 2700k-6500k Color temperature. Thanks to the suggestion and collaboration to do the tests for @milandjurovic71 Works with lights, led strips with profiles : Switch & Level Switch, Level & ColorTemperature Switch, Level, RGB, RGBW, RGBCCT, CCT Could work with zigbee single dimmers, but not tested Link to the Zigbee Light Multifunction Mc Driver Thread Included Devices : See this link https://community.smartthings.com/t/new-release-beta-edge-driver-zigbee-light-…

Found the Hue information in the app 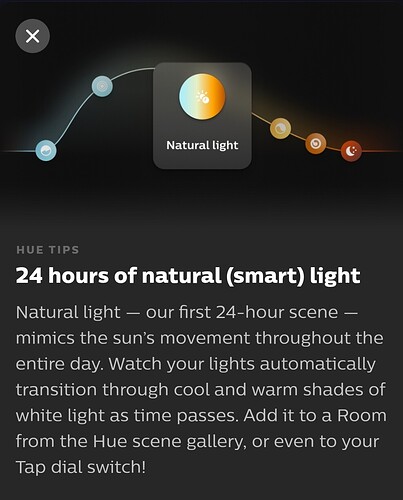 Thanks for the tip!
It is actually now available as a “Scene” that you can enable for a room, in the Hue app. 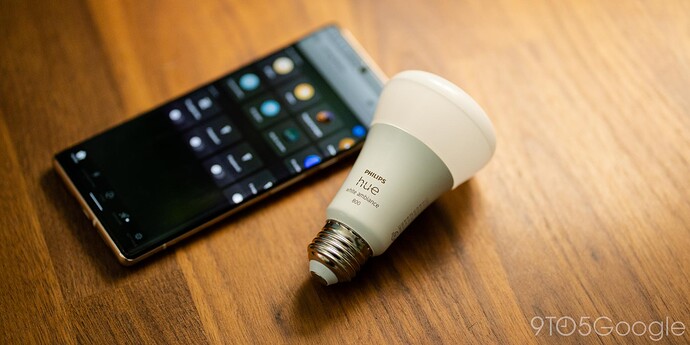 Philips Hue rolling out 'Natural Light' scene to some that changes color...

After showing up earlier this year in a false start, the Philips Hue app seems to now be rolling out its “Natural Light” scene to more users with the ability to change the color temperature of lights in your home throughout the day. Philips Hue has...

I’ll give it a try to replace my Circadian Daylight, which was the best smart automation I ever had.

With a quick look, it seems that you can control the light intensity on your scene associated, wondering if possible to use another hue app to dim the lights automatically.

Anyone found a way of smartthings using this new hue circadian cycle? I just want that when my lights turn on, they turn on to the “appropriate” shade for the time of day

There is a custom edge driver in development. Check out: [ST Edge] Philips Hue LAN [BETA] - #163 by blueyetisoftware. That particular post is for a version that was subsequently rolled back, so the circadian light scene isn’t available right now but hopefully will be in the near future.

So from what I can tell Vera was running with Edge drivers and they had a app for circadian daylight control. I do not know how to make it avalible to SmartThings. You can find the app here GitHub - otakup0pe/hyperion: Pretty Ambient Lighting for the Home

So from what I can tell Vera was running with Edge drivers and they had a app for circadian daylight control. I do not know how to make it avalible to SmartThings. You can find the app here GitHub - otakup0pe/hyperion: Pretty Ambient Lighting for the Home

Edge drivers are specific to the SmartThings platform, nothing to do with Vera, and the two systems are not compatible in that sense. There’s no way to make a vera plug-in available to smartthings.

Both platforms use Lua as their embedding language, but that doesn’t make them interchangeable. Many Vera plug-ins are much more like a smartapp, and access functions and logic which are not available to Smartthings edge drivers.

Thanks, I had a feeling that was the case. I was just hopeful i would have been wrong. The now obsolete SmartThings circadian app tuns but does not play well with my hubitat system. The app ran so much better with SmartThings. I will just keep my fingers crossed someone has time to make a new app for SmartThings.