I’ve recently read about getting better sleep by avoiding bright lights at night. I was going to ask about using SmartThings to do an auto-dim LED setup, but the “your topic is similar to” forum search found this for me: 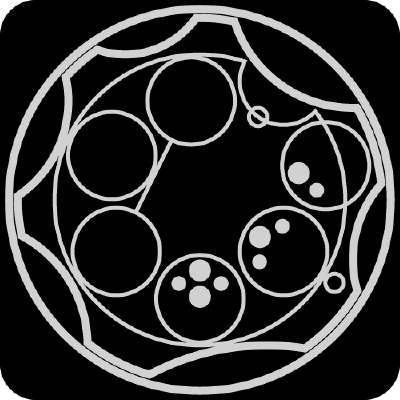 Does anyone know of a similar project for auto-/time-of-day dimming?

I was pleasantly surprised to see that circadian project has Groovy code in it, as I can hack on that if needed, but just looking to see what I’m getting myself in to, and if this is a “yeah, np, already done” sort of thing or a “eh, quite a few hours/weekends of hacking around” sort of thing.

Why do you need any special project ?
Simply use SmartLighting. Set you automation to turn on xx% during times A and B. Set another to turn on at yy% during B and C .

I have color bulbs in bedroom and hall just for this reason, between 10PM and 5AM lights come on at 10% red. The lights that are white only I have set to turn on 80% while in home mode, 10% when in night mode.

Your approach sounds great, but my assumption was that sort of rule, “go to
X% dim at Y:00”, if setup as a regular/out-of-the-box rule, would happen
for all the lights, whether they were on or not.

What I want is to only change lights that are currently on/as soon as they
turn on, e.g.:

At 9pm, turn any light that is on down to 20% dim, leave other lights off.
If any light is turned on after 9pm, immediately set it to 20% dim.

Is that possible with SmartLights?

Oh, hm, looking at this:

Smart Lights groups automations for lights and switches in one convenient place, making it easy to organize and customize automations through an interface tailored for you. Smart Lighting gives you...

In theory I could make 1 or maybe 2 automations per dimmer, and have that
automation triggered by mode, and only if mode is on? E.g.:

And then make these two rules for each dimmer, sounds like that would do
what I want?

Ideally there would not be a flash to 100% and then ~X seconds later it
drops to 20%. But maybe that is too fancy, and just using the physical
dimmer +10% button after Xpm is reasonable enough.

Really what I would prefer is if the dimmers were smart enough to tell them
"here is the max level I want you at; I don’t care if you’re on or off, but
if you’re on, or whenever you turn on, here’s your max level".

I failed to mention all my lights are based on motion or contact sensors So no the lights don’t all just turn on at A time at XX%. If motion in the hall between 5AM-10PM lights come on at 80% white. If motion in the hall between 10PM-5AM the lights come on 10% red. When Good night runs it turn off 90% of the lights, turns on 1 light in each room at 10%, turns on the bedroom at 20% red ( Wife goes to bed before me 99% of the time, and light won’t wake her, and I usually won’t trip over dog ) . After 30 minutes with no motion all the downstairs lights turn off. If in night mode motion downstairs turn on the respective lights at 10%.

Oh, wow, that’s a lot more sophisticated than I assumed was possible. And
this is all with just the built-in SmartLights?

I’ll have do start doing some more research then to just learn what is
possible. Do you know of any websites/youtube videos that describe what is
basically your setup? Or is it pretty obvious once you start poking around
in SmartThings/SmartLights?

Or is it pretty obvious once you start poking around

It is fairly obvious. When you set up a SmartLighting routine, just make sure you expand each of the sections so you can actually see all of your options that you have available. The entire thing is only 4 rules. 1 for " only in home mode" , 1 for " only in night mode". The other 2 are " only between hours of "

The Circadian Daylight app can use non color-changing smart bulbs. I have a mix of color-changing, temperature-changing, and dimmable bulbs around my house and it works just fine.