I’ll be answering some of the other questions over the next day or so.

Regarding grouping, you can group the speakers within the Samsung Multiroom app, and they are supposed to be controllable from the “master” speaker (I believe that this is the one that you went to and clicked the “Group” or “Surround” buttons on). I found that to work “ok”; even controlling from both speakers. But, there was a noticeable delay. I would like to see better logic, if possible, to support that.

Are you okay @April 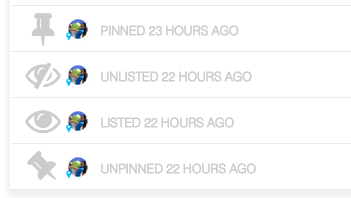 Hah! Thanks. Just fixed that.

Looking forward to the official integration. I’ll be picking up a few.

Is the textToSpeech API fixed completely? It was defective recently, affecting the Sonos systems up until now.

The larger issue is that it still worked if you happen to pick a phrase that had been cached before the problem started. So things like “this is a test” would work. Or “Honey, I’m home.”

But if you pick something that had never been used by anyone accessing the smartthings service, it would fail. It appears ST has lost access to whatever conversion service they were using.

(If that’s Google, there’s a reason for that: they tightened up access recently.)

I believe it comes from the AWS cloud per the location of the mp3 that is delivered, but I can’t confirm that. @tslagle13 was birddogging this internally to ST. Good to know when it is fixed it will start working across all platforms.

Can you get it to say “This is a test. Mooooooooo.”?

If you use a phrase that’s been spoken before, you’re fine. If you ask it to cache something new, that’s where it falls on its face.

Neither TTS nor the canned sounds are working on my M7.
It’s connected and I can mute it, any ideas?

I was just able to do this with the pre-configured sounds, dogs barking in this case; but I can confirm that custom TTS messages are broken (“cluck cluck bock bock” in this case). I am making sure the that TTS issue is raised and that someone is actually doing something about it.

Sure be happy to.
Model is M7 and no configurations have been made with any Samsung apps.
Used Ethernet connection, using 192.168.1.0/24 network space (tried dhcp and static reservation, same result), this is the only network that exists in this house.
Verified I could ping the device over lan.
Installed Samsung audio (connect) from Marketplace, device discovery completed very quickly, device was found with the correct IP.
Child device was created without issue.
Child device identified speaker as M7, activating the mute tile causes speaker light to flash, and does appear to mute the speaker.
Installed notify me when from marketplace, selected a switch to activate, action, on this speaker (correct speaker was listed), then for specific modes, no other options were selected.
No sound was produced, though log seemed to indicate that things were working OK.
Replaced the app with the Morgan freeman edition, same result.

Was it “Notify Me When” or the “Sonos Notify with Sound”? The former doesn’t support speakers, the latter will. I tried using the latter.

I am curious about the firmware update. I can see that being a possible issue.

I am making sure the that TTS issue is raised and that someone is actually doing something about it.

OK @dckirker , update on my situation.
ST app 2.0.2 android…
A few things to be noted, and a few things you might want to forward around the office.
–The firmware update on the M7 fixed the “sonos notify with sound” not working issue, working speaker firmware was: 3014 on the M7
–Adding the device via marketplace, things, ST recommends, speakers, Samsung… does not work.
–Adding the device via marketplace, things, entertainment, speakers, Samsung… does work.
–The firmware update will fail from the sami app if the device is already included in ST prior to the update being applied, the firmware update must be applied via the sami app prior to being added to st. The instructions and FAQ should be updated to reflect this as the firmware update takes F O R E V E R even on ethernet, and doesn’t fail until the very end.

I have 2 M3’s, 2 M5’s, and one of the tube amp soundbars that I connected to ST. I’m kinda confused about what I can really do wit this. My Soundbar seems to respond to only volume related commands. The M series can be hit and miss. sometimes they will play/pause, and other times nothing seems to work. I have them connected through 2 hubs, using auto for the wifi frequency. I’d love to be able to play music from my phone from ST. It’d also be nice to see some of the sources in ST, but i know thats more of a long shot.

I just wanted to know - With the Samsung speakers 3x M5’s (without the hub) am I am to use smartthings or even the samsung app to play music to all 3 at once? Or from Smartthings play a TTS notification to all 3 and individual speakers on their own?

Sorry I know the question is vague, but I haven’t brought the speakers yet, this is just me trying to work out if the Samsung speakers will do what I assume the Sonos one do.

Any advise would be greatly appreciated. Thanks