I just noticed that GE released some new z wave switches with quickfit and simplewre but also they now have a commercial grade switch.
I was wondering if anyone here has any clue to what the difference would be between the standard and commercial grade ??
I also noticed that the commercial grade version does not say z wave plus. So its old technology z wave or they just didnt mention the plus part?

oh and here is a link to the commercial switch.
https://byjasco.com/products/ge-enbrighten-z-wave-commercial-grade-wall-smart-switch-quickfit-and-simplewire

I also noticed that the commercial grade version does not say z wave plus. So its old technology z wave or they just didnt mention the plus part?

It says it on the box from what I can see, as well as on the device’s case in a few of those pictures. Specs also say it’s capable of some higher ratings too:

“Light-commercial capable – Supports 120VAC and 277VAC for universal use in a variety of systems. The switch is suitable for use in common home 120VAC or light-commercial 277VAC applications without additional equipment.”

ahh i must of missed that. So basically its branded as commercial due to it being able to work with 120 to 277. but its not z wave plus ?

ahh i must of missed that. So basically its branded as commercial due to it being able to work with 120 to 277. but its not z wave plus ?

It’s Zwave plus. They just didn’t put it in the headline, but it has the logo on the box, it’s in the expanded product description, and, as always, you could check the Z wave alliance official site to see the certification. (It Also has features which are only available with Z wave plus.)

Z-Wave Plus 500 series with S2 security and SmartStart takes advantage of the latest benefits of Z-Wave while being safer and simpler than ever. Experience enhanced protection and convenience with up to 50 percent greater wireless range, over-the-air updates and enhanced internal memory. QR codes with unique, industry-standard secure key exchange add a layer of 128-bit encryption, device pairing to Z-Wave S2 and SmartStart certified gateways is effortless, and the switch is backward compatible with all generations of Z-Wave devices.

“Light Commercial” Doesn’t have a single standard meaning, but in construction, it usually means the building is intended for commercial use but built more like a residential building. Maximum of four stories, typically footage under 25000 square feet. No reinforced steel beams. Just your ordinary strip mall kind of construction, like a realtors office or a muffler shop or a small retail store. It may have heavier duty appliances or power requirements, but not a lot heavier.

The actual definition varies from jurisdiction to jurisdiction, but here’s a typical one:

There are a lot of switches and automation devices which are designed for “residential or light commercial,“ which really means not designed for heavy commercial. They won’t be a good solution in a New York City office building or an airport or a large hotel because they can’t handle enough devices, or have enough range to cover the whole property, or communicate through the reinforced construction or stuff like that.

Again, there’s no single standard definition, but they do seem to be saying that because it can handle the 277 voltage that makes it a “commercial grade“ switch. That’s a manufacturer definition, and in this case I suspect it came out of the marketing department, not the engineering group.

The original conformance statement did not say anything about commercial grade. 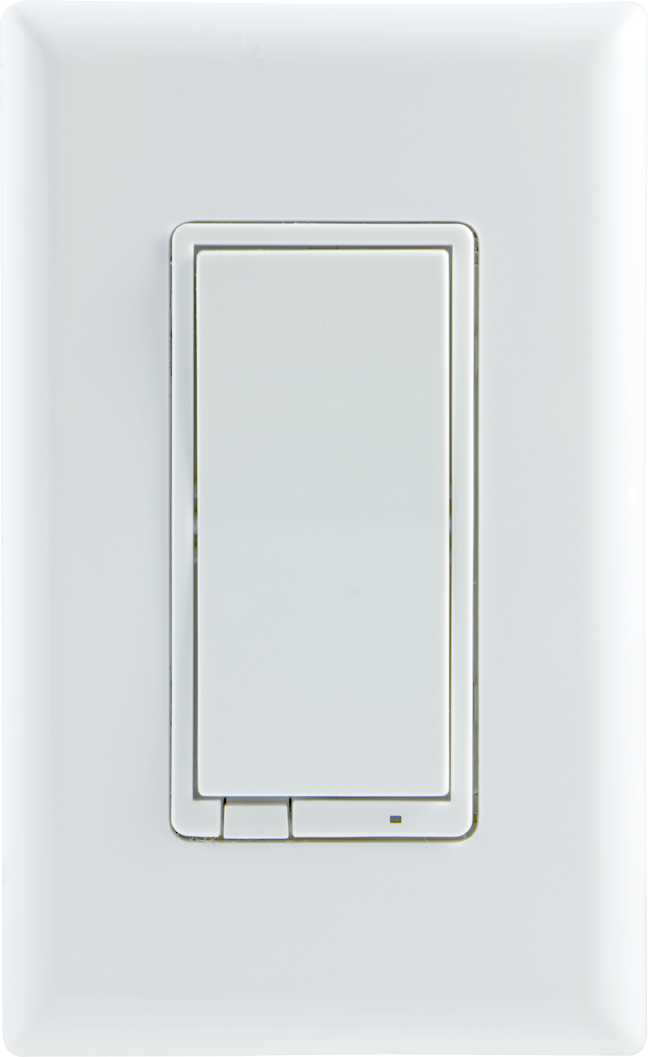 In-Wall Smart Switch (120/277VAC) with QuickFit and SimpleWire enhancements. Revolutionary QuickFit design features a housing depth that is up to 20 percent smaller than the previous Z-Wave models. This reduced size coupled with the elimination of...