I have an exciting idea that is a few old ideas blended together, but the gist of it is that brainwaves can be measured and delta brainwaves can actually be controlled by concentrating, SO…

If you could put on a hat and concentrate to make something escalate, live, like a volume knob or a dimmers brightness, in sync with your level of concentration, what would you automate?

(I have most of the devices i need, and the start of the code, i just need to find the right idea)

This guy has already tried it and it didn’t quite work.

These devices exist already. They tend to be fragile and can give you a headache after awhile. And people who are quads require someone else to put them on. But they work pretty well.

In order to keep the contacts at a low enough level that they are not physically harmful, they require very close connection, usually .(although not always) with a gel connection, so a hood, not a hat. Or a very lightweight “helmet.”

Don’t try building one of these at home, though–you can cause serious injury. If you are interested, join one of the existing research projects. 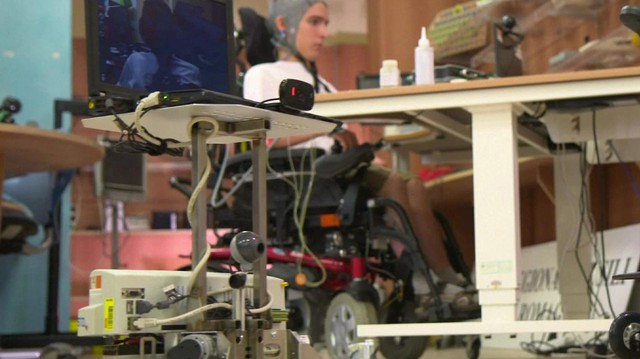 Disabled people pilot a robot remotely with their thoughts

Using a telepresence system developed at EPFL, 19 people – including nine quadriplegics – were able to remotely control a robot located in one of the university laboratories. This multi-year research project aims to give a measure of independence to... 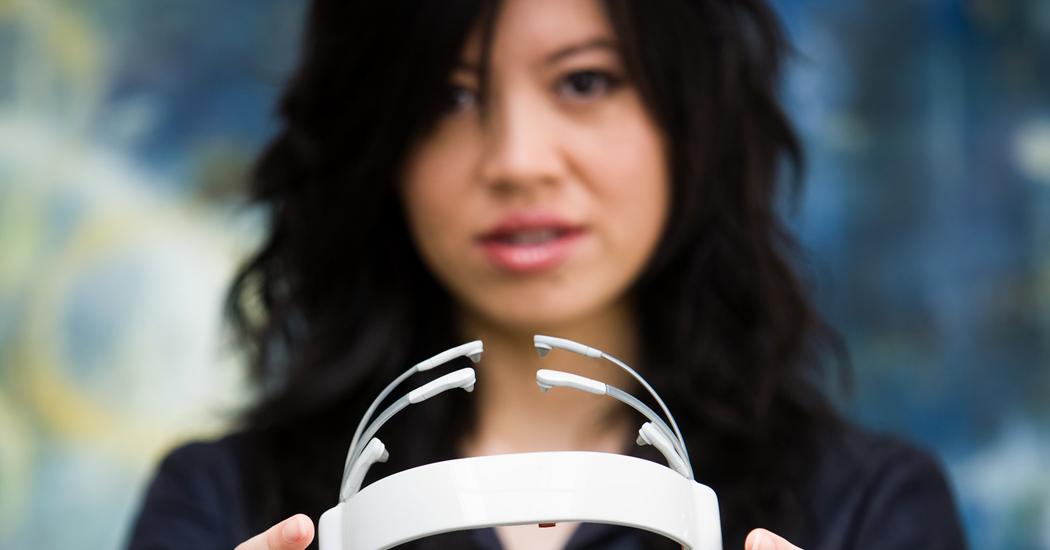 A headset that reads your brainwaves

Tan Le's astonishing new computer interface reads its user's brainwaves, making it possible to control virtual objects, and even physical electronics, with mere thoughts (and a little concentration). She demos the headset, and talks about its...


.
Emotiv is one of the main US companies. Theirs is unusual because it doesn’t require the gel.

Hack Your Brain With A Machine That Reads Minds

Star Wars first planted the idea over 35 years ago that we could move objects with our minds. That idea is now a reality that has come a long way in the last..

I actually will be replicating an arduino toy hack that’s been around for years. (once I teach myself how to play with arduinos) But I haven’t decided what I want to apply it to.

UNIMPORTANT BACKSTORY: I’m not much of a maker type person, I have ideas but I don’t often build upon them. But now that I have a ‘smart’ home with some wireless dimmers, I thought this might be a neat little project. I can tell you the technology is very safe and headaches are MOST likely caused by the strain of ‘concentration’. My wife and I are both experienced at recognizing the noticable difference and controlling concentration. her, because it’s a technique neurologists teach to help migraine patients manage/control pain. And myself because a life of ADD makes a guy acutely aware of the different states of distracted/concentrated and practicing control of it is a necessary didactic lecture survival skill.

Design: so there’s a toy from 10 years back, the star wars force trainer. that actually measures EEG waves and transmits the delta waves value to a variable-speed fan levitating a ping pong ball. I’ve had it since it came out, it’s great, no gel required. It’s gimmicky and by no means is it perfectly accurate, but is it cool, hell yes. It has a sharp learning curve, and people easily question whether it works or is in fact just random, because its a toy, it isn’t designed with hoods or gel, I’m sure its inacurate, but it does work, it really is controllable. It’s amazing. Anyway,

I found an arduino hack that dumps the data to a computer instead. SO… once I figure out the arduino, perform the hack, figure out the data, I should be able to send it as a constantly updating variable to something like a lights brightness, or a volume level, or (this is my best idea) a fire-features throttle.

@JDRoberts, given your condition you probably have a lot more concept for something like this. It isn’t reliable or even controllable enough for any important application I can conceive, but as a cool project (or even just as a concentration trainer), it has value. What do you think?

Depends on the exact use case.

One of the hottest areas of research is for prosthetic control, particularly being able to control a robot hand. That’s one where you really want mind control.

Also being able to control a wheelchair for someone with no hand function.

Not much interest for home automation because voice solves almost all the same problems much more conveniently than wearing the helmet. Dimming lights, turning on a faucet, changing TV channels, etc. can all be done with voice.

Most of the practical applications for able-bodied people have to do with remote control of a device. That’s where the military is interested. Essentially drone control, although the drone might be land based. But anything where you’re too far away from voice and mind control might actually be faster than using a tablet controller.

And then there’s gaming. Just like your Star Wars toy. That’s one where the coolness factor comes in, and people want to do it with mind control just because it’s fun to do it that way. Those applications often involve controlling something that’s virtual anyway.

So as far as in-home applications for home automation that require wearing a helmet…You may be having a hard time coming up with use cases because there aren’t that many where voice or gesture wouldn’t be easier for the person to use. Assuming they are physically capable of doing so. If someone is not able to vocalize in a way that Amazon echo can understand, then the helmet could replace almost all of the voice controls.

Otherwise, I think I’d like mostly at the fun stuff. Gaming in particular. But also a DJ Device for controlling lights and the AV system. That would be cool.