So this is very geeky. (and I will probably never get the budget approved by my wife)
But I want to use a magic wand to control things in my house.
There is this:

The Kymera Magic Wand Remote Control gives you the opportunity to perform magic in your own home! Imagine walking into the room with your children and their Muggle friends watching TV, whipping out a ...

Anyhow, is there any way to get this to talk to SmartThings?

If I understand the Harmony Hub, it will take home automation commands from harmony remotes, which can then be sent to SmartThings (on/off only, which works for me).

Is the harmony remote using IR or talking directly to the hub?
If it’s IR then I would guess that the wand could learn the IR codes from the harmony remote and we’re golden!
If the above assumptions are correct, what is the lowest end harmony control and remote I would need?
Are there any other options?

Additionally, to get around the line of sight limitations of IR, there is this little gem, which uses a special AA/AAA battery to pick up the IR signal on the remote and send it via RF to an IR repeater. (I haven’t used this, but the reviews are positive) 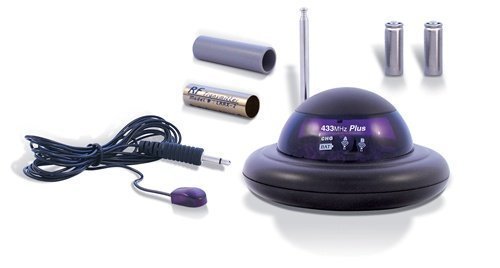 HI Speed chip sets works MHZConvert existing IR remote to digital RF by replacing 1 battery in a remote with the battery transmitterControl 2 same-brand components independently from anywhere in the h ...

My brother has one of the Doctor Who screwdrivers. It works pretty well with his television.

It can’t be used the way you’re envisioning though, because the harmony hub is not an IR receiver. It only sends IR. (I’m not sure about the bridge chip you linked to, I haven’t looked at that yet.)

Fibaro has a new zwave gesture control tablet, swipe, which a couple of people have partially working with smartthings. As I understand it the circular gestures are not working but left, right, up, and down, are. Basically each one is treated as an on switch and that’s the information that get sent to smart things. So it’s not a magic wand, but it’s pretty cool. Search the forums for people who are using it.

The Fibaro Swipe is a breakthrough smart home product. Swipe is the first gesture-control pad that allows you to control devices in your Z-Wave network or connected smart products without touching any ... 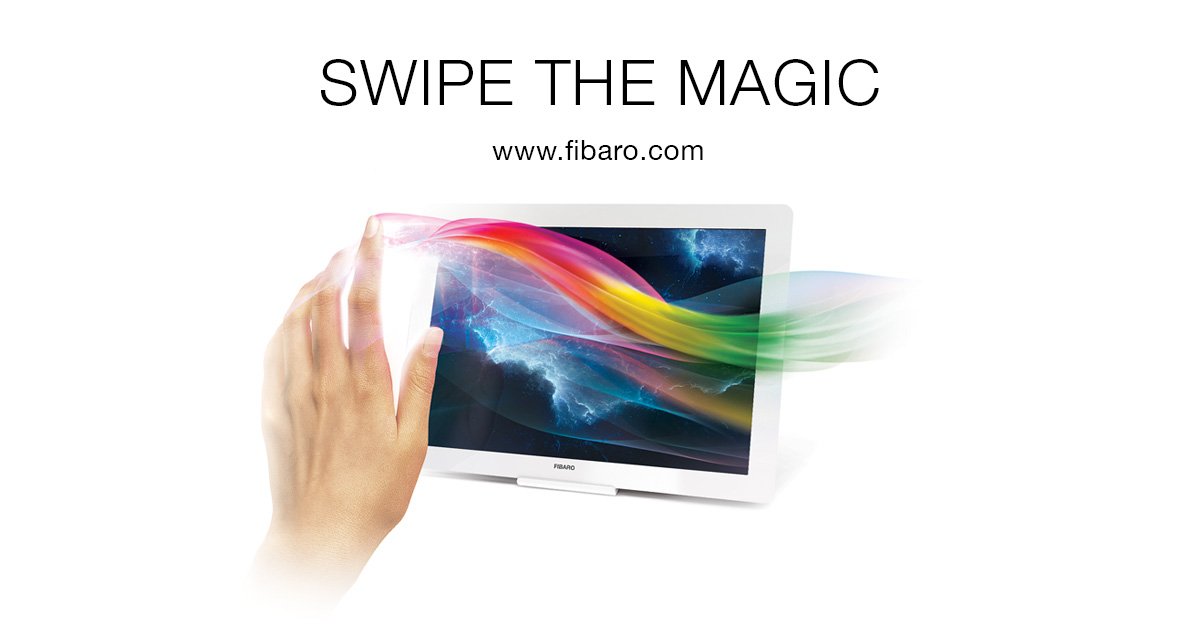 Make your smart home alive. Use a swipe gesture to activate actions.

Myo has some possibilities, although there have been some issues with just a recognition and it’s not as universal as the marketing materials make it look. I think @KyleARector was looking into pairing it with a raspberry pi which then would give you some interesting options.

A lot of people have looked into various gesture control options for home automation. (Samsung even had a pilot project with Reemo) but the short answer has always been that either you have to be to precise, which makes it feel unnatural, or it picks up too many random gestures. But there’s definitely stuff out there you can play with.

The Fibaro swipe actually looks to be fairly practical. I’ll be curious to see how popular it is. It just came out a few months ago.

I have one of these, and now the ears are turning

OK, I looked at the extender. I see the idea you had, which is that maybe that device could be used to fool the Harmony into thinking the wand was a Harmony remote, assuming the battery transmitters work in the wand.

Unfortunately, that won’t work because the Harmony remotes are not transmitting on 433 MHz and the harmony hub doesn’t receive Infrared.

So good idea, but I don’t think it’s going to help here.

By the way, if just for presentation, you could certainly combine the Fibaro swipe with the magic wand because the swipe is just looking for a gesture and you could do the gesture just with your hand but I think you could also do it with the wand.

But you might get the visual effect you want.

I had my sneaking suspicions that it wouldn’t work.
Thanks for confirming my suspicions

Oh well, the dream was nice while it lasted.
The fibaro device looks interesting, I’ll have to look into it further. Thanks for the info!

So maybe the dream is still alive…
I found this somewhere else here. I don’t know that I’d ever have the time to start messing with Arduino… 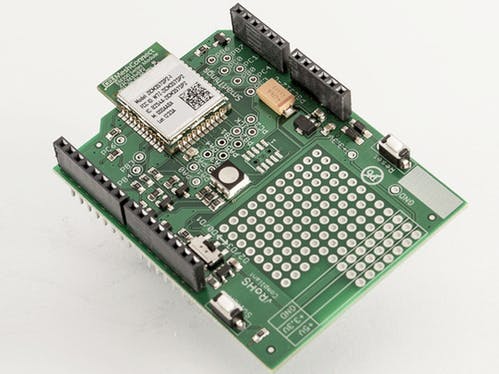 Building an IR Bridge with the SmartThings ThingShield

Tutorial on how to building an IR Bridge with the SmartThings ThingShield By Juan Pablo Risso.

Ugh, ordered the parts for the IR to SmartThings bridge. This is another fine mess I’ve gotten myself into…

Another more practical application for this is turning any IR remote (or at least any learning IR remote) into a button controller for SmartThings.
You can purchase extra special batteries for the RF IR extender posted above, so any remote you add a battery to will send to the RF receiver, allowing multiple remotes to control things from anywhere in the house.
This will also allow controlling “scenes” from standard remotes, and if the remote does macros, you could have one button to turn on the TV and adjust the lights.

(So far I’ve got the Arduino Uno and IR receiver and have gotten the Adruino code ready to go. I’m waiting on the Thing Shield from SmartThings. It appears others have gotten this to work, so I’m expecting Ir remote control part to function.
Once that is up and running, I’ll add the RF IR extender. The wand will be the last (and frivolous) part of the puzzle.)

Okay, got the Thing Shield today, put everything together, tweaked the device type (missing definition in the example) and it’s working. It can “learn” an IR code from a remote to a virtual button on the thing shield, which you associate with a switch in the SmartApp. Button pushes toggle the device on and off.
Next is to get the RF IR blaster mentioned above to allow you to use the remote anywhere in the house (no line of sight).
If that works, then it’s time to order the magic wand!!!

The instructions for the IR to Smartthings Bridge is here:

Building an IR Bridge with the SmartThings ThingShield

Tutorial on how to building an IR Bridge with the SmartThings ThingShield By Juan Pablo Risso.

The only “gotchas” that I came across were:

and the following to the device type:

It’s only set up for 2 buttons, so you would need to copy the button sections in the device type and app to use more buttons.

The device type is set up very well. In the smartthings app, you go into the device, tap the “record” button and then tap A or B and then press a button the remote and it “learns” the IR command and assigns it to the button.

Tagging @juano2310 just so he can see his code being put to good use.

Thanks @JDRoberts for sharing! Yes that code is so old. I wasn’t working at Smartthings yet. I would love to improve it but it always comes down to time.
The parts are cheap and not hard to connect together.
On the software side I would like to save infinite number of commands both for triggering actions and also to blast, for example, if you want to turn on the TV. The idea is read the command emitted by the original remote and create a virtual switch or maybe an extra tile for each command stored.
I even have a 3d printed case for it that gives it a finished look.

Thanks @JDRoberts for sharing!

Did you see the OP wants to use one of those magic wands with an IR transmitter in it? Only he wants to use it for smartthings. That’s what started his whole journey. So he needs your device as the bridge to smartthings.

I think the one posted stores only 2 commands. How many gestures does the wand have?

Thanks again for the project and code!!! It may be old, but it rocks!!!.
The wand does 13 commands, picked up a used on on ebay for $33. Should get it on Monday.
I have to expand your code to 13 commands, haven’t had time to dive into that yet.
Also using a device that repeats IR commands via RF to an IR blaster using a special battery. I’m hoping it works with the wand so it won’t need line of sight and can use the wand anywhere in the house. May also get extra batteries to use with existing remotes to control things from those, rather than having to fumble for my phone or a minimote.

That so cool! I would love to see a video

Update on things.
The IR to SmartThings bridge and/or SmartThings was acting up this morning and not responding at all. After about 15 minutes, it started behaving itself and registering IR commands.
It works about 95% of the time.
I added the IR to RF battery and it worked but it got a bit sketchy at about 30 ft (depending what was in between me and the receiver).

The Magic wand got delivered today and I got that set up. The IR bridge was working about 90% of the time with the wand.
The big upset of the day is that the IR to RF blaster does not work with the wand. It sends random IR codes.

I finally got around to playing with this a little more.
While the IR to RF blaster isn’t working with the wand it is working with most of the remotes we have around the house. Currently I have the RF battery in a universal remote we use in our bedroom and have a couple of buttons set up to control the bedroom lights.
This is working better than I expected as I have the IR bridge and the IR receiver in the basement. It’s working rather well from our second floor bedroom.
Additionally I had a wired IR blaster in the family room going to equipment in the basement, so I put one of the IR repeaters from that on the IR bridge. I’ve configured the wand to mainly control the TV, but have a couple gestures for the downstairs lights.
I am also going to program the universal remote in the family room to control the devices I set up on the IR bridge.

So, while not the dazzling magical experience I was initially hoping for, it has turned into a bit more practical project of using existing remotes to control various connected devices.

I recently came across this product called SevenHugs. It seems more interesting compared to the magic wand. Yet I am skeptical about its robustness.