Inspired by @takissd 's Weather Station Tile 2.0, I’m looking to create a virtual outdoor illuminance sensor. I would then use this to more intelligently turn on my indoor lights, ie turn them on a little sooner when its cloudy out, etc.

I’m wondering if anyone with an actual outdoor illuminance sensor would be able to collect/provide some data to help with this. Essentially, I’d need 3 columns of data: Time of Day, the weather type (see weatherIcon value in Weather Station 2.0), and the outdoor lux value. In addition, I’d just need the zip code where the data was collected so I could calculate time of day relative to sunrise/sunset.

UPDATE: Here is how it looks on android from users below: [image] To install follow these steps: There are 2 ways: 1) copy and paste , 2) update from repo This is easy but be careful when you copy the code because cut-and-paste breaks the ° symbol in the source and you end up with a que…

This devicetype is built into the ide, but have to add it to devices manually

It has a virtual LUX outdoor value, that might be just what you are looking for? Could poll this for the values pretty easy using the Google Docs logger Smartapp as well.

Yeah, this is exactly what inspired me - the method for calculating the virtual lux value seems awfully arbitrary. I’m just looking to get some real data to: A) see how good the above method is at estimating, or B) improve the above method.

For example, from https://en.wikipedia.org/wiki/Daylight I know that on an overcast day the lux is 1000 at midday and 40 at sunrise/sunset. I’m looking to get some data to help fill in the gap between those two values.

The Aeon multisensor is compatible with SmartThings and outdoor-rated for everything except its motion sensor. (The motion sensor’s intended to only be used indoors as it gets too many false positives outdoors.) it can measure luminance, temperature, and humidity.

Many people in the community have it, so you can find a lot of discussion. Some people give it very harsh reviews because they want to use it as a motion sensor outdoors, but the manufacturer says it won’t work for that so discount that part of the criticism.

The older 4-in-1 model may be somewhat cheaper if you can find it and also measures luminance, temperature, and humidity. So you could also consider that. Again the motion sensor capability is not intended to be used outdoors. 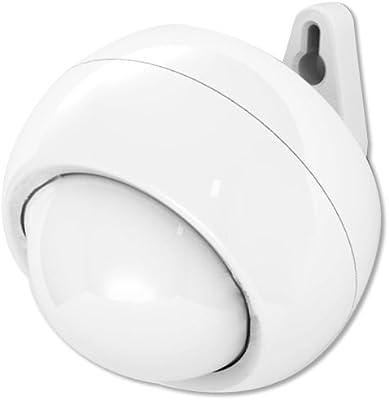 Aeotec is one of the largest manufacturers of zwave devices which means many people carry it, but it also means the prices can vary wildly depending on where you buy from. Check multiple Amazon sellers, zwaveproducts.com , Vesternet, tiger direct, new egg, thesmartesthouse.com , smart home.com , homeseer.com , and any other reputable retailers. Always check the return policies before buying, those vary a lot also. Aeon will not honor the warranty for anything bought off of eBay because they say those are all used even though they aren’t.

I’m 90% sure the bloomsky device does true outdoor lux values, kind of overkill but you might be interested in its other features? www.bloomsky.com There is a community device (written by an ST employee tslagle) that works well with it.

The Fibaro multi does a great gob with outdoor lux. Measures up to 32k lux.
I’ve had one mounted outside for almost two years now, just for measuring lux. You’re welcome to my pacific Northwest data if you tell me where you want it.

If you wouldn’t mind fishing out hourly lux values for both a sunny day and maybe an overcast day, that would be enough to get me going. I just want to get a better understanding of outdoor lux as a function of time, relative to sunrise/sunset.

If you wouldn’t mind fishing out hourly lux values for both a sunny day and maybe an overcast day, that would be enough to get me going. I just want to get a better understanding of outdoor lux as a function of time, relative to sunrise/sunset.

Outdoor lux readings are mostly a function of cloud cover. You can have very low Lux if it rains in the morning and then if it clears by the afternoon you could have a 3 o’clock reading which is much much higher than your 11 AM reading.

You can find a lot of information about this on solar energy sites. Because obviously that’s a big issue for those installations.

This is a good overview article:

To capture the data, do you use something like :

I was using numerous until it went belly up, honestly I have no need for archived data sets.

There have been many discussions on this and the consensus seems to be that the Bloomsky luminance sensor was really only designed to distinguish day from night and therefore isn’t very accurate relative to real lux values. I believe this info originated from Bloomsky themselves and was posted in the main Bloomsky thread.

Update: Here is the comment on the topic from the Bloomsky employee:

Hi, the luminance sensor is very direction-sensitive. The hole that lets the light in is small. So if you want to use the data in a sensible way, you need to adjust the direction to avoid direct sunlight, reflections, moonlight etc. The luminance sensor is located right to the camera, or left. For this reason, we didn’t show the data in the app, it’s more a reference. Don’t forget that the camera, LUX and UV sensors as whole is adjustable. You can move it up and down. @Benji

I would really like to use smart weather but it does not provide constant illumanance data no matter how often you refresh it. I just wish there was a weather station that you can count on to provide the data every so many minutes

Did this ever get anywhere? I could really use actual illuminance. I’ve always wondered why someone doesn’t just calculate the lux from the solarradiation measurement from weather underground.