Looking for a zigbee or zwave RGBW point lights for trees

I have a few trees in my front yard - I like the look of white point lights in the trees all year long, with colored lights over the holidays. So, I’m looking for a permanent RGBW point light solution that can be controlled from ST. I thought this would be an easy solve, but so far I haven’t found anything.

Is anyone aware of waterproofed, point lights that would work in this sort of application?

I’m sorry, I don’t know what “point light“ means in this context. I only know it as a term in 3-D modeling. Do you have a link or a picture?

Hue makes outdoor uplights if that’s what you’re looking for.

Well, I don’t really want to use Hue, but I would if I they have a solution.

Uplights aren’t going to do it. I’m looking for point (also called fairy) lights that would be hung in the tree itself.

For reference for folks, these are point (fairy) lights:

ah, i see. nothing i can think of.

The easiest are the Osram/Sylvania gardenspot zigbee mini
RGBW LEDs. They work out of the box with smartthings and are intended for outdoor use. Available in both the US and the UK. But they would get pretty expensive if you wanted to use a lot of them. 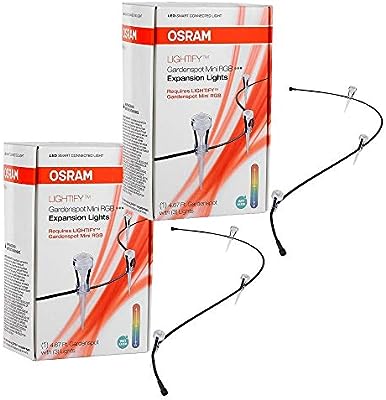 Next simplest and much less expensive is probably just a Fibaro Z wave RGBW controller with regular dumb outdoor fairy lights. Again available in both US and UK versions. Take a look at the quick browse lists in the community – created wiki, look down near the bottom of that page for the project report section, and then look down near the bottom of the project reports for the lists by room. There’s a list there for “yard” projects that has a number of outdoor decorative lights projects that you might find interesting, including a couple that use the Fibaro and explain what weatherproofing they did.

@erocm1231 Might also have some suggestions based on a Wi-Fi controller. You handle this the same way as the Fibaro: put the controller in a weatherproof box and connect it to regular dumb outdoor LED strips.

This is a much more complex initial set up, but you get the advantage of the much better range for a Wi-Fi device.

For detailed instructions on flashing and setup including video & photos, see post 360. 2017-02-15 - Update: I have added compatibility for a few new controllers that are sold under the Arilux brand. I’ve posted the specifics further in this post. 2017-01-23 - Update: I’ve added the ability to export and import programs. Scroll down for some program strings that can be copied and pasted into the SmartApp. 2017-01-21 - Update: I’ve made some changes to the firmware for support for an interesting ESP based bulb I am testing. The price of wifi bulbs is coming down (This one is about $25) and with the Qube bulb recently announcing that they are in talks with SmartThings, I’m not sure how justifiable these are (especially if you have to pay as much as I did for shipping to the US). Nonethele…

@JDRoberts I don’t want to use the lightify minispots for this application. They are (a) too large, (b) too bright, © directed light and, as you point out, (d) expensive.

The Fibaro itself isn’t difficult, you just need to be willing to do the wiring, which is the same as pretty much any other RGBW LED controller. And of course then you have to address the weatherproofing issues which is one of the other advantages of the Osram. With the Osram, you just have to plug them in and they work with smartthings.

The one that’s really complicated, but that costs about 75% less, is the Wi-Fi based option. That’s because you will have to reprogram the controller before you can use it with smartthings. And then after that you have the same wiring and weatherproofing issues as the Fibaro.

So it really just comes down to how much money you’re willing to spend to save yourself potentially a lot of time and hassle in the set up.

Once they’re set up, all three of these options work about the same.