Looking for a push button - any suggestions?

I’m looking for a button (or switch) that I can put in my toddler’s room so that instead of hollering when she needs something, she can push the button and I’ll get an alert. I bought a Fibaro button (https://www.fibaro.com/us/products/the-button/) but didn’t notice it only works with Apple Homekit. I see z-wave versions on Amazon but they are getting terrible reviews.

Anyone have any suggestions of a product that could work for this purpose?

There are quite a few choices. With toddlers, you do have to worry about a choking hazard, so I would look for slightly bigger choices.

I like the Zooz zen34 for this kind of purpose right now. It’s a battery operated rocker switch, you can put it on the wall near the bed or on a table. Z wave. Works well with smartthings. 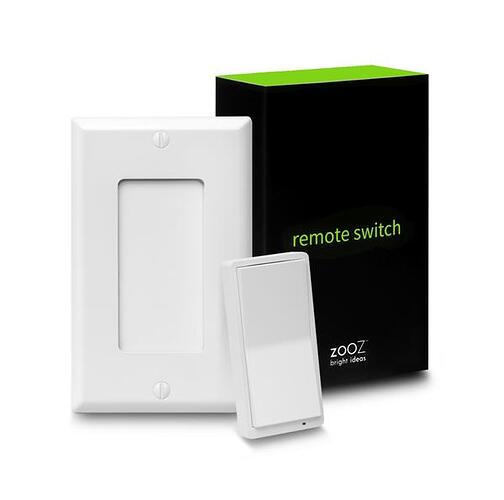 Here are a few more options which work well with the current V3 app.

A lot has changed with these even over the last few months. Please feel free to add an entry for anything you are familiar with and know works and indicate whether it is available in the US or the UK and if it requires custom code. Include a link to the topic that has the custom DTH if you know it. Also, I know some of the zigbee devices have hardcoded groups and so the first one will work great and then if you add another one it will control the same devices as the first one. feel free to add any notes for anything like that. Zigbee and Zwave devices will require a smartthings hub. Cloud to cloud devices will not. Some devices may require their own bridge or base station in order to communicate with smartthings. This should all go in the wiki, but I can’t edit tables easily with voice …

I forgot, though, before we go any further: what country are you in? The device selection does vary.

Hey @JDRoberts - Thanks so much for the info. Can always count on you for great advice! I’m in the US.

I should have also mentioned that I have an Echo in the house. Do you have any experience with the Amazon Echo Buttons? https://www.amazon.com/Echo-Buttons-buttons-pack-companion/dp/B072C4KCQH - something like this could be fun for the kiddo to push.

Ikea button works well and they are cheap $6. I have a few around the house. Only downside they are cloud based and not local as of yet

Hey @JDRoberts - Thanks so much for the info. Can always count on you for great advice! I’m in the US.

I should have also mentioned that I have an Echo in the house. Do you have any experience with the Amazon Echo Buttons? https://www.amazon.com/Echo-Buttons-buttons-pack-companion/dp/B072C4KCQH

We have the Amazon echo buttons and use them at our house because they are quite easy for my service dog to use and possible for me to use as well.

They work very well for triggering an echo routine (not an Alexa routine). To get integration with smartthings you have to have that routine then use a smartthings device, or even a virtual switch, as the action in the routine.

The only thing about this is that they are unusual in that they are connecting via Bluetooth directly to an echo device, usually in the same room. And they will only work if they are in range of that specific echo device. That’s not a problem if you have fixed them in one place, but if they get carried around they might get out of range.

They’re certainly big enough not to be a choking hazard.

So I like them and use them and as long as you are OK with the echo routine method, I think they are a strong candidate.

Ikea button works well and they are cheap $6. I have a few around the house. Only downside they are cloud based and not local as of yet

The IKEA buttons are pretty small for a toddler’s unsupervised use. They would probably be OK if they were stuck on the wall, but then you have to think about how you’re going to change the battery.

They are fairly big about 4cmx4cm, Not a parent so not sure how much can a todler put in their mouth

They do come with a magnetic base to stick it to the wall, you can easily change the battery.

They are fairly big about 4cmx4cm, Not a parent so not sure how much can a todler put in their mouth

If it’s smaller than your fist - they’ll figure out a way to fit it in their mouth… Ask my son. Also ask him how he got the army man in his nose and the pebble in his ear canal. He’s 24 now, it’s fun to embarrass him with the stories of 3 stupid ER visits in front of his wife…

Thanks for the suggestion @Harvinder_Singh - Do you need a separate hub to integrate these with ST?

Hmm, yeah, these might be out since the is no echo within Bluetooth range.

No they have support in the new app as on off button. Registers single press and hold on both on and off button.

I have read some are having issue with battery but I got 5 of them, thus far no issues fingers crossed.

There you go, I was looking at it and thinking cant possible fit that now

I remember my younger sister pushed toilet roll up her nostrils and didnt tell anyone for a week. Not only was she breathing through her mouth but the rotting toilet roll in her nose smelled putrid lol we still call her out to this day on it:D

@JDRoberts - I went with the zooz switch and it works perfectly - thanks! Through ST automations, it sends me alerts when the toggle switch is pushed, and now I’d like to have it also trigger my echo to say a custom message. I was going to use echo speaks to set that up, but just noticed it was discontinued. Do you have any suggestions?

I quickly googled and saw a tutorial for adding the echo as a virtual switch, creating an ST automation to turn the switch on, and then crating an Alexa routine to trigger once that switch is set to on. Would this be the simplist way? Or should I explore something like IFTTT?

EDIT - One other thing I forgot to mention is that the zooz switch isn’t showing up in my Alexa device list. Would that be because I had to use a custom handler for the zooz switch to work with ST?

quickly googled and saw a tutorial for adding the echo as a virtual switch, creating an ST automation to turn the switch on, and then crating an Alexa routine to trigger once that switch is set to on. Would this be the simplist way? Or should I explore something like IFTTT?

That’s not the usual method, I wonder if you just misunderstood on first reading. You don’t add the echo as a virtual switch. Instead, you create a virtual switch which is also a virtual sensor (turning on the switch with any method will make the sensor appear open to Alexa), and then you use an Alexa routine (not a smartthings routine) which will react to the sensor opening and let you have any of your echo devices speak a custom phrase. This works very well when it works, but sometimes it glitches and doesn’t work for a few days. Here’s the community FAQ on that:

The zooz switch should definitely show up in your echo devices as long as you have told Alexa to discover new devices. However, it cannot be used as a trigger for an Alexa routine because at the present time no switch can. But you should be able to turn it on and off with echo once you’ve done discovery.

Which DTH did you use?

Yeah, I definitely might have gotten the steps a little mixed up on that. Although you mention it glitches sometimes, would you say it’s the best method?

For the zooz switch DTH, I used the code that they linked to on their support site - https://www.support.getzooz.com/kb/article/462-how-to-add-your-zen34-remote-switch-to-smartthings/