Is Kuna IFTTT EVER coming?

Out of all of the outdoor cameras, I like Kuna the best by far. The lack of integration is a deal breaker for me though. Is there any indication of when they will have IFTTT? Over a year ago they said it was coming…

The bare minimum that I need is to get notification of motion detected. Would also like to be able to sound the siren via IFTTT but that would not keep me from purchasing.

Also the 2 hour free lookback is awfully short… would prefer a device with 24 hours but I can live with that.

Not sure what Kuna has on their roadmap. You should probably ask this question over here.

I have already tried and they aren’t very responsive

The cameras we officially support are listed over here

SmartThings works with cameras and doorbells

Check out what IFTTT does support as far as cameras go

I’ve had a Kuna for about a year, and we really like it. But so far the only integration is one that allows echo to turn the light on and off. Not even control of the siren. So we just have to wait for them.

Some people have taken a lux sensor and put it where it can recognize that the Kuna light has come on and then trigger some SmartThings events off of that. It’s a hack, and it’s not very satisfying, but it does meet some use cases.

I haven’t looked into the following possibility myself, but there might be a way using Tasker and sharptools to activate parts of the Kuna android app if you have an android device. @joshua_Lyon would know more.

As JD indicated, if there is a feature in the Kuna app that you want to control, you could do it with something like Tasker and AutoInput. This isn’t really the ideal scenario as your phone becomes a critical link in the chain, but if there isn’t an API or any other alternative means of integration then it might be one of your only options. Happy to help if I can - I don’t have a Kuna and I’m not familiar with it, but happy to help brainstorm the Tasker approach if you are interested in going that route.

If you are looking for Smartthings be able to react to motion detected by the Kuna you could do this with Tasker and Autonotification if Kuna sends you a notification when it detects motion. I don’t have a Kuna and don’t know exactly how it operates. If Kuna does notify you of motion, Autonotification can intercept the notice and allow Tasker with Sharptools to interact with Smartthings. @joshua_lyon has very good examples on how to accomplish such interactions.

I wish that there were a way for consumers to put more pressure on “closed service” smart gadgets to convince them to open up.

The problem is that Kuna is not a hardware company. They are a cloud surveillance service with very high monthly fees. That’s the market that their funders insist they stay locked in.

Part of the issue with Kuna camera lights is that they use image analysis for moton detection. The neat thing about this is the kuna feature of tacking on 15 to 30 seconds of video to the recording that occurred prior to the detection event - in other words you get to see what happened to cause the detection. One consequence is that there is no tying in to a sensor, instead one must look for actions that take place after image analysis as possible triggers. The easiest to my mind would be to trigger ifttt off of a kuna generated text alert. If one had multiple kunas, ifttt could trigger different actions based on the camera name inluded in the text message. There would of course be some lag in adopting this approach.

I wish I knew this before I bought it I like the camera aesthetically it fits right in to my decor the camera has grainy night vision but monitors my driveway SmartThings integration is a must. Very disappointed very very disappointed

This is why competition like Wyze Cam could put Kuna out of business.

This is why competition like Wyze Cam could put Kuna out of business.

Not the same device class.

The wyze cam is an indoor security camera with a motion sensor and two way audio. 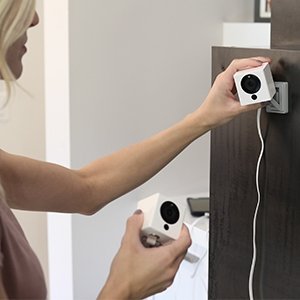 The Kuna is a nice looking Outdoor porch light with a built-in camera, including motion sensor, two way audio, and a siren. 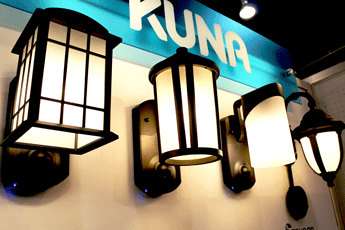 Not the same device class

The Kuna is indeed a nice outdoor sconce, but the camera is essentially identical. Wyze also has 2-way audio, night vision, and motion detection.

Wyze Labs has made no secret that they will be aggressively expanding their product line. Inserting the same “camera guts” into an outdoor sconce is a relatively trivial move, though they will likely do more traditional outdoor form factors first. … Doorbell cameras, for example.

The only reason I bought Kuna was that I needed a sconce anyway and it was on sale. I sure hope for eventual integrations, but until competitive pressure, it may never happen.

Wyze Labs has made no secret that they will be aggressively expanding their product line. Inserting the same “camera guts” into an outdoor sconce is a relatively trivial move

Yeah, you software guys always say the hardware part is “trivial…” which, you know, it’s not.

You try putting a camera 4 inches from a light source bright enough for a porch light and see what happens. Then add a motion sensor to it. Then a Wi-Fi radio.

This stuff is not easy. And it’s definitely not trivial.

To paraphrase Harrison Ford: “You can draw this stuff, George, but you can’t build it.”

Kuna filed for a patent in 2012 on their hardware design. It was granted in 2015. There’s a reason they don’t have competitors right now.

Hardware is hard. Even the “trivial” stuff.

Also, I find all the time when talking to nonengineers that they read a patent and think “well, that was obvious.” But it’s not the idea that gets patented. It’s the thing that can actually be built. The measurements matter. The wiring schematics matter. The physics matter. The practicality matters. That’s why it can take two or three years before a patent is granted.

The following is a good explanation for non-hardware people about what goes into a patent.

Can You Patent an Idea?

Under U.S. law, you cannot patent an idea. Understanding how the law differentiates ideas from inventions is a great way to learn some of the core tenants of patent law.

Even worse, I’m an acting “marketing guy” which means if potential customers can envision it, then it must be doable.

Wyze Labs just released a Pan/Tilt/Scan version of their camera (for only $10 more!), which is getting rave reviews, but also quite a bit of disappointment because customers were hoping that this Announcement would finally be for an official outdoor model: especially in doorbell and/or lantern form.

Also from a marketing perspective, though, I’m perplexed as to why they set the retail price so very, very low. They need only have beat comparable existing alternatives, rather than slice margin so thin. The extra revenue could have contributed significantly to R&D.

On the other hand, there’s plenty of benefits to rapid market penetration via irresistible pricing and perhaps making up for it in the future with add-on fees, high-end models, or continued high volume. They may end up in a losing battle against Amazon or Google though - both of whom can leverage existing branding to sell cheaper models and retake the market share…

Getting way off topic here, but Wyze isn’t a hardware company. Their two products are existing Chinese hardware. The hardware can be found as Xiaomi models for a similar price. They are a software company. They focus on app experience and device firmware that offers a lot of features out of cheap hardware.

They focus on app experience and device firmware that offers a lot of features out of cheap hardware.

Agreed… But that’s why I note that conceptually, Kuna’s and various doorbell cams are also “cheap hardware” inside a pretty case and paired with appropriate “app experience” - excepting any patent protected inventions, of course.

Wyze Labs can leverage the fact that they are “not a hardware company”. The Chinese make knockoffs of everything. A Kuna knockoff is within the realm of possibility. Many doorbell cam knockoffs already exist.

Wyze Labs can leverage the fact that they are “not a hardware company”. The Chinese make knockoffs of everything. A Kuna knockoff is within the realm of possibility. Many doorbell cam knockoffs already exist.

There may be a Chinese company that will make a Kuna knockoff, but it will violate their patent and you won’t be able to sell it at retail in the US.

Right now Wyze is using the Xiaomi hardware which is inexpensive, but surprisingly well engineered. Xioami is a huge consumer electronics company in China, and do invest a lot in original R&D. They have also made a number of strategic patent acquisitions. All in all they now hold over 5000 patents, some of them significant.

Xiaomi is now the fourth largest smart phone company in the world, with more than 15,000 employees across a number of different countries, and the US market valuation of more than $40 billion.

They make their IOT devices to work with their own IOT platform, so they tend to be idiosyncratic, but that doesn’t mean they’re poorly made.

A business plan based on taking Xiaomi devices and making them user-friendly for the US and European market is an interesting plan, but it’s not about cheap knockoff’s.

Well I sort of decided to take matters into my own hand and see if I can reverse engineer their API. I’ve made some progress for reading values but haven’t been able to set anything yet